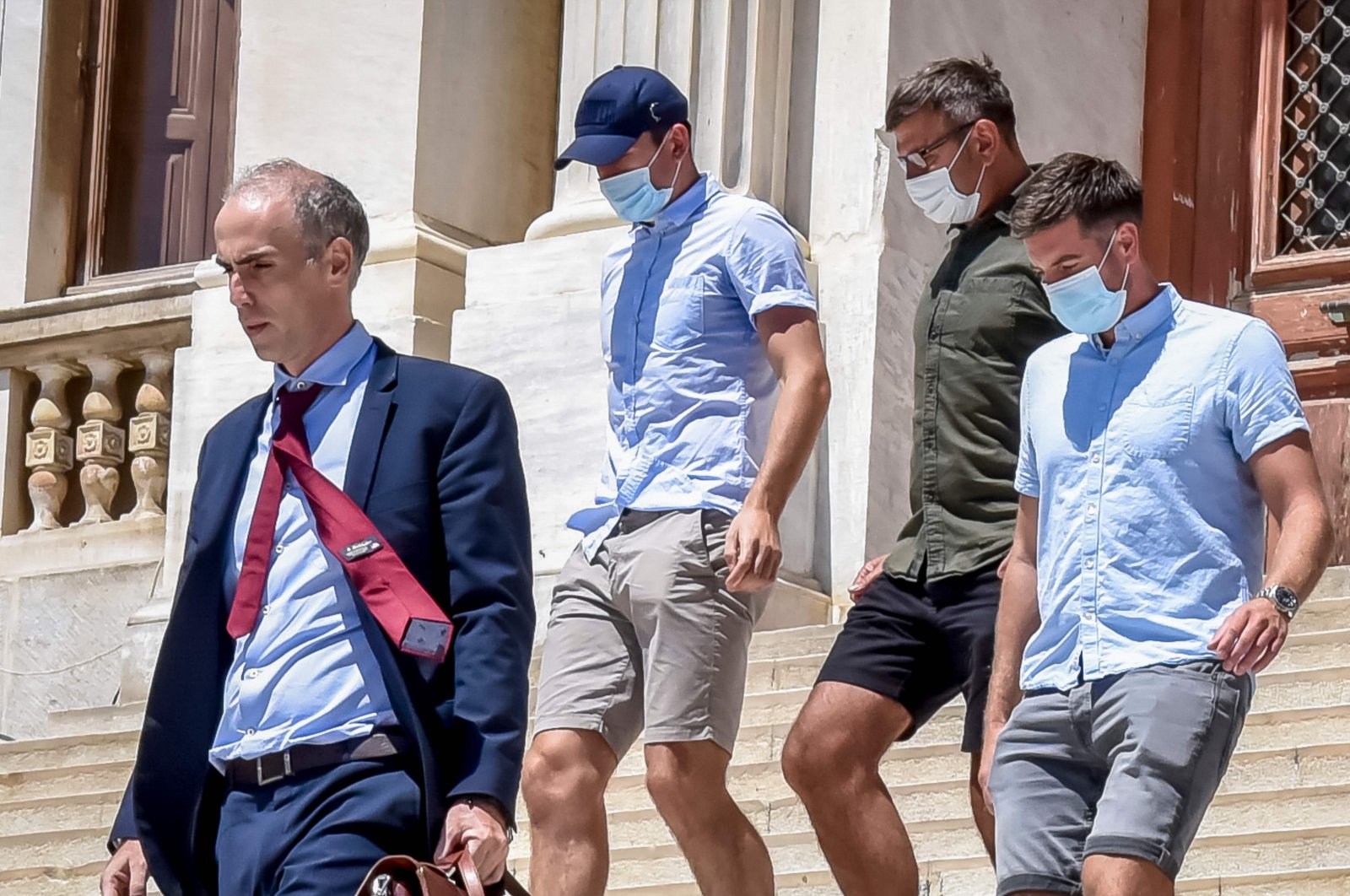 Manchester United captain Harry Maguire was released from Greek police custody Saturday, TV footage showed, ahead of a hearing on assault charges on the island of Mykonos.

Wearing a baseball cap and mask, Maguire was shown leaving a courthouse on neighbouring Syros, accompanied by what appeared to be members of his legal team boarding a dark minivan.

The England center-back's hearing has been set for Tuesday but he is not obliged to be present.

Manchester United said in a statement: "Following the appearance in court today we note the adjournment of the case to allow the legal team to consider the case file.

"Harry has pleaded not guilty to the charges. It would be inappropriate for the player or club to comment further while the legal process takes its course," the club said.

His lawyer Constantinos Darivas had earlier told Greek sports website gazzetta.gr that the England center-back had denied the charges, and was in "fine condition" despite spending two nights in detention since his Thursday night arrest.

Greek TV channel Mega said Maguire's father had flown to Greece to be at his son's side.

The case is being heard on the island of Syros, the administrative hub of the Cycladic island group that includes Mykonos.

The £80 million (88 million euros) defender was arrested late Thursday after what Greek police described as an "altercation" between two groups of British tourists on Mykonos.

Mega said Maguire had become enraged after someone in the other group struck his sister.

A Greek police statement on Friday said that three men aged 27, 28 and 29 had been arrested in Mykonos.

The police said an officer was punched on the scene, and that a second fight had broken out at the local police station where the three men "strenuously resisted (arrest), pushing and striking three officers."

One of the suspects then tried to bribe the officers to hush up the incident, the police said.

The suspects are accused of assault, resisting arrest, verbally insulting and threatening the arresting officers, and attempted bribery, the police said.

Mykonos is popular with sports stars and celebrities for its all-night nightlife and beaches.

United's 2019/20 season ended Sunday in a 2-1 defeat to Sevilla in the Europa League semi-finals.

But the club will be back in pre-season training in two weeks and could begin the new Premier League campaign in less than a month.

On Monday, Maguire tweeted after the elimination: "Time to go away, reflect, recover and be ready to come back stronger next season."