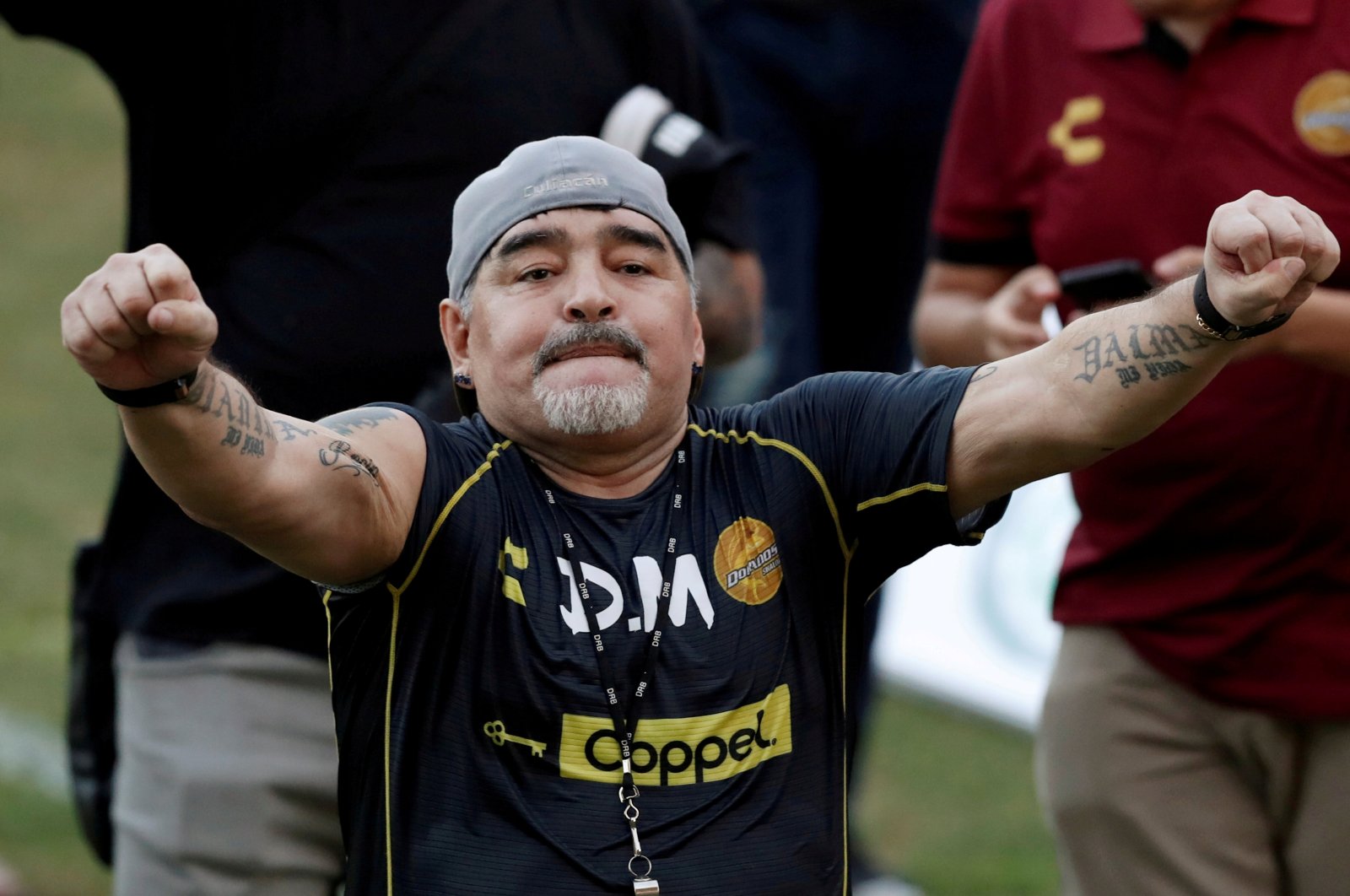 Argentine football great Diego Maradona was released from the hospital Wednesday and taken to a recovery clinic where he can be treated for alcohol dependency, his doctor told reporters.

The former Napoli and Boca Juniors player had emergency surgery eight days ago for a subdural hematoma, a blood clot on the brain.

Maradona was kept longer than expected due to withdrawal symptoms caused by his sudden abstention from alcohol.

His physician told reporters that the 60-year-old coach of Gimnasia y Esgrima finally left the hospital on Wednesday evening in an ambulance accompanied by family members.

He was headed to a rehabilitation facility in the north of Buenos Aires and will spend time there recovering from his alcohol problems.

Maradona's lawyer had said earlier he was in good health and willing to fight his disease.

"The good thing is that Diego is together, Diego is solid."

The hospital stay was the latest in a string of health scares for the charismatic and controversial Maradona who won the World Cup with Argentina in 1986 and is considered one of the greatest football players of all time.

"Diego has gone through maybe the most difficult moment of his life and I think it was a miracle that they found this bleeding in his brain that could have cost him his life," Morla said.