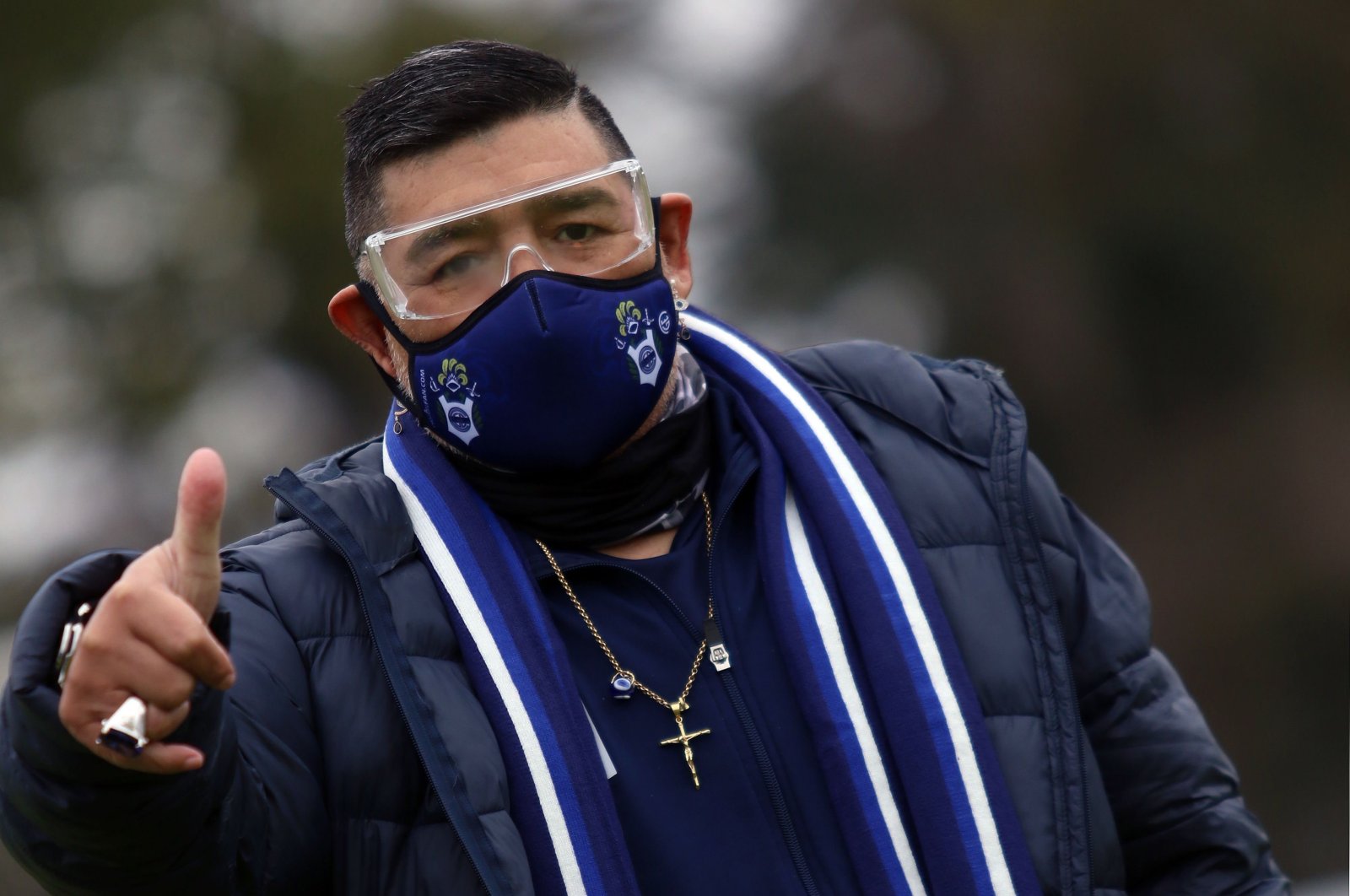 "We managed to successfully remove the clot. Diego coped well with the surgery," Leopoldo Luque said at the icon's private clinic in the capital Buenos Aires.

"It's under control, there's a little drainage (of blood). He'll remain under observation."

World Cup winner Maradona had been taken to hospital in La Plata – where he is the coach of top-flight side Gimnasia y Esgrima – on Monday for a series of tests after feeling unwell.

A scan revealed the blood clot, and on Tuesday he was transferred to the specialist clinic in a northern neighborhood of the capital.

Maradona, who turned 60 on Friday, has suffered ill health before. He has survived two heart attacks and also contracted hepatitis and underwent gastric bypass surgery.

Groups of fans congregated outside the clinic with banners showing Maradona's face and the words "Come on, Diego!"

"I came with my wife to support the greatest player of all time," fan Oscar Medina told Agence France-Presse (AFP).

"Once more his health has played a trick on him, but he has antibodies to recover with the help of the people," added Medina.

"I feel very sad and impotent, but we're going to stay by his side until the last day," said another fan, Matias Di Sciosio.

Earlier on Tuesday, Luque insisted it was "a routine operation" and that Maradona was "lucid" and "calm."

Argentine media speculated the clot was the result of a blow to the head.

Luque said the clot was "imperceptible" and that those suffering from one rarely remembered receiving a knock to the head.

"The operation consists of a small incision to drain the blood. In 24 or 48 hours the patient can leave the hospital," neurosurgeon Raul Matera told TyC Sports channel.

Maradona was transferred from the hospital in La Plata, 60 kilometers (37 miles) south of Buenos Aires, to the capital at 6 p.m. (9 p.m. GMT) accompanied by one of his daughters, Giannina.

Dozens of Gimnasia fans outside the La Plata hospital chanted his name as he left.

Earlier in the day, Luque claimed Maradona was feeling "much better and eager to leave" the hospital but insisted that the Gimnasia y Esgrima coach was suffering from anemia – a lack of iron in his system – and dehydration.

Luque said it has left him feeling "very weak, very tired." After further tests, he was diagnosed with a blood clot.

He also suggested Maradona's lifestyle had contributed to his condition.

"He's an elderly patient with many pressures in his life. It's a time when we must help him. It's very difficult to be Maradona," Luque said of the star, who celebrated his 60th birthday on Friday.

He said it was a condition that also affected current Vice President Cristina Kirchner when she was president.

The doctor ruled out any link to the coronavirus pandemic, which is ravaging the South American country, much of it still under confinement.

Maradona is considered at a high risk of coronavirus complications should he be infected.

Last week, he began self-isolation for the second time after a bodyguard displayed coronavirus symptoms, though he later tested negative.

He joined his players briefly at the club's training ground on his birthday but had obvious difficulty walking and had to be helped away by his assistants after staying only 30 minutes.

"It breaks my heart to see him like this," Giannina tweeted the next day.

Maradona has difficulty retaining iron due to a gastric bypass surgery he underwent in 2005 to lose 50 kilograms (110 pounds), leaving him prone to anemia, Luque said.

Though he has recovered from a well-documented addiction to hard drugs, Maradona takes medication in the form of tranquilizers and anxiolytics.

"With a patient on medication, there are times when hospitalization serves to adjust that medication. That's good," said Luque.

Gimnasia fans flocked to the La Plata clinic to leave messages of support for the ailing icon.

"What he needs most is the support of the people," Luque said.

Alongside Brazil's Pele, who turned 80 last month, Maradona is widely regarded as one of the greatest players of all time.