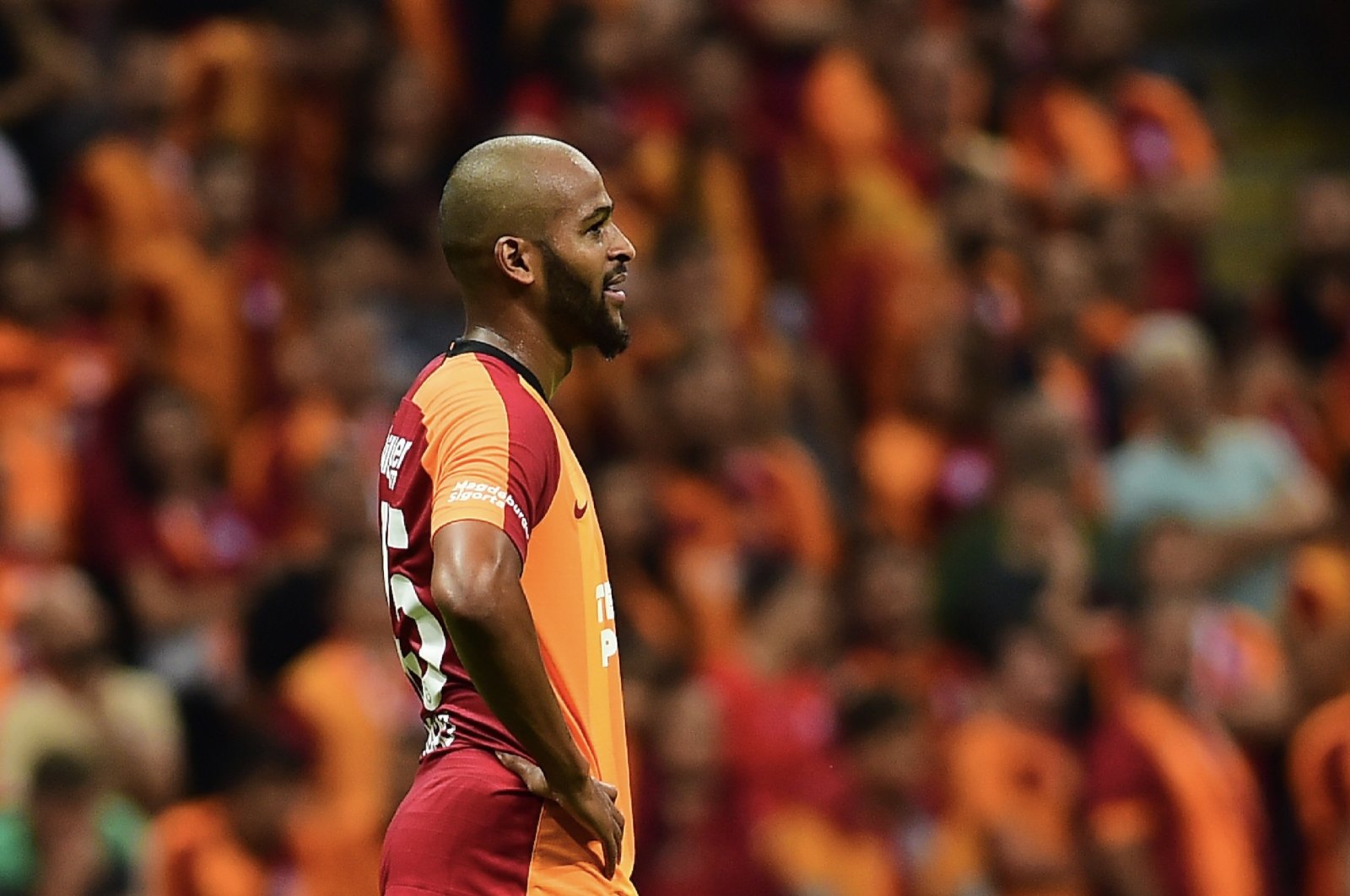 Turkish powerhouse Galatasaray's win in the season opener was marred by an uncalled-for incident Monday night when its Brazilian defender Marcao was shown a straight red for headbutting and punching teammate Muhammed Kerem Aktürkoğlu.

Though the exact reason behind the confrontation remains unknown, reports claimed that Aktürkoğlu told Galatasaray coach Fatih Terim that he only asked Marcao to “shut up” following a verbal dispute on the pitch.

Marcao, however, ran almost 50 meters, all the way from the defense, to confront Aktürkoğlu before headbutting him and landing a punch. The incident was immediately referred to the Video Assistant Referee (VAR).

After reviewing the footage, the Brazilian was sent off by referee Erkan Özdamar.

In the match, visitor Galatasaray took the lead in the 31st minute with Senegalese forward Mbaye Diagne converting an easy chance.

The Lions' Sofiane Feghouli had made an attempt from a through ball, but it was parried by Giresunspor goalie Okan Kocuk. Diagne ran toward the ball and put it into the net.

In the 37th minute, Galatasaray right back Sacha Boey was fouled in the area and the Istanbul side was awarded a penalty. Diagne stepped up and took the shot but was denied by Kocuk this time around.

Galatasaray was awarded a second penalty near the end of the first half. The referee pointed to the white spot after a VAR check.

Giresunspor's Husamettin Tut was shown a red after his foul on Diagne in the penalty area.

Romanian midfielder Alexandru Cicaldau converted the penalty successfully for Galatasaray, giving it a 2-0 lead at the end of the first half.

With the Marcao meltdown, Galatasaray was down to 10 men in the 63rd minute.

The red card disrupted the Lions' momentum during the match but they held on to secure a 2-0 victory.

In the other match of the night, a rampant Trabzonspor hammered Yeni Malatyaspor 5-1.

Anastasios Bakasetas, Anthony Nwakaeme, Gervinho, Marek Hamsik and Djaniny all made the scoresheet for the Black Sea club.

Malatyaspor's only goal was scored by Adem Buyuk.

This was the first week's highest-scoring game in the Süper Lig giving Trabzonspor an early lead in the table.

Malatyaspor, on the other hand, ended up at the bottom of the league table following the heavy defeat.