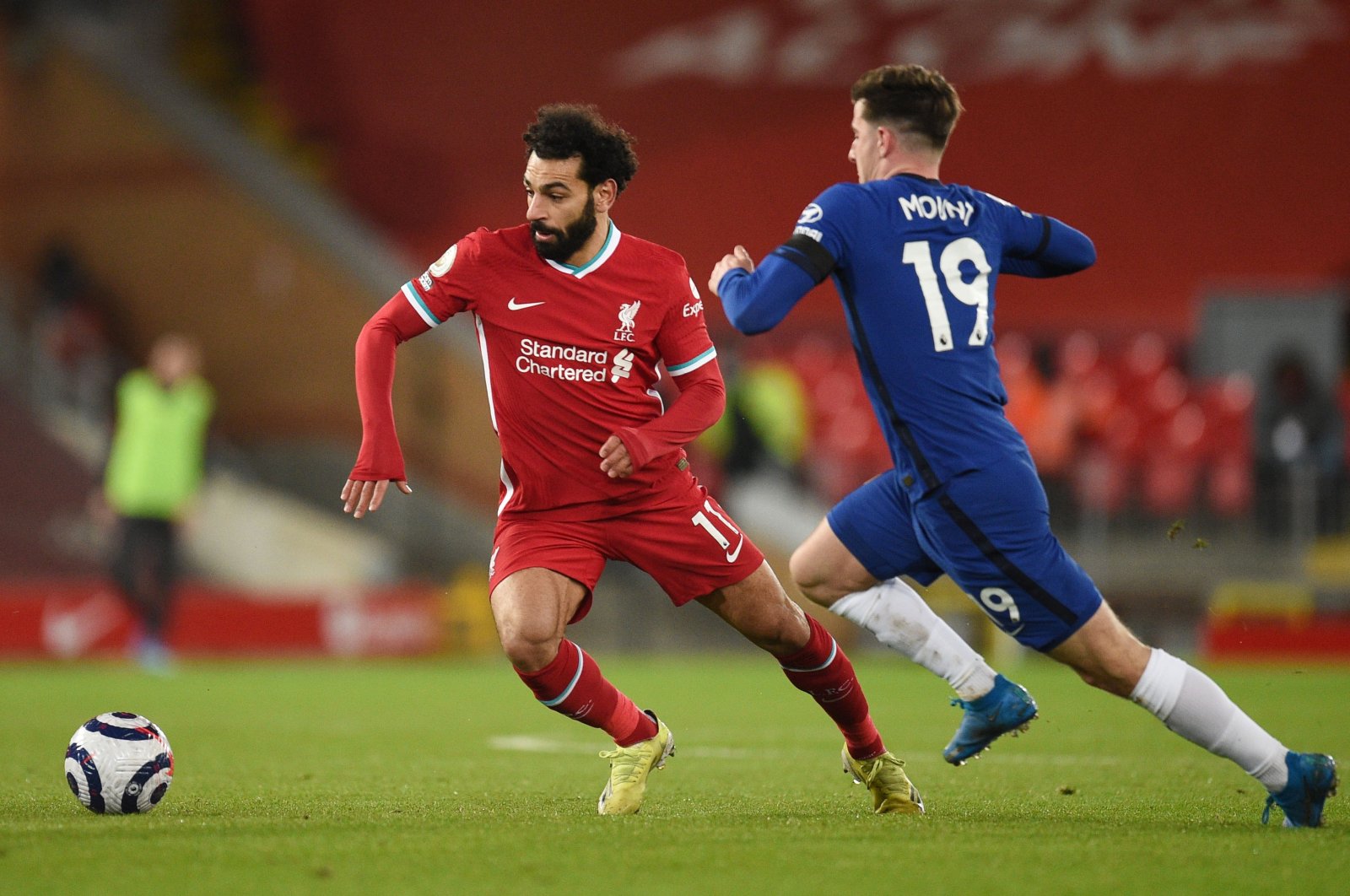 Mount cut in to curl a low shot past Liverpool keeper Alisson in the 42nd minute, after Timo Werner had earlier had a goal disallowed, to give Chelsea a deserved halftime lead.

Thomas Tuchel's side then showed great defensive discipline to stand firm in the second period as Liverpool improved.

Liverpool, who substituted a disgruntled Mohamed Salah in the second half, struggled to carve out clear chances, though, and managed only one effort on target.

Chelsea, unbeaten since Tuchel replaced Frank Lampard in January, has 47 points from 27 games, one more than Everton who had briefly gone fourth by beating West Bromwich Albion.

Liverpool's title defense is in tatters and Juergen Klopp's side has slumped to the seventh spot with 43 points from 27 games. Remarkably, its five successive home league defeats have come after it had lost none of the previous 68 games at Anfield.

"It's very tight around the top four and these big games we need to win," Mount said. "Tonight maybe we could have had a couple more goals. We had to be brave and win the ball back high and that's where the goal came from."

Tuchel is now unbeaten in 10 games in the Stamford Bridge hot seat and Thursday's victory was another tactical masterclass by the German who last week crafted an eye-catching 1-0 win at Atletico Madrid in the Champions League.

His side's relentless pressing was too much for Liverpool in the first half, while it cleverly mixed up the angle of their attack to keep Klopp's side firmly on the back foot.

Werner should have put Chelsea ahead in the 12th minute but failed to connect with a volley and the German striker then latched on to a long pass forward and nicked it past the out-rushing Alisson before rolling the ball home.

Liverpool was spared by an agonizingly tight VAR offside decision on that occasion but did not learn its lesson.

Just before halftime, N'Golo Kante's long pass found Mount on the left. The young midfielder cut in past Trent Alexander-Arnold and arrowed a right-footed shot inside the far post.

Liverpool did show more of their trademark intensity after the break but Chelsea was unruffled.

Werner had the chance to make the points safe but was denied by Alisson while Liverpool's only attempt on target came late on as defender Ozan Kabak forced a comfortable save from the relatively under-employed Edouard Mendy.