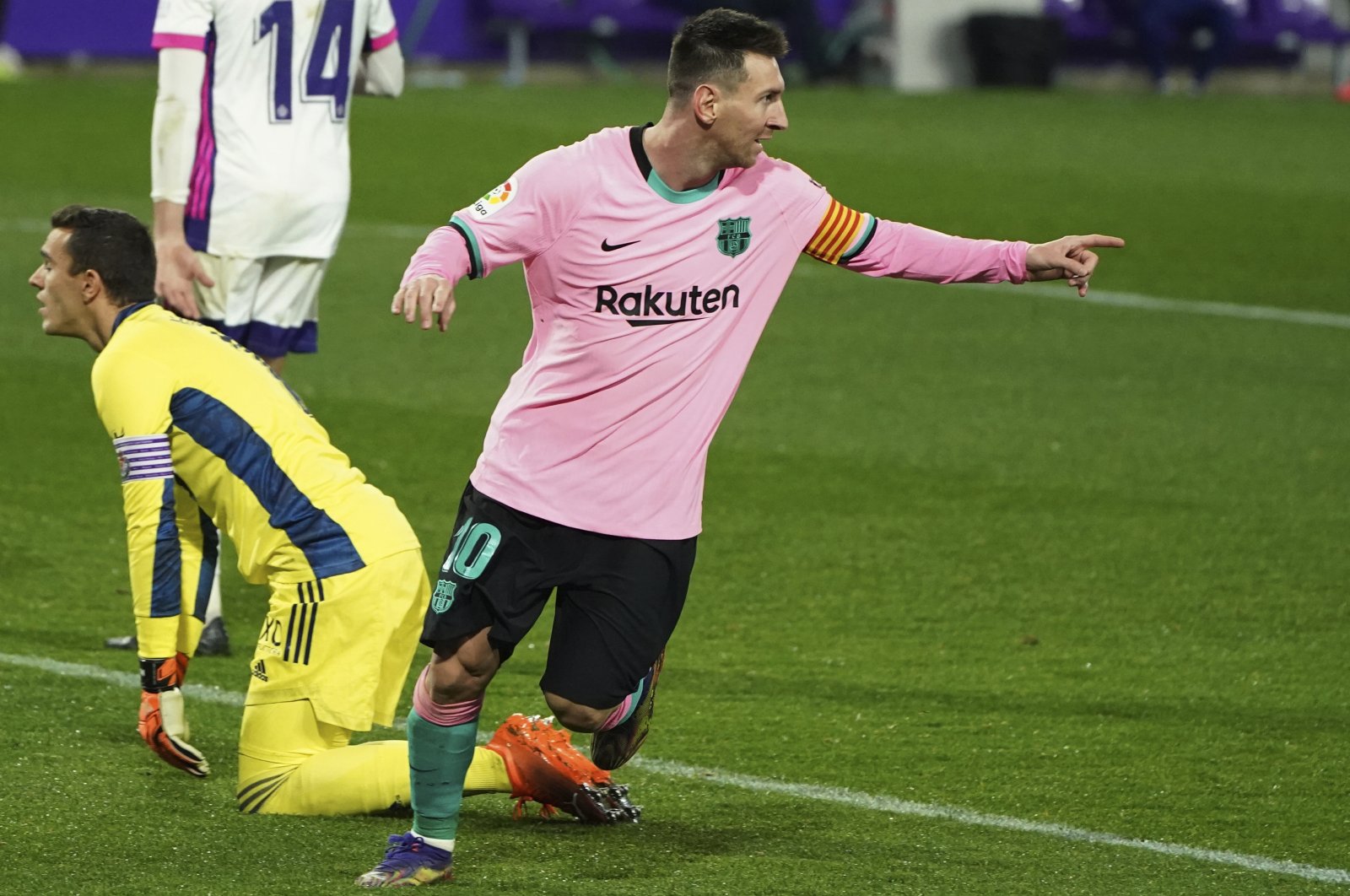 Lionel Messi became the all-time top scorer for a single soccer club on Tuesday after scoring his 644th goal for Barcelona during their La Liga match against Real Valladolid, surpassing Pele's record goal haul for Brazilian side Santos.

The 33-year-old Argentine, who matched Pele's mark of 643 goals with a strike against Valencia on Saturday, scored the third goal in the 65th minute as Barca won 3-0 at Valladolid.

"When I started playing football I never thought I'd break any record, especially not the one I achieved today that Pele held," Messi wrote on Instagram after the match.

"I can only give my thanks to everyone who helped me during these years, my team-mates, my family, my friends, and everyone who supports me every day."

It is yet another record for Messi, who joined Barcelona at age 13 and made his competitive debut at 17 in 2004.

On Saturday, after Messi scored his 643rd goal and equaled Pele's record, the Brazilian great praised him on Instagram.

"When your heart overflows with love, it is difficult to change your path," he wrote.

"Stories like ours, of loving the same club for so long, unfortunately will be increasingly rare in football. I admire you very much, Leo Messi."

Messi, 33, tried to force his way out of Barcelona in the summer but was frustrated as then-president Josep Maria Bartomeu refused to let him walk away for free.

The captain has since reiterated his commitment to the club, with whom he has a contract until the end of the current season, although there remains a lot of speculation about his future.

Messi also holds the record for most Ballon d'Or wins, claiming his 6th in 2019.