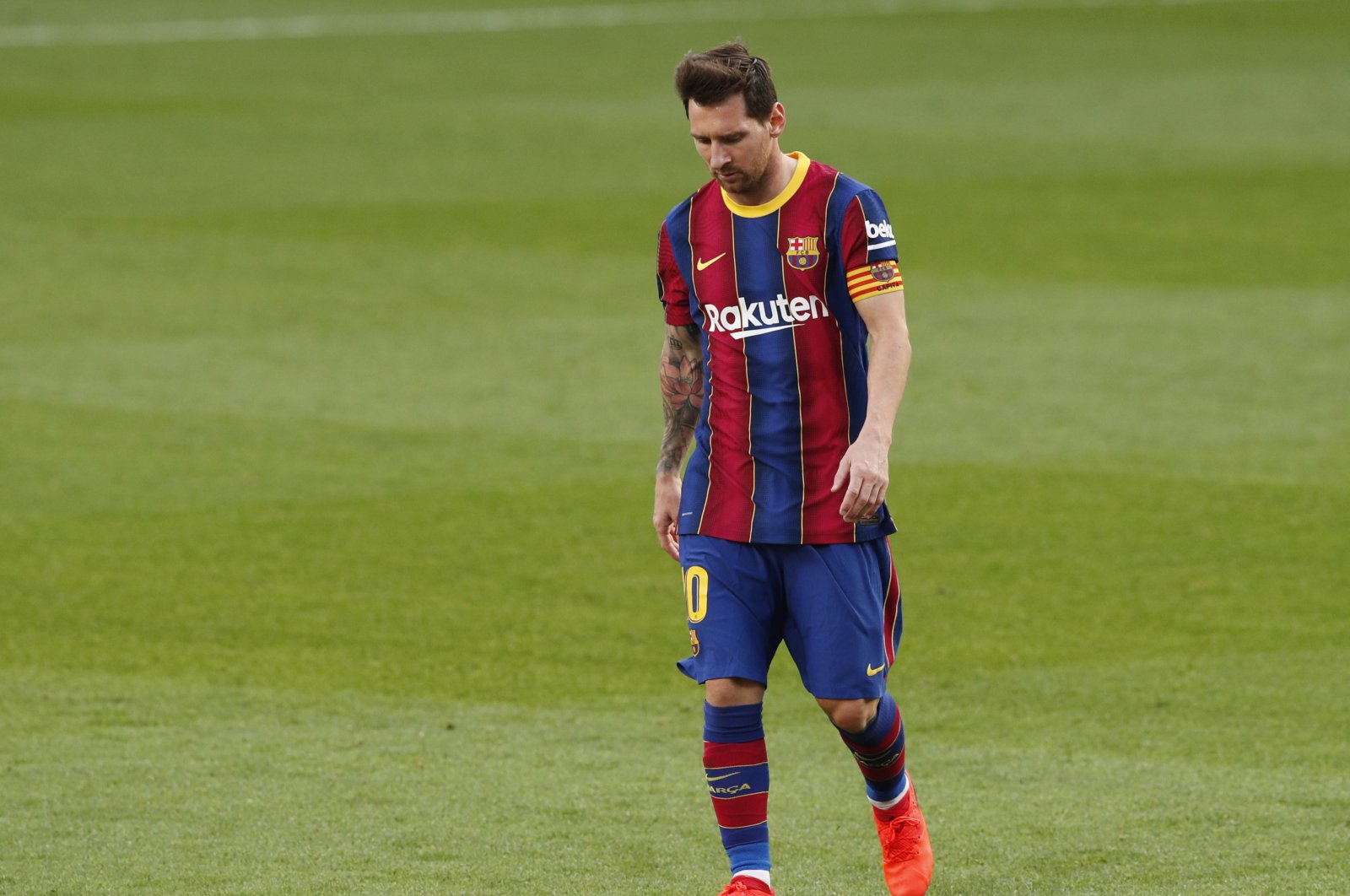 It was preseason 2018 when Lionel Messi took the microphone at the Camp Nou and told supporters the team would do everything to win what he called "that beautiful cup."

The Champions League has eluded him since then. Wednesday's match against Juventus in Italy will in some way indicate how close Barcelona is to make a real challenge for the trophy this season.

Barca’s comfortable opening 5-1 win over Hungarian side Ferencvaros at home was expected, but an away game against the Italian champion will be a better way to measure what's to come.

After Messi's bold statement in 2018, the team crashed out in the semifinals to Liverpool at Anfield in 2019 and was destroyed 8-2 last season by Bayern Munich in the quarterfinals.

Messi's form does not inspire a great deal of confidence at the Catalan club either.

He has scored twice so far this season for Barcelona, but both times from the penalty spot. He is running more than ever, but chances are harder to come by with Luis Suarez, the player who gave him more assists than any other in his career, now at Atletico Madrid.

Messi's performance against Real Madrid on Saturday was a microcosm of his season so far. There were moments of magic, but there were also long spells when he struggled to make an impact.

He drew fouls from Casemiro, who was booked, and Nacho in the first half, and it was his pass over the top for Jordi Alba that set the left-back clear to cross for Ansu Fati to score.

He then had the chance to give Barcelona a better advantage only for Thibaut Courtois to save the shot at his near post.

But after the half-time break, Messi faded, unable to lift his team after they fell behind to Ramos' penalty.

When the whistle blew at full-time, he had touched the ball 98 times but finished without a goal, and has now gone six El Clasicos, 515 minutes, without scoring. Since Cristiano Ronaldo left La Liga, Messi hasn't scored against Real Madrid.

With Ronaldo's presence in the Champions League fixture still on hold and depending on a negative coronavirus test result before the match, all eyes will be on how Messi reacts while playing his old opponent's team.

Barcelona coach Ronald Koeman has had to tread carefully around his captain so far.

Koeman had indicated that he wanted more from Messi but somehow rectified that when he said before the Ferencvaros game: "I am happy with him and the way he is working. I don't have any complaints. And I have no doubt about the performances we are going to see from him in the next few games."

Koeman knows the best way he can help Messi is playing the right players alongside him.

On Saturday against Madrid that meant lining up 17-year-old Ansu Fati and Pedri, and Philippe Coutinho. Fati is Barcelona's top scorer and will surely keep his place in the starting lineup against Juventus, but Coutinho is injured and Pedri will be rested.

That means Antoine Griezmann comes back into contention. It's no secret that the two have not hit it off on the pitch so far.

It is in both their interests to change the situation against Juventus. And it may be the only chance Barcelona has to bring that "beautiful cup" back to the Camp Nou.