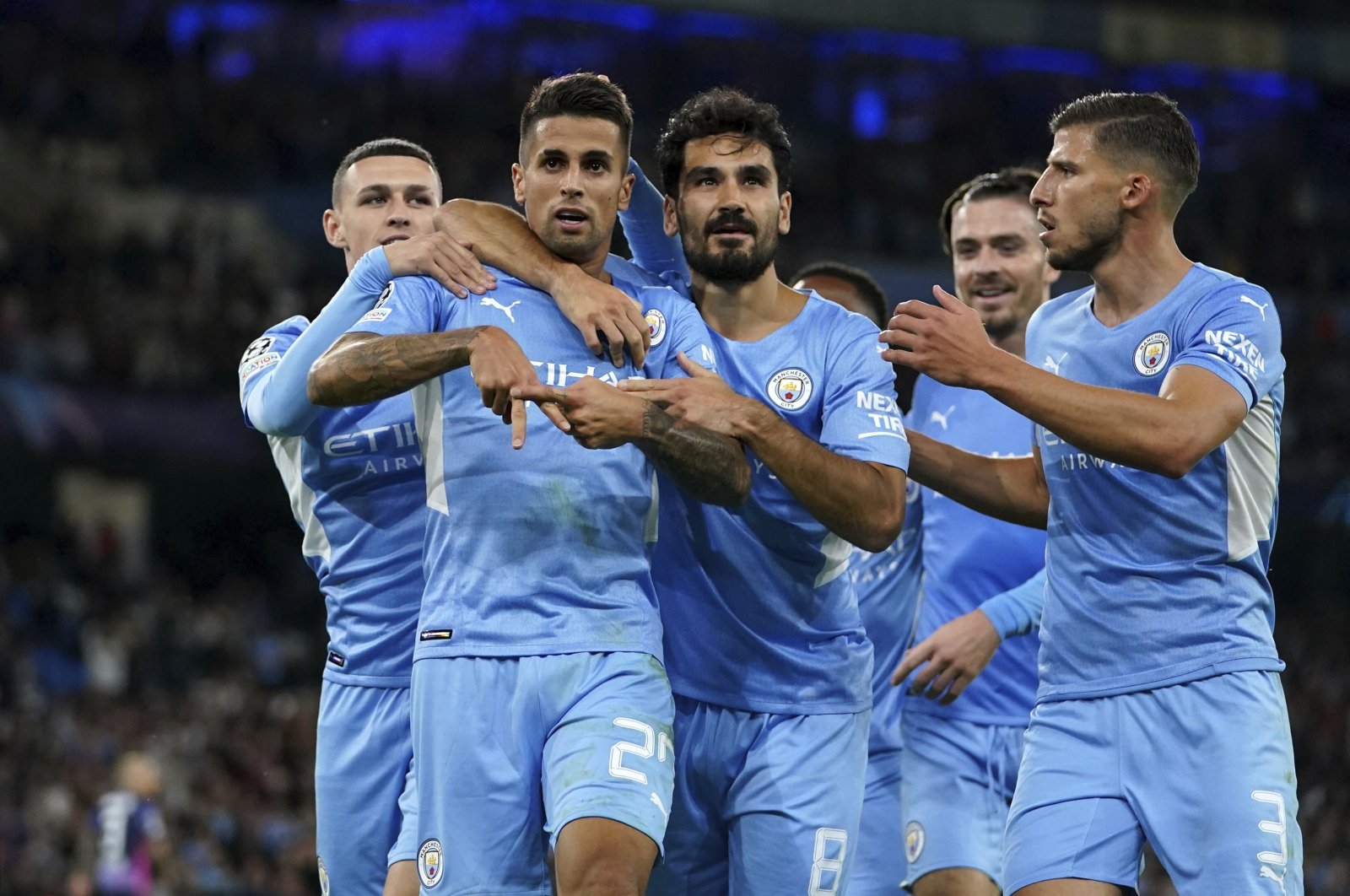 Manchester City won a nine-goal epic against RB Leipzig while Lionel Messi made his Champions League debut for Paris Saint-Germain in a disappointing draw at Club Brugge on Wednesday.

Jack Grealish marked his Champions League debut with an assist and a goal in Manchester City’s wild 6-3 win over Leipzig, whose forward Christopher Nkunku scored a hat trick in vain in the opening match of Group A.

Nathan Ake headed City ahead from a corner and Nordi Mukiele's own goal doubled their advantage, but Nkunku nodded in to get Leipzig back in the game.

Riyad Mahrez added a third with a penalty before half-time only for Nkunku to head in again early in the second period.

Grealish scored City's fourth, with Nkunku completing his treble before Joao Cancelo and Gabriel Jesus strikes wrapped up a wild victory for City.

Leipzig finished with 10 men after former City player Angelino was sent off for a second booking.

In the group's other game, PSG’s formidable attacking trio of Messi, Neymar and Kylian Mbappe was left frustrated by a spirited Club Brugge in a 1-1 draw. Brugge captain Hans Vanaken drew the host level in the 27th minute after Mbappe set up Ander Herrera’s opener in the 15th.

Messi curled against the bar from the corner of the area in the first half but PSG then lost Mbappe to injury and had to settle for a point against a team viewed as makeweight in the group.

In Group B, Liverpool captain Jordan Henderson hit the winner for Jurgen Klopp's side as it came from behind to defeat Milan 3-2 at Anfield in a meeting of two clubs who have combined for 13 European championships.

The momentum swung sharply in Milan's favor as Ante Rebic and Brahim Diaz struck twice in as many minutes before the break.

Salah atoned with an equalizer in the 49th minute before Henderson drove in on the half volley from the edge of the box.

In the other Group B game, Spanish champion Atletico Madrid drew 0-0 at home to Porto, who was frustrated by a decision to disallow Mehdi Taremi's late goal.

Rodrygo snatched victory for Real as he flicked in with a minute to play in Milan, stunning Inter who had dominated much of the game and forced Thibaut Courtois into several saves in Group C.

Sheriff, from a tiny pro-Russian separatist region of Transnistria in Moldova, is the first club from the ex-Soviet country to reach the group stage of the Champions League.

Earlier on Thursday, Borussia Dortmund beat Beşiktaş 2-1 in Istanbul in the group's other fixture.