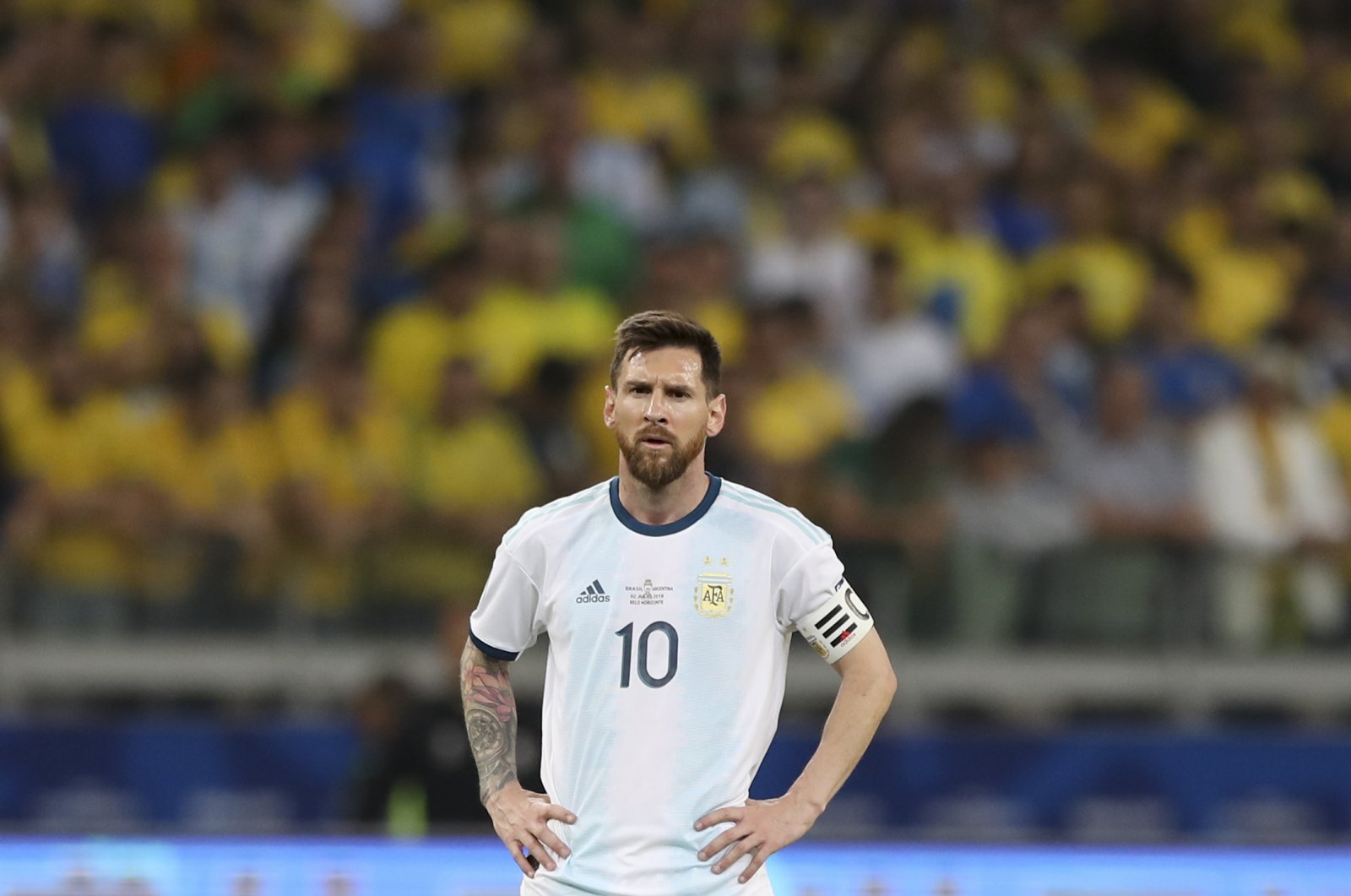 Lionel Messi and Neymar return to national team duty this week to launch World Cup qualifying campaigns that the South American superstars hope will lead to glory in Qatar in 2022.

If Messi leads Argentina to its third world title and first since 1986, it would finally win him a place in the hearts of Diego Maradona’s faithful. At odds with Barcelona, the 33-year-old Messi will be the key for his team, beginning when they host Ecuador on Thursday.

Though younger than Messi, Neymar could also be approaching his final opportunities to lead Brazil to a sixth World Cup. Neymar will be 30 when Qatar hosts the tournament in November and December of 2022.

Neymar, celebrated at Paris Saint-Germain after a Champions League runner-up campaign but still criticized by local fans, has a chance to start regaining their love when they host Bolivia on Friday. Brazil last won a World Cup in 2002.

“We need to play every match as if this was already the World Cup,” Brazil midfielder Bruno Guimaraes said.

Games will be played between Thursday and Tuesday in empty stadiums due to coronavirus restrictions. The South American soccer confederation convinced most local authorities to lift quarantine measures for incoming players.

Ten teams are battling for four direct berths. Brazil, Argentina, Uruguay and Colombia, in that order, start as favorites for those spots. The fifth-best team can earn qualification through an intercontinental playoff, with Peru and Chile as strong contenders. The qualifying phase ends in March 2022.

Messi will have more liberty under Argentina coach Lionel Scaloni than he has had at Barcelona with new coach Ronald Koeman. He was not expected to play due to a red card during the 2019 Copa America, but the punishment was erased because it was supposed to be carried out within one year.

Lautaro Martinez, who is in great form at Inter Milan, and Sevilla's Lucas Ocampo will play supporting roles to Messi. Manchester City's Sergio Aguero is injured.

Messi has not played for Argentina since Nov. 18, in a 2-2 draw with Uruguay.

Gustavo Alfaro of Argentina will make his debut as Ecuador's coach in the match at the historic La Bombonera stadium in Buenos Aires.

Meanwhile, Brazil's first training with the full squad Tuesday suggests an old partnership will be revived. Philippe Coutinho, a European champion with Bayern Munich and an improving player at Barcelona, looked set to be back in the starting lineup for Friday's clash in Sao Paulo.

Coutinho and Neymar have played together since Brazil's youth teams, but the midfielder had struggled to get a place since the 2018 World Cup in Russia.

Cesar Farias of Venezuela will be in charge of Bolivia for the first time, as an institutional crisis continues following the death of Cesar Salinas, the president of the Bolivian football federation, in July. Salinas died from complications linked to COVID-19.

The most balanced first-round match will be played in Montevideo. Uruguay coach Oscar Tabarez said the lack of home support could impact the result.

“Today in top European leagues, in these circumstances, the big teams lose points," Tabárez said. "The attendance is an important part.”

Veteran striker Edinson Cavani, who signed for Manchester United after leaving Paris Saint-Germain, was not called.

Chile's soccer body said Tuesday that right-back Mauricio Isla will not play against Uruguay due to COVID-19.

Elsewhere, James Rodriguez will lead Colombia against Venezuela on Friday after scoring three goals in four matches for Everton.

“Now he arrives to this team playing regularly, with more confidence and fewer injuries. That will be good for all of us," coach Carlos Queiroz said Tuesday.

Colombia won't have Napoli goalkeeper David Ospina, who did not travel because of an outbreak of COVID-19 in the Italian team.

Venezuela, the only South American team that has never qualified for the World Cup, now has Portuguese coach Jose Peseiro in charge.

Peru's coach, Ricardo Gareca, is excited about traveling to Asuncion for the clash against Paraguay. Gareca, who is Argentinian, hasn't left Peru for seven months, since the pandemic hit.

“Some other day I saw my daughter, but it has been a while since I last saw my wife and my kids, only doing that online,” Gareca said Tuesday.