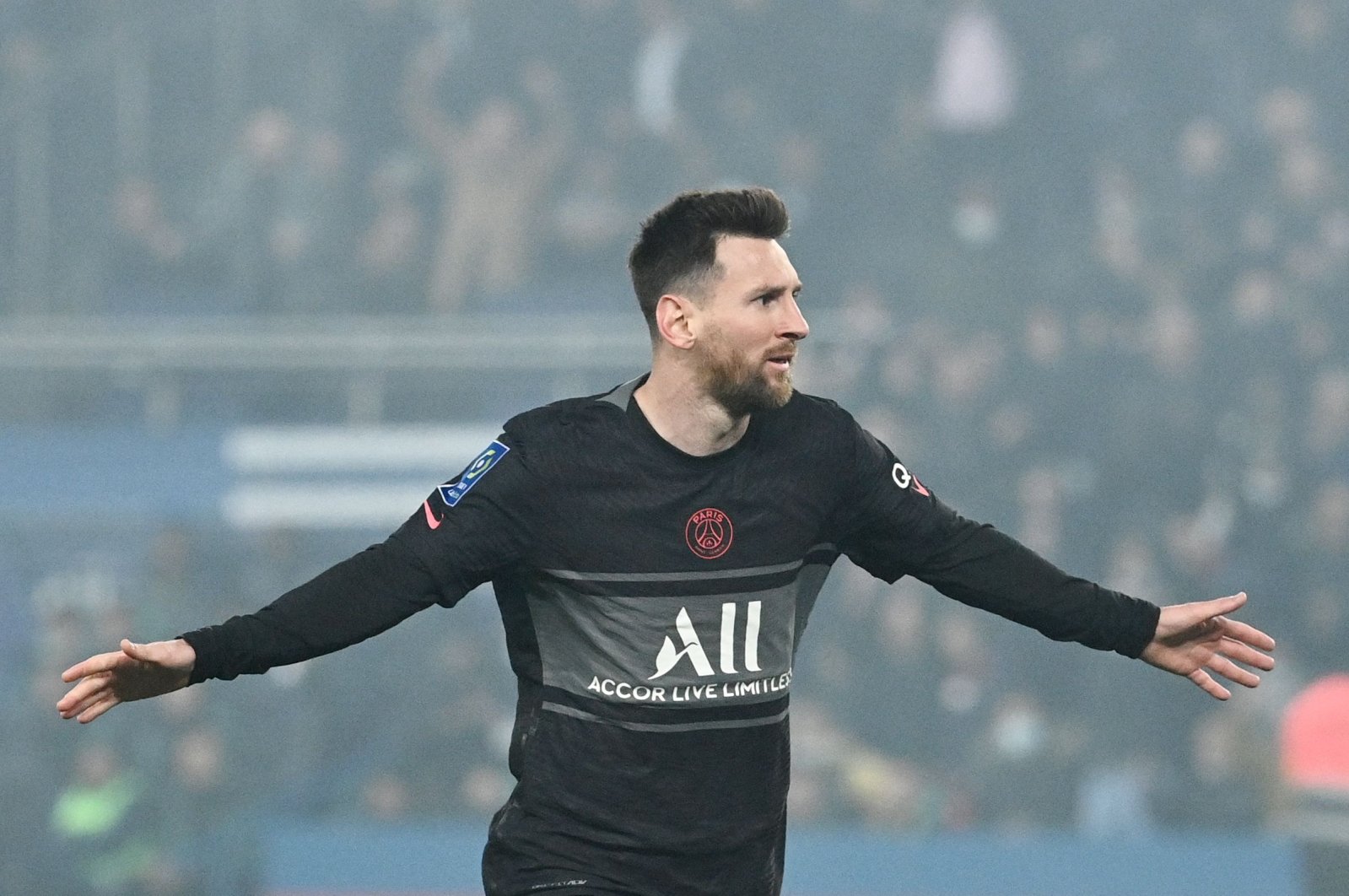 Superstar Lionel Messi scored his first ever goal in the Ligue 1 on Saturday as Paris Saint-Germain stretched its lead on top of the table to 13 points despite playing nearly half-an-hour with 10 men after goalkeeper Keylor Navas received a red card in the match against Nantes that finished 3-1.

Kylian Mbappe carried on his prolific goalscoring run with an early opener at the Parc des Princes, but Randal Kolo Muani equalized for Nantes in the second half after Navas was sent off.

A freak own goal by Dennis Appiah put PSG back in front with 10 minutes left before Messi wrapped up a 12th win in 14 league games this season ahead of next week's Champions League trip to Manchester City.

Mauricio Pochettino's side increased their lead over Lens at the top to 13 points.

Messi missed PSG's past two games before the international break through injury, but returned to form a fearsome attack alongside Neymar and Mbappe after leading Argentina to a place at the 2022 World Cup.

Nantes had beaten PSG on their last visit to the capital in March, but Mbappe ensured the hosts made an ideal start by redirecting Leandro Paredes' long-range effort past Alban Lafont.

The France star has scored seven times in his last four outings after netting five goals for his country in World Cup qualifying wins over Kazakhstan and Finland over the past week.

Lafont produced a series of fine saves to keep Nantes in the game, twice thwarting Messi while also denying Neymar and Mbappe with his legs.

Nantes sensed their opportunity though when Navas was shown a red card on 65 minutes for flattening Ludovic Blas after charging outside his area in pursuit of a long ball.

With Gianluigi Donnarumma ill, third-choice Sergio Rico came on for his first appearance of the season at Neymar's expense, almost immediately making a brilliant reflex stop from point-blank range.

Rico again reacted sharply to repel a header from Kolo Muani, but the Nantes striker was quickest to the rebound and back-heeled over the line – with goal-line technology confirming it had crossed before Rico parried clear.

PSG regained the lead through a huge stroke of luck as Appiah's attempt to cut out a pass from Messi looped over a stranded Lafont from 20 meters (65 feet).

The six-time Ballon d'Or winner then sealed the points four minutes from time, receiving a pass from Mbappe 35 meters out and drifting toward the area before sweeping into the far corner.