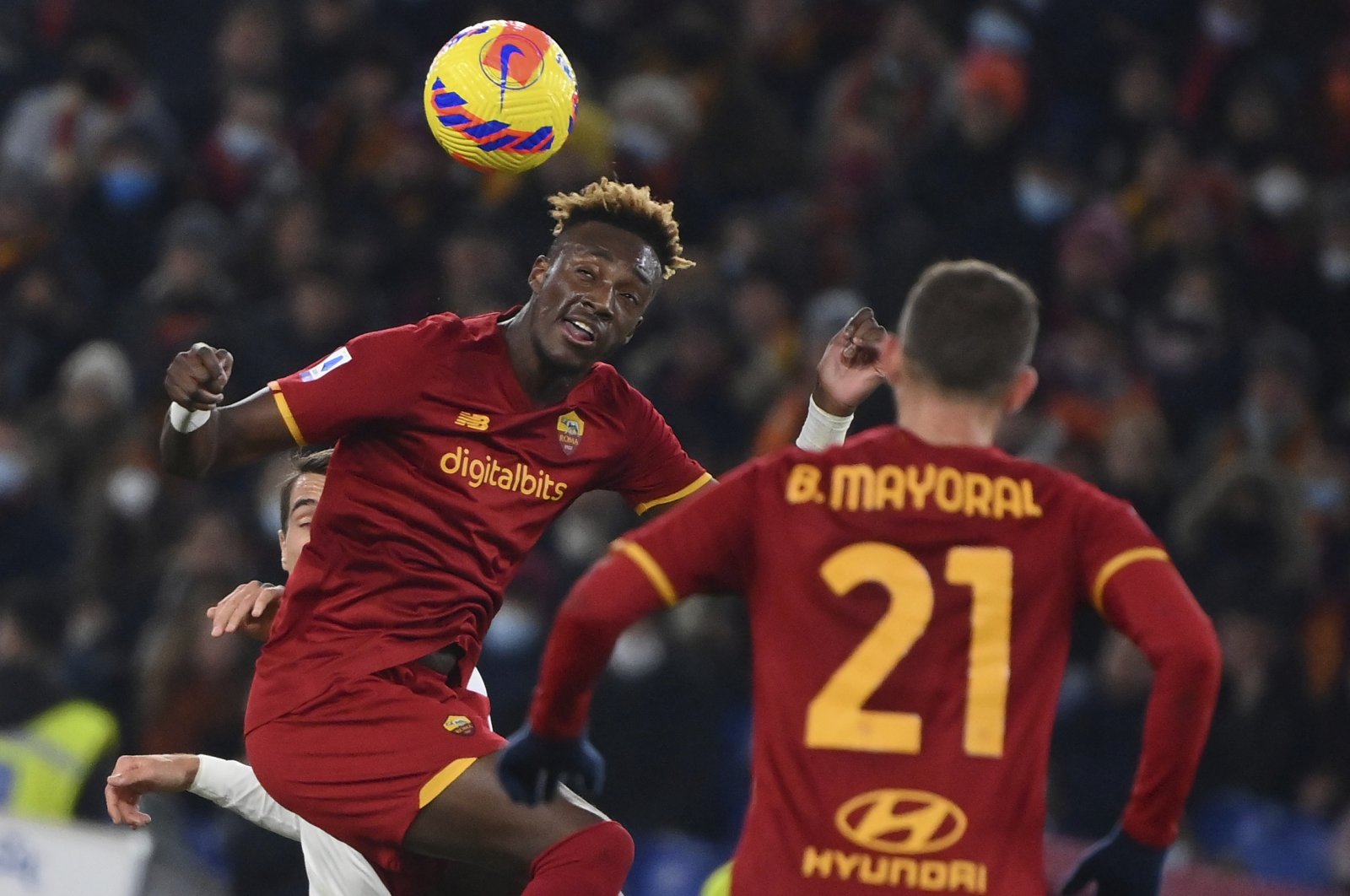 Roma overtook struggling Juventus in goal difference after Jose Mourinho's side successfully ended a worrying recent run of form with a 2-0 win over Spezia Monday.

Goals from corners in each half from Chris Smalling and Roger Ibanez put Roma back on track following defeat at Bologna and a home hammering at the hands of champions Inter Milan last weekend.

Roma is up to sixth on 28 points, two points behind Fiorentina who holds the Europa League qualification spot and level with Juventus, in seventh after drawing at Venezia on Saturday.

However, it is some way from its true objective of Champions League football as it sits eight points behind fourth-placed Napoli, and missing some key players failed to convince at the Stadio Olimpico in Rome.

"I was pleased with the goals because we spent 25 minutes working on corners yesterday," Mourinho told Sky Sport Italia.

"I'm also pleased with the result but I didn't like the way we played ... even when we were two goals ahead I didn't feel like the match was over."

An 11th defeat for Spezia leaves Thiago Motta's team just two points and one place above the relegation zone, despite a spirited display that probably deserved at least a goal.

Smalling put Roma ahead with his first league goal of the season in the sixth minute when, completely unmarked at a corner, he casually met countryman Tammy Abraham's headed effort from a corner with a header of his own that Ivan Provedel had no chance of saving.

Abraham was also involved when the host was unlucky to not double its lead in the 25th minute, the England international cleverly flicking a pass to Matias Vina who then watched his goal-bound effort well tipped away by Provedel.

And after Rui Patricio stopped Arkadiusz Reca from drawing the away side level Abraham was denied his fifth league goal of the season by the bar in first-half stoppage time.

The former Chelsea striker met Henrikh Mkhitaryan's fizzing cross with his chest and hit the woodwork for the seventh time this season before Jordan Veretout's rebound drive was kept out by a combination of Provedel and Martin Erlic.

However, Roma did have its second 10 minutes after the break, following a brief burst of Spezia dominance, when Ibanez met Veretout's corner with a thumping header amid more sloppy set-piece defending from Spezia.

Roma was more or less assured of the points by VAR shortly afterward, with Rey Manaj's clearly offside goal ruled out after the on-field officials had initially allowed the Albanian's close-range strike to stand.

There was time for one more incident though, as talented teen Felix Afena-Gyan rattled home what he thought was Roma's third in added time after obviously handling in the build-up and received a second booking while still celebrating with the crowd.