Napoli to face Juventus after winning appeal over forfeit match 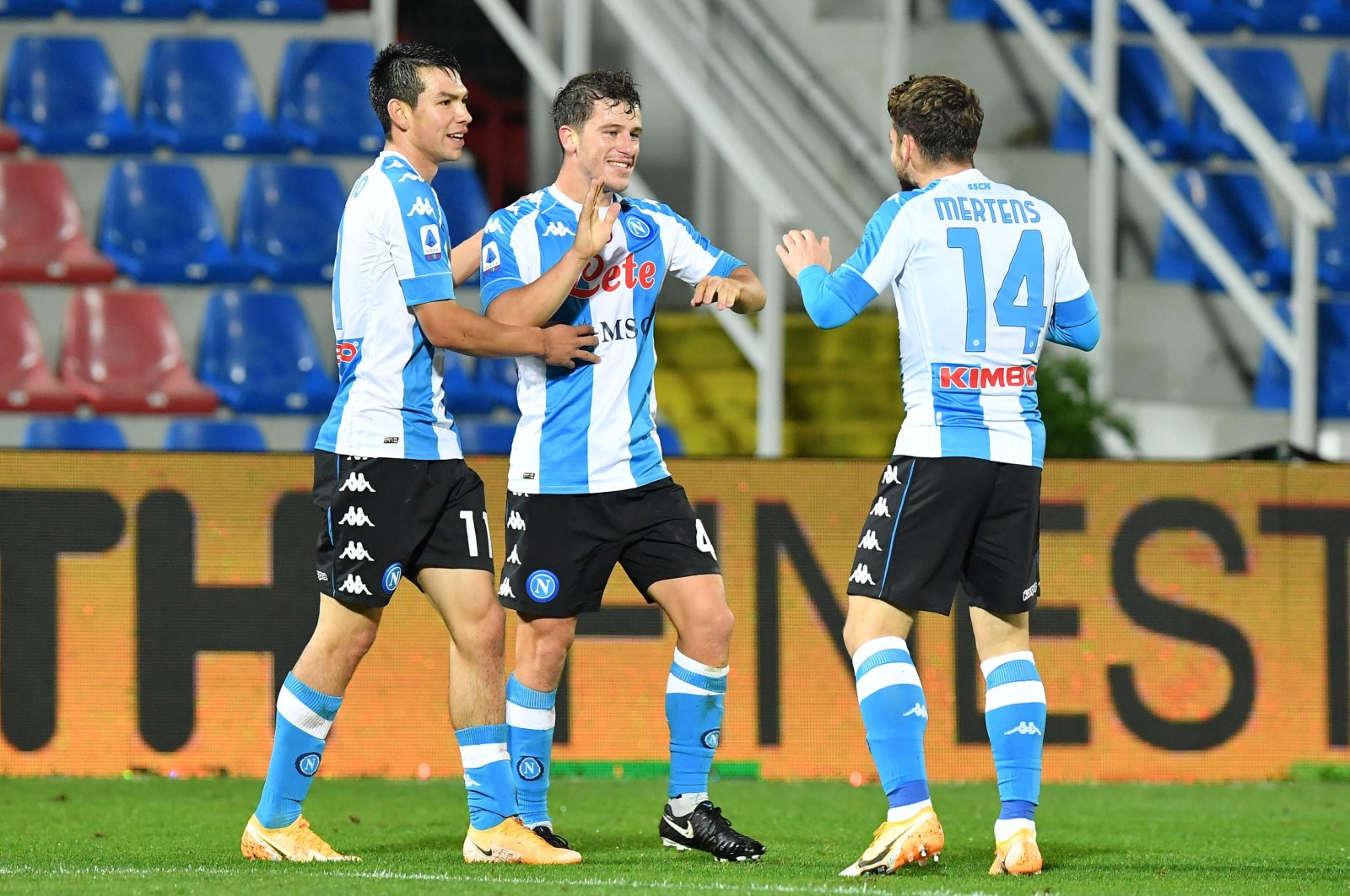 Napoli's Diego Demme (C) celebrates with teammates after scoring a goal during the Serie A match against Crotone at the Ezio Scida Stadium in Crotone, Italy, Dec. 6, 2020. (EPA Photo)
by Reuters Dec 22, 2020 10:01 pm
RECOMMENDED

Napoli has won an appeal against the decision to hand it a 3-0 defeat and deduct one point for failing to play its Serie A match at Juventus in October amid confusion over Italian football’s COVID-19 rules.

The Italian Olympic Committee (CONI) confirmed on its official website that its Guarantee Board, the highest tribunal in Italian sport, had accepted Napoli's appeal and ordered that the match be played.

Tuesday's decision left Napoli and Juve level on 24 points from 12 games, the same total as AS Roma which, like leaders AC Milan (31) and Inter Milan (30), has played 13.

Previously, Juventus – which is chasing a 10th successive title – had been third with 27 points.

There was no immediate comment from Napoli or Juve on the decision.

Napoli did not travel to Turin for the Juve game on Oct 4., saying the local health authority (ASL) had told the players to stay at home after two members of the squad tested positive for COVID-19.

Serie A turned down Napoli's request to call the game off, resulting in bizarre scenes at the Allianz stadium.

With the game still officially on, the stadium was opened and the floodlights switched on.

Juventus, which named its players, and the match officials were present and had to wait until 45 minutes after the scheduled kickoff time before the game was officially abandoned.

Serie A's disciplinary tribunal, in handing Napoli a 3-0 defeat and deducting a point, rejected the club's claim of force majeure and said there was a clear health protocol for professional football.