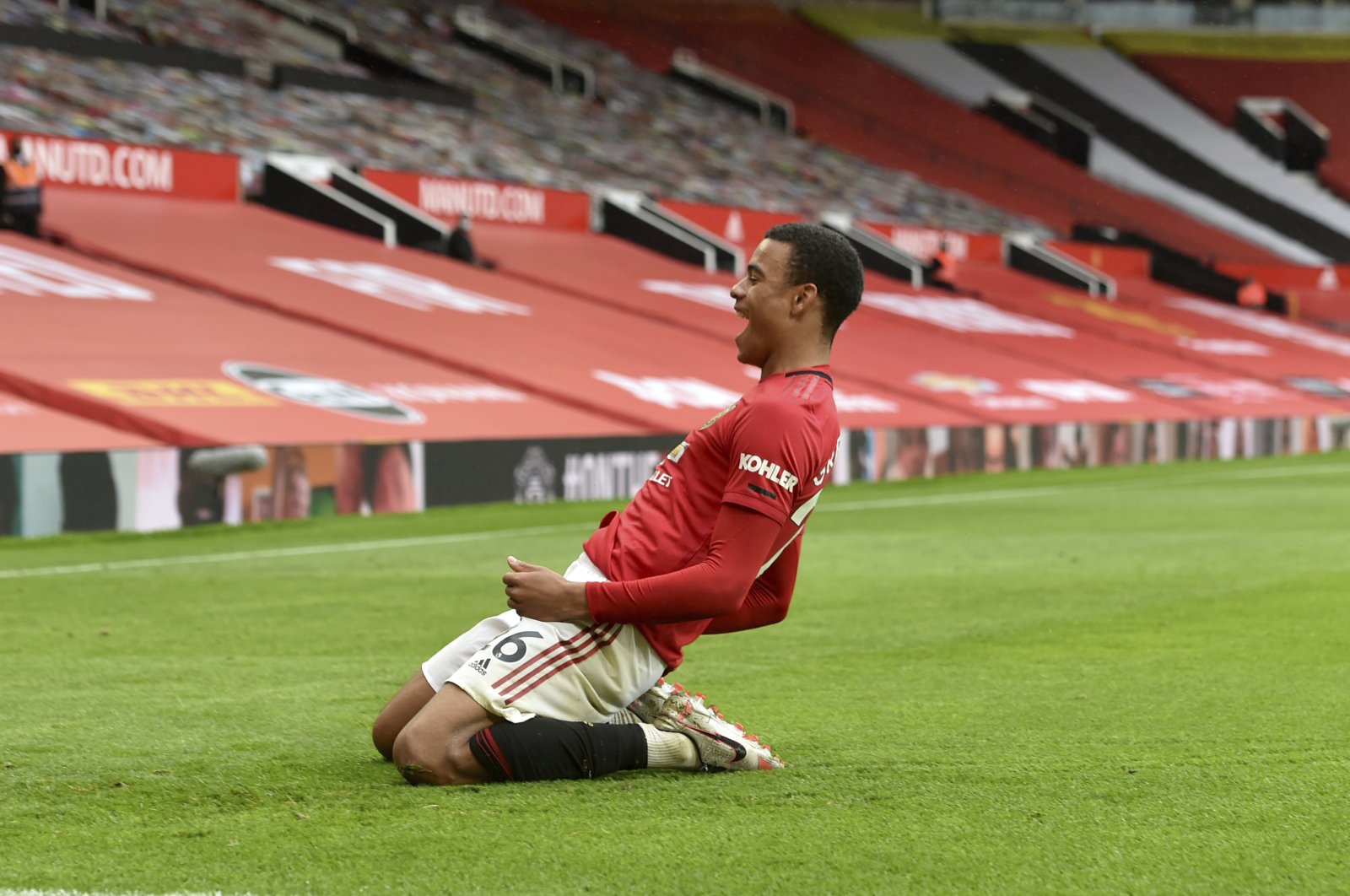 Some of the top Premier League teams are putting their faith in the youth in the high-stakes finale of England's longest-ever football season.
Two 18-year-old English players justified that backing on Saturday.
On a day of more twists in the race for Champions League qualification, Mason Greenwood showed why he had been labeled the best finisher at Manchester United with stunning goals off either foot to help his team out of some early trouble and to a 5-2 win over Bournemouth at an empty Old Trafford.
"If he shoots, he will score,” United manager Ole Gunnar Solskjaer said of Greenwood, who has clocked up 15 goals in all competitions in his breakthrough season.
Arsenal midfielder Bukayo Saka is another teenage academy product bursting onto the scene this season and his first Premier League goal set Arsenal on its way to a 2-0 win at Wolverhampton, which lost ground in the fight for a top-five finish.
Left-back, left-wing, central midfield. The versatile Saka has been deployed in a number of positions by Arsenal manager Mikel Arteta, and it doesn’t faze him.
"Wherever the boss wants to put me, I want to play,” said Saka, who signed a long-term deal with Arsenal on Wednesday.
The latest impressive displays by Greenwood and Saka came two days after Phil Foden, a 20-year-old Englishman, played a starring role for Manchester City in its 4-0 win over newly crowned champion Liverpool.
The pushing back of this year’s European Championship to the summer of 2021 because of the coronavirus outbreak could prove to be a blessing for England manager Gareth Southgate, given the crop of talented youngsters emerging.
Two strikers at the other end of their careers scored key goals to ignite the Champions League qualification hopes of Leicester and Chelsea, the teams in third and fourth place, respectively.
Jamie Vardy passed the 100-goal mark in Premier League goals by netting twice as Leicester beat Crystal Palace 3-0 for its first win since the restart.
Olivier Giroud, who like Vardy is aged 33, was recalled by Chelsea and scored the opener in a 3-0 win over Watford.