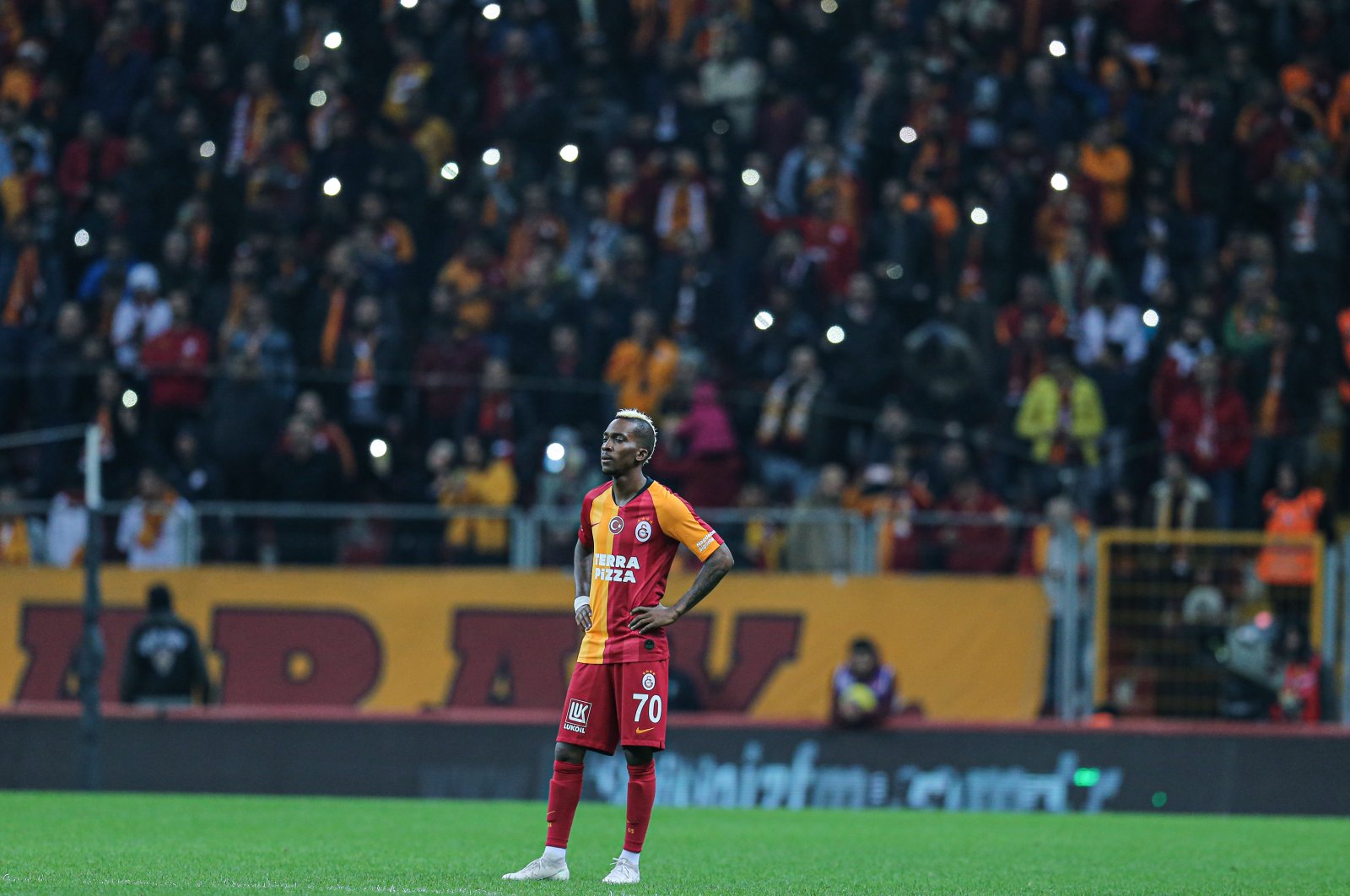 Henry Onyekuru stands during a match between Galatasaray and Kayserispor at the Turk Telekom Stadium in Istanbul on March 2, 2020. (AA Photo)
by DAILY SABAH WITH AGENCIES Jul 04, 2020 9:04 pm

Galatasaray announced the departure of Nigerian player Henry Onyekuru Saturday after Monaco decided not to extend his loan deal at the Istanbul club, which is set to end at the end of July.

Following the conclusion of his loan contract, Onyekuru bid farewell to his teammates and staff, Galatasaray said on Twitter.

The club earlier said that the negotiation talks held with Monaco to extend Onyekuru's loan deal did not have a positive result.

Monaco, who signed the Nigerian for 17 million euros ($19 million) during the 2019 summer from Everton, did not include an "option to buy" clause in the loan, suggesting that Onyekuru remains a part of their long-term strategy.

The 23-year-old Nigerian winger joined Galatasaray from Monaco during the winter 2020 transfer window, but the French Ligue 1 club recently decided to call him back.

Onyekuru scored 1 goal and made 3 assists in 12 appearances for Galatasaray in the 2019-2020 season. In the 2019-2018 season, he helped Galatasaray win the league title as well as the Turkish Cup.