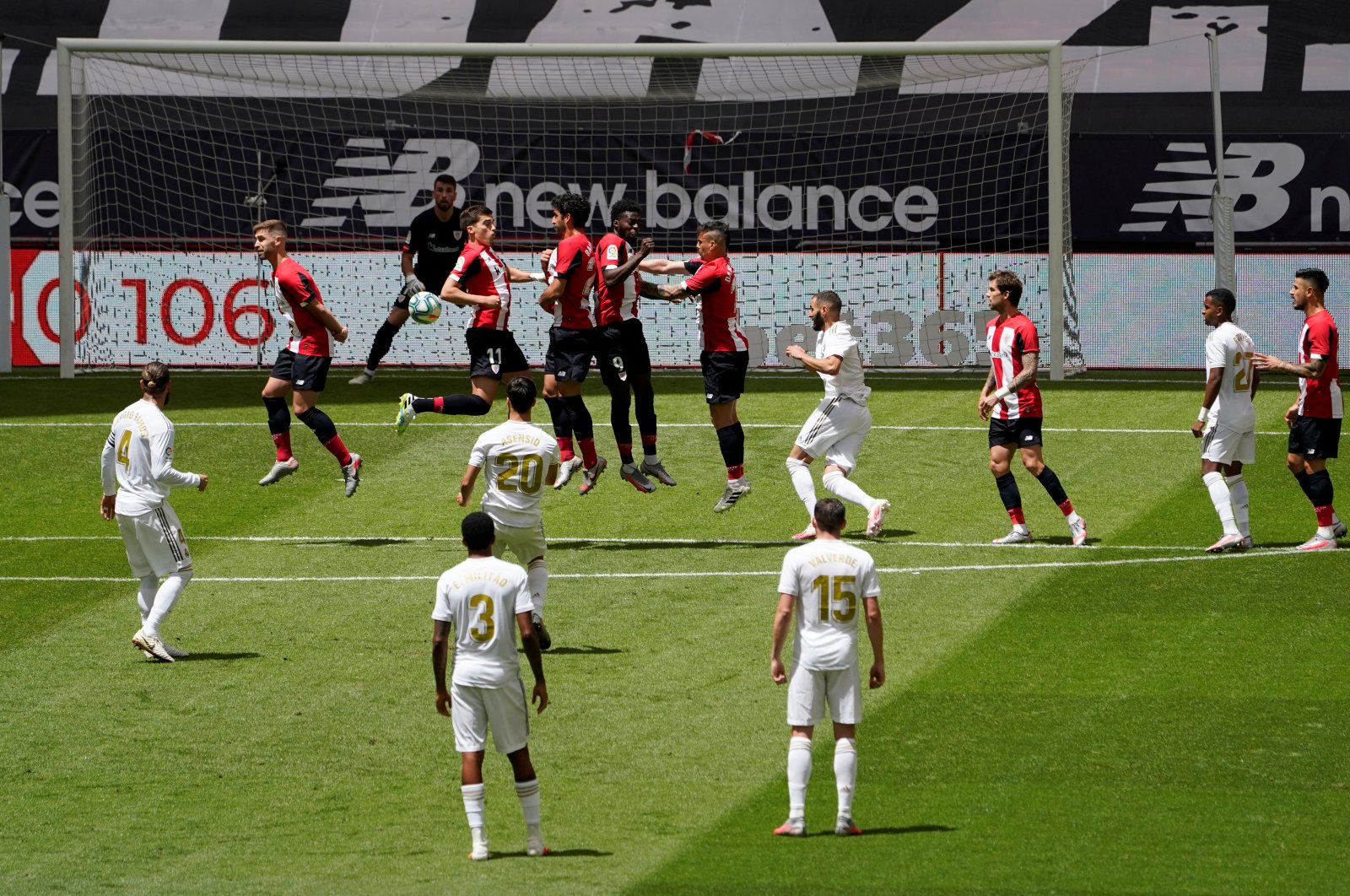 Real Madrid has potentially its most straightforward game Friday when it faces crisis-riddled club Alaves, but it must win the match without Sergio Ramos and with Barcelona still in pursuit

Seven straight wins have taken Real Madrid to within touching distance of the Spanish league title, but on Friday they will have to beat Alaves without their talisman Sergio Ramos.
Club captain Ramos has scored five goals since the league resumed, and his last two spot-kicks have given Madrid the points in tight 1-0 wins in their last two matches.
"The personal statistics are secondary," said Ramos after his goal beat Athletic Bilbao on Sunday. "I just want to help the team and win this league. If I had wanted personal recognition or individual prizes I would have dedicated myself to tennis. The important thing is always what the team wins."
He was booked in the game on Sunday and so will not be available owing to suspension as Madrid faces free-falling Alaves, who have lost their last five games and fired their coach Asier Garitano on Sunday after a defeat to Valladolid the previous night.
On paper, this is Madrid's easiest fixture in the run-in and a chance to move closer to the league title, but coach Zinedine Zidane is taking nothing for granted.
After beating Athletic in San Mames, he said, "I am not considering whether or not we have the job 'half done,' even if you ask me every day. "I have a lot of experience in my career, as a player as well, and I know that all games are difficult.
"What I can say is that to win seven matches out of seven is very impressive."
Titleholder Barcelona is four points back and will not make it easy for its rivals. It produced its best 45 minutes of football against Villarreal on Sunday and won 4-1.
"We are Barcelona, and we are obliged to keep battling until the end of the season," said defender Gerard Pique.
Antoine Griezmann linked up with Lionel Messi to score a brilliant third in the rout, and Luis Suarez and Ansu Fati were also on the scoresheet.
"The team really enjoyed their own performance and this is the way we have to continue," Barcelona president Josep Bartomeu said.
He also complained about the Video Assistant Referee (VAR), hinting it was favoring Real Madrid in recent matches.
"We have all seen the repercussions in certain games. VAR has to improve; it's not treating everyone the same," Bartomeu said.
Barcelona faces bottom-ranked neighbors Espanyol, who was beaten again Sunday and looked condemned to play in the second tier next season.
After the 1-0 loss to Leganes, the team could be down if they lose to Barcelona on Wednesday.
They will be without striker Jonathan Calleri, who was sent off in that defeat to Leganes.
"I have told the players that we have to keep fighting and not allow our guard to drop," said Espanyol caretaker coach Francisco Rufete.
In the remaining fixtures of Matchday 35 Valencia goes to Valladolid, Atletico Madrid hosts Celta Vigo and Getafe entertains Villarreal. Betis is at home to Osasuna, Eibar meets Leganes, Mallorca faces Levante, Sevilla goes to Athletic and Real Sociedad is home to Granada.