Not a classy El Clasico 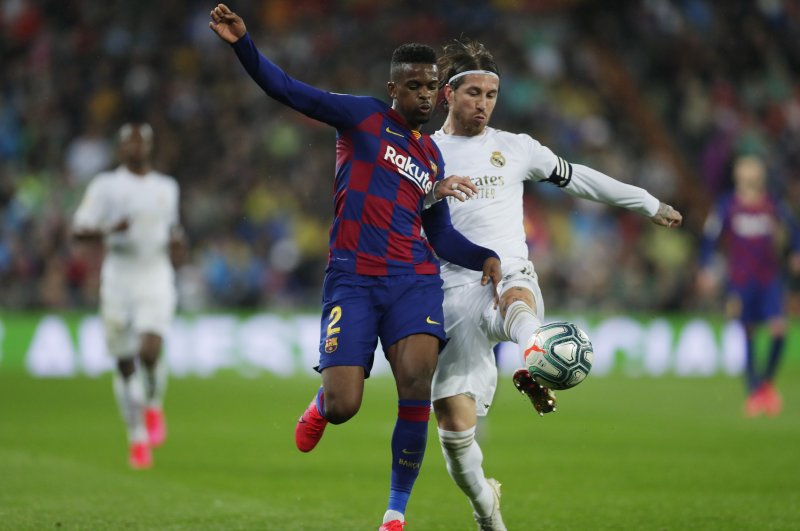 The biggest game of Spanish football, and for some the biggest football game of the entire world, was a disappointment for all football enthusiasts craving a good football match. As Real Madrid defeated Barcelona 2-0 in Santiago Bernabeu, the quality of the game was way below the average quality of El Clasicos. Both Real Madrid manager Zinedine Zidane and Barcelona manager Quique Setien appeared to be content with a draw and did not take risks to win the game. Both sides found an equal number of opportunities with equal chances of scoring a goal. In the end, it was Real Madrid who scored and won the game, while Barca wasted their opportunities. Still, it is remarkable that both teams, which once represented very distinct strategies are now playing a very similar strategy. I argue it is due to Zinedine Zidane’s reforms in Real Madrid and Barcelona’s deteriorating coaching performance since Pep Guardiola.

Zinedine Zidane’s unique touch to Real Madrid came not when they won three Champions League trophies in a row, but this season after he returned to his job after a year. Back then he mediated between Mourinho’s counter-attacking legacy and more pragmatic solutions of his own, which made the team a somewhat counter-attacking side. But now, it seems like Zidane also joined the counter-pressing side, as Real Madrid’s pressing patterns changed considerably this season. During the week they lost against Manchester City despite playing much better than their opponent. Zidane fought bravely against Guardiola, but ironically, it was this time City who played worse but got the result.

Against Barcelona, however, Zidane retreated to his old methods after losing a crucial game with the new ones. This time he did not press Barcelona in the midfield and after a light press in the final third he allowed his opponent to come into his half. It allowed Barcelona to settle in near Real’s penalty box and do what they do best in the last decade, tiki-taka and the final deadly pass. Nevertheless, as all managers after Guardiola brought too much responsibility on Lionel Messi’s shoulders, Barca’s set-piece performance decreased slowly but steadily in the last decade. It is clear that the new manager Quique Setien does not have much clue about how to create time and space for Antoine Griezmann and Lionel Messi. This led Barcelona’s trademark tiki-taka game on the verge of disappearance against stronger sides. They played with a hybrid strategy that relies heavily on Lionel Messi’s dribbling capabilities against Real Madrid and Napoli, which brought them no victories.

Hence, as Real Madrid tries to adapt counter-pressing strategies and Barcelona slowly becomes Messi and his assistants' club, the distinction between the characteristics of both teams start to disappear. Yes, Barcelona still possesses the ball more and Real makes more counterattacks, but there are no core ideals or philosophies that require these methods anymore. They are only habits from the past now. The result of this new era is less entertaining and less challenging El Clasicos, which is bad news for all good football enthusiasts.