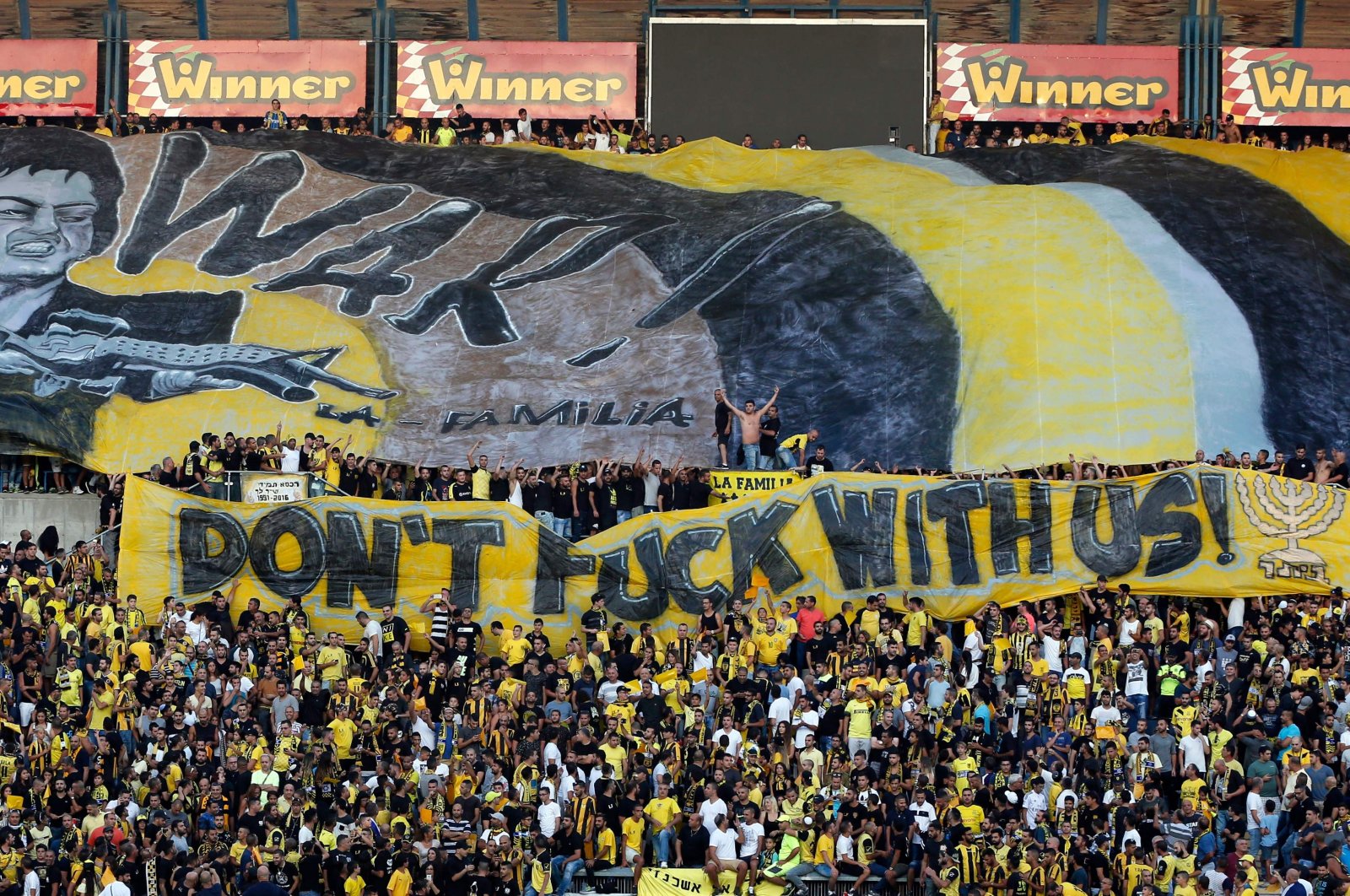 Beitar Jerusalem fans hold up banners prior to the UEFA Europa League play-off football match between Beitar Jerusalem and AS Saint-Etienne, at the Itztadion Teddy Stadium in Jerusalem, Aug. 17, 2016. (AFP Photo)
by Reuters Dec 09, 2020 5:20 pm

Sheikh Hamad bin Khalifa Al Nahyan, a member of the Abu Dhabi ruling family, this week bought a 50% stake in the club where a group of supporters, known as "La Familia," have been openly racist towards Israel's Arab minority.

Beitar has never fielded an Arab player since its founding in 1936 and Muslim players who played for the club in the past had been the target of racist abuse.

"We are open. Our door is open for all the talent. No matter what is his religion or wherever he comes from," said Sheikh Hamad, sitting alongside co-owner Moshe Hogeg in an online media briefing.

Arab citizens make up around 21% of Israel's population of around 9 million and Arab players feature at Israel's other clubs and in the national team.

Sheikh Hamad and Hogeg said they believed Beitar's racist fans had been brainwashed and that they hoped the club would show that Jews and Muslims can work together.

Hogeg, co-founder of tech firm Sirin Labs, hailed Sheikh Hamad's investment as a "great moment" for the club, while warning, if necessary, that it would take legal measures, including suing fans, to stop "extreme racism" at its games.

"We are not afraid of the racists. We have a plan on how to deal with that," he said.