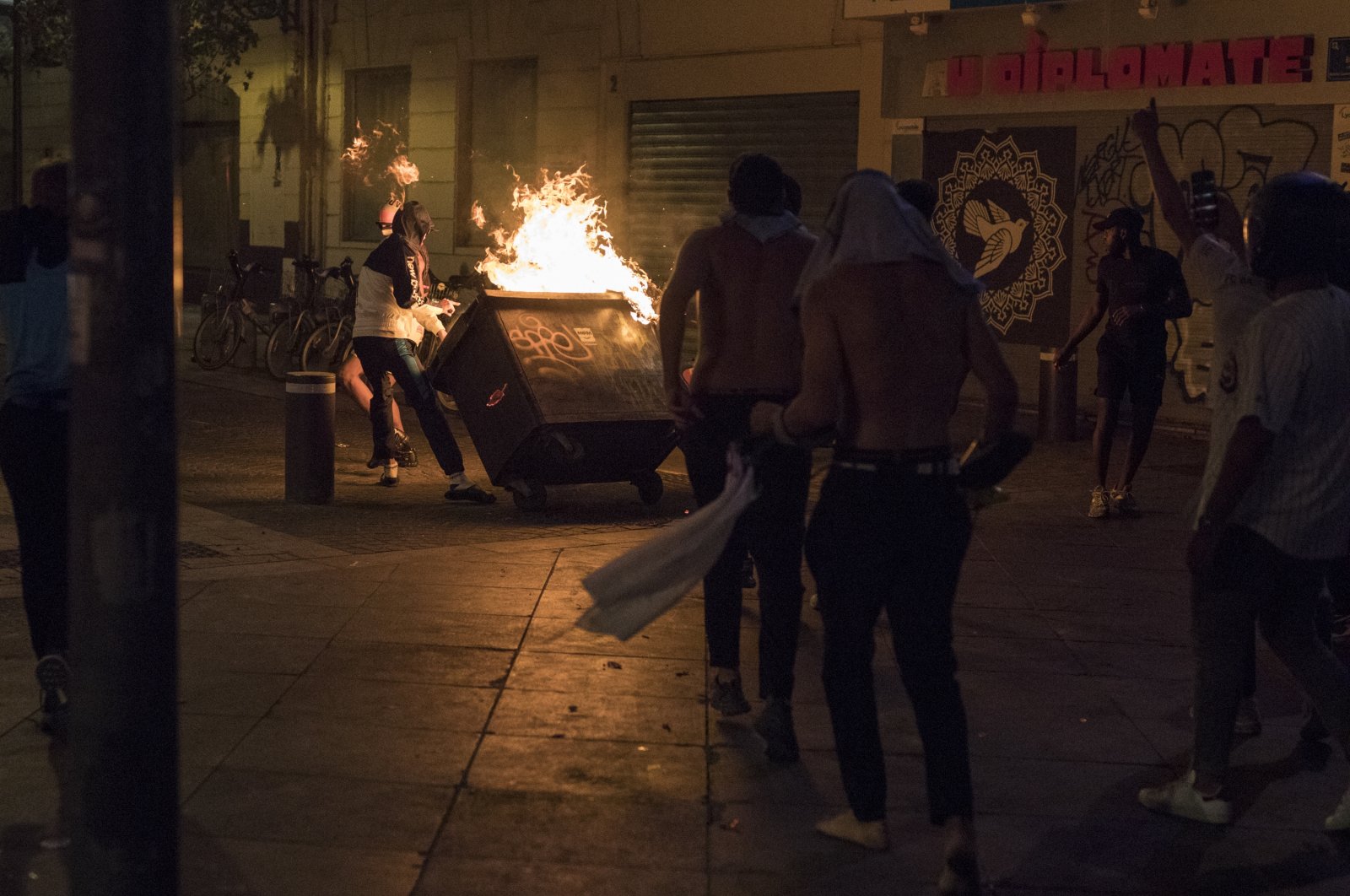 Riots broke out in Paris Sunday night after Bayern Munich defeated Paris Saint-Germain 1-0 in the Champions League final in Lisbon.

Parisian police detained 158 people, they said on Twitter on Monday, revising the number up from earlier in the morning.

The majority were detained for damage, assault and throwing projectiles at police.

Police also said they had issued 404 fines for people not wearing masks in areas where they are compulsory.

There were clashes around the stadium, with police using tear gas against the crowd armed with fireworks. Along the Champs Elysees boulevard, rioters set fire to vehicles, broke windows and destroyed shops.

Meanwhile, in the German city of Munich, fans took to the streets to celebrate their home team's treble victory.

Hundreds quickly made their way to Leopoldstrasse in the city center, a popular spot for car parades, some honking horns and others waving flags along the multilane street.

Police described a quiet situation, and most fans reacted very reasonably, a police spokesperson said. "On the whole, there are no major problems."

More than 150 additional police officers were on the streets compared with an average Sunday evening, the spokesperson said.