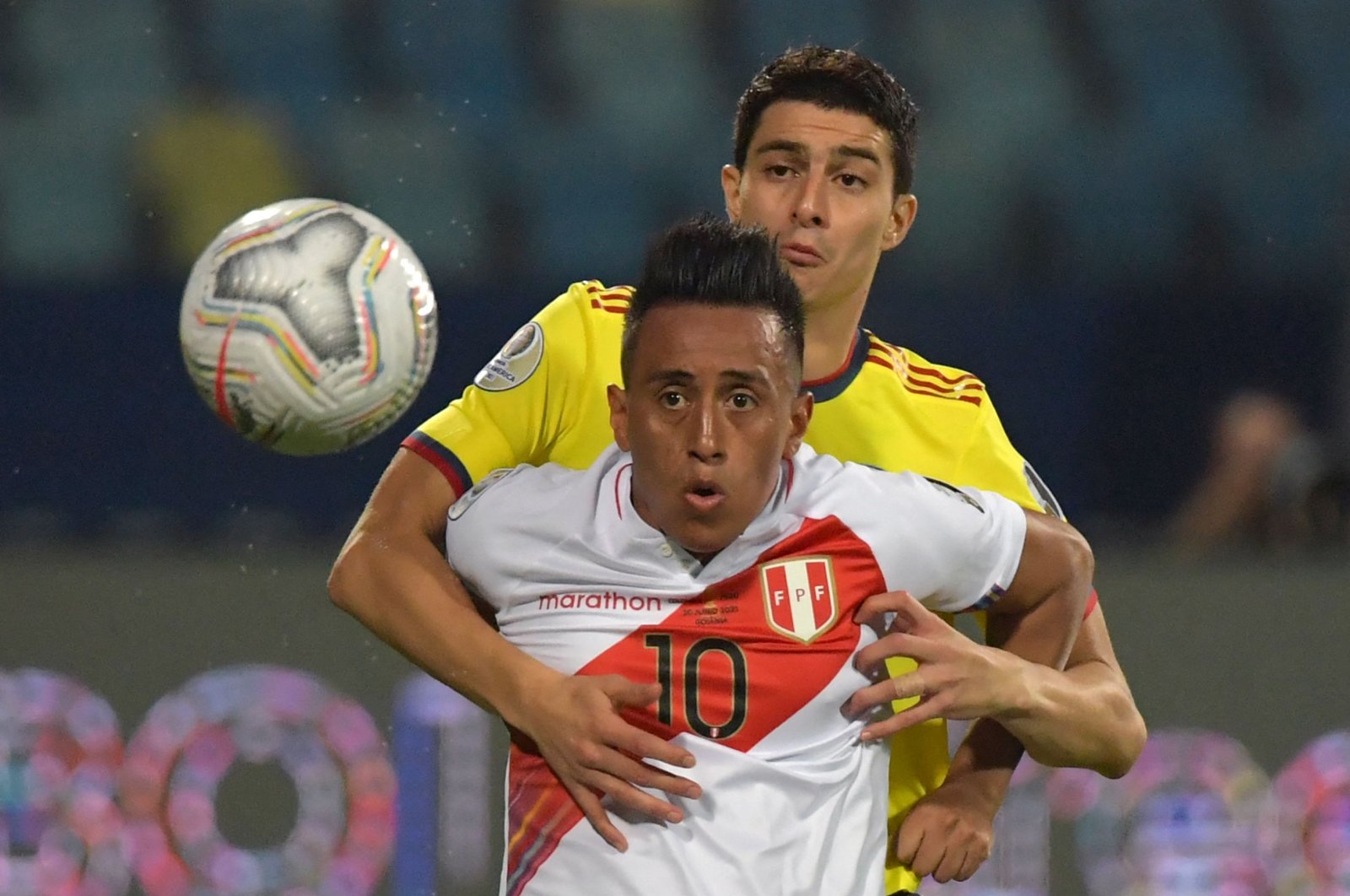 Peru kept its hopes of advancing to the Copa America knockout stages alive after beating Colombia 2-1 on Sunday.

Sergio Pena opened the scoring for the Peruvians in the 17th minute. Miguel Borja equalized from the spot in the 53rd but an own goal 11 minutes later by Colombian defender Yerry Mina decided the match at the Olimpico stadium in Goiania.

Peru is in the third position in Group B with three points after two matches. Colombia remains with four points in the second spot, but with only two games remaining. Leader Brazil has six points. The top four teams will qualify for the quarterfinals.

"This gives us a lot of hope in what is to come at this Copa America," Peru defender Renato Tapia said. "We are in a good position, but we have to keep rowing to go farther.”

Peru lost 4-0 to Brazil in its tournament opener, which raised doubts about coach Ricardo Gareca's team. The 2019 Copa America finalists are also struggling in South American World Cup qualifiers. Only weeks ago it lost 3-0 to Colombia in Lima.

Peru opened the scoring with Pena burying the ball in the back of the net from the edge of the box. Borja's equalizer, after he was brought down in the area, gave the impression Colombia had momentum.

But a set-piece from the right flank ended on Mina's chest and then accidentally past Colombian goalkeeper David Ospina. The Peruvians then managed to defend until the final whistle.

"You pay a high price for mistakes and now we have to face Brazil on Wednesday," Colombia's Wilmar Barrios said. "We are still missing something."

After an opening 0-0 draw with Venezuela and the loss to Peru, coach Reinaldo Rueda agreed.

"We are still lacking that pass in the last 20 meters so we can leave our forwards one-on-one, and then have the ease to finish,” said Rueda, who is under criticism at home for not bringing midfielder James Rodriguez to the South American championship.

Earlier Sunday, Venezuela and Ecuador drew 2-2. Venezuela is in the fourth position in the group with two points after three matches and Ecuador has one point after two games.

The next matches in the group will be played Wednesday. Defending champion Brazil will play against Colombia and Peru will face Ecuador.