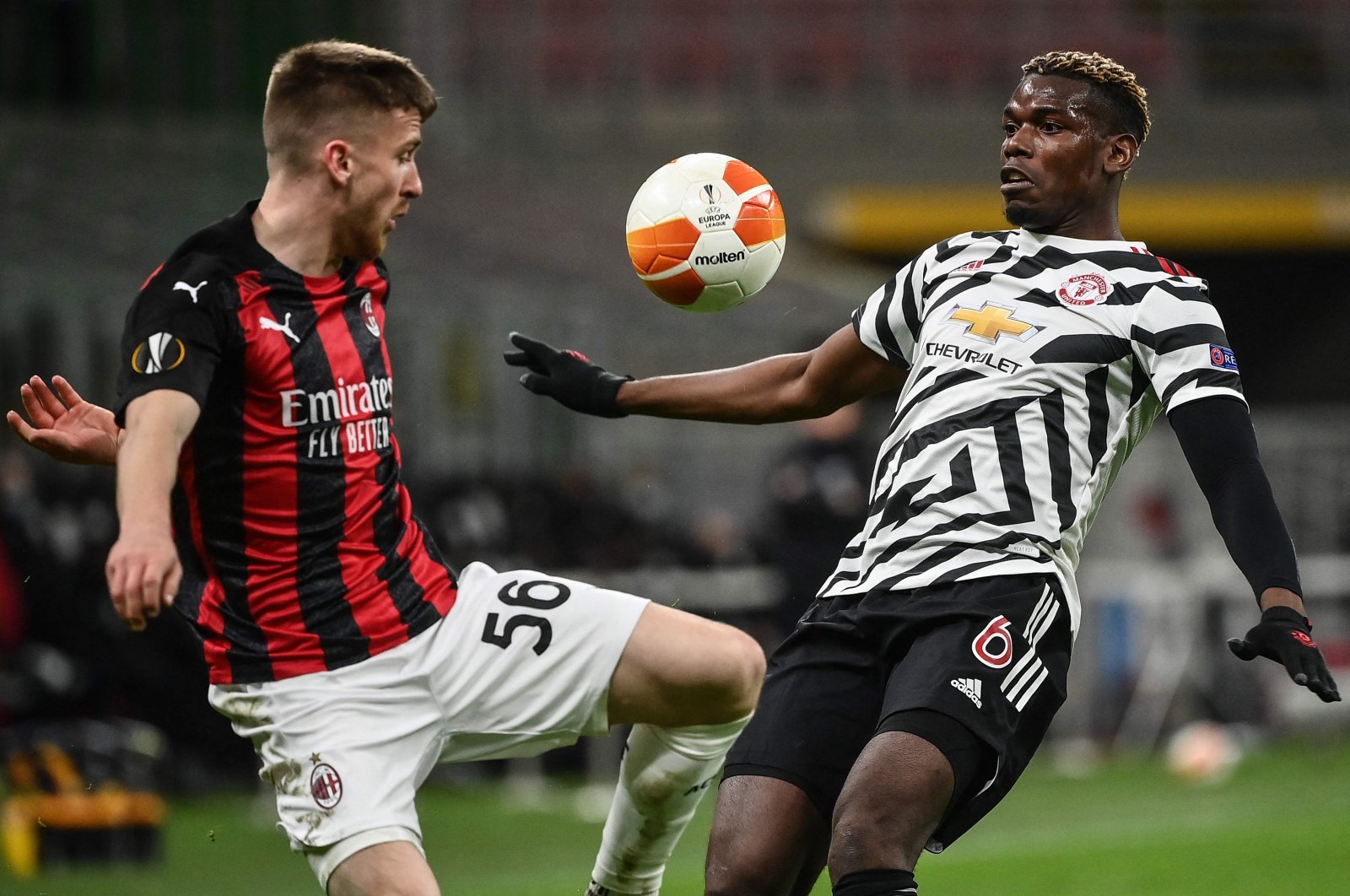 Paul Pogba returned from injury to score the winner as Manchester United beat AC Milan 1-0 on Thursday to reach the Europa League quarterfinals, while Mislav Orsic netted a hat trick as Dinamo Zagreb stunned Tottenham 3-0 to eliminate the London team.

Pogba was brought on at halftime and had an immediate impact as he scored two minutes later to help United secure a 2-1 aggregate victory.

Roma, Ajax and Villarreal all went through as well.

In Milan, former Manchester United forward Zlatan Ibrahimovic also made his comeback from injury as a substitute but saw his best effort saved as his powerful header was clawed away by goalkeeper Dean Henderson.

Ibrahimovic played for United from 2016-18, helping it win the Europa League in 2017. That was the English side’s last trophy.

After conceding a late equalizer in a 1-1 draw at Old Trafford, United started positively at San Siro but Milan slowly got into the match and had the best chance with the last kick of the first half as Rade Krunić volleyed wide of the left post.

Pogba had missed the past 10 matches but warmed up during halftime and replaced Marcus Rashford immediately after the break.

And he put United in front moments later. Milan failed to clear the ball following a shot by Daniel James and the ball eventually fell to Pogba, who fired into the roof of the net from close range.

Pogba almost set up a second for United three minutes later when he found Mason Greenwood but the forward's attempt was saved by Milan goalkeeper Gianluigi Donnarumma.

Pogba also headed over shortly before full time in a dynamic performance from the Frenchman.

Orsic completed his hat trick with the winner in extra time as Dinamo Zagreb overturned a 2-0 deficit from the first leg to reach the quarterfinals 3-2 on aggregate.

Playing just three days after its coach was handed a prison sentence and resigned, Zagreb completed an unlikely turnaround in the 106th minute when Orsic dribbled between two Tottenham defenders and fired in a shot from the edge of the area for his third goal.

Zoran Mamic quit as Dinamo coach on Monday after Croatia’s Supreme Court confirmed his nearly five-year prison sentence for tax evasion and fraud. He was replaced by assistant Damir Krznar.

And Zagreb looked better organized throughout against a Tottenham team coached by Jose Mourinho, although the hosts needed more than an hour to break the deadlock.

"I feel more than sad," Mourinho said. "The basic of football is the attitude and they beat us on that.”

Elsewhere, Roma cruised through after a 2-1 win over Shakhtar Donetsk in Kyiv completed a 5-1 victory on aggregate.

Spanish striker Borja Mayoral scored both goals for the Italian side either side of a reply from Junior Moraes.

It was equally comfortable for Ajax, which won 2-0 at Young Boys to progress 5-0 on aggregate.

Slavia Prague won 2-0 at Scottish champion Rangers, which finished the match with nine men. The Czech team progressed 3-1 on aggregate.