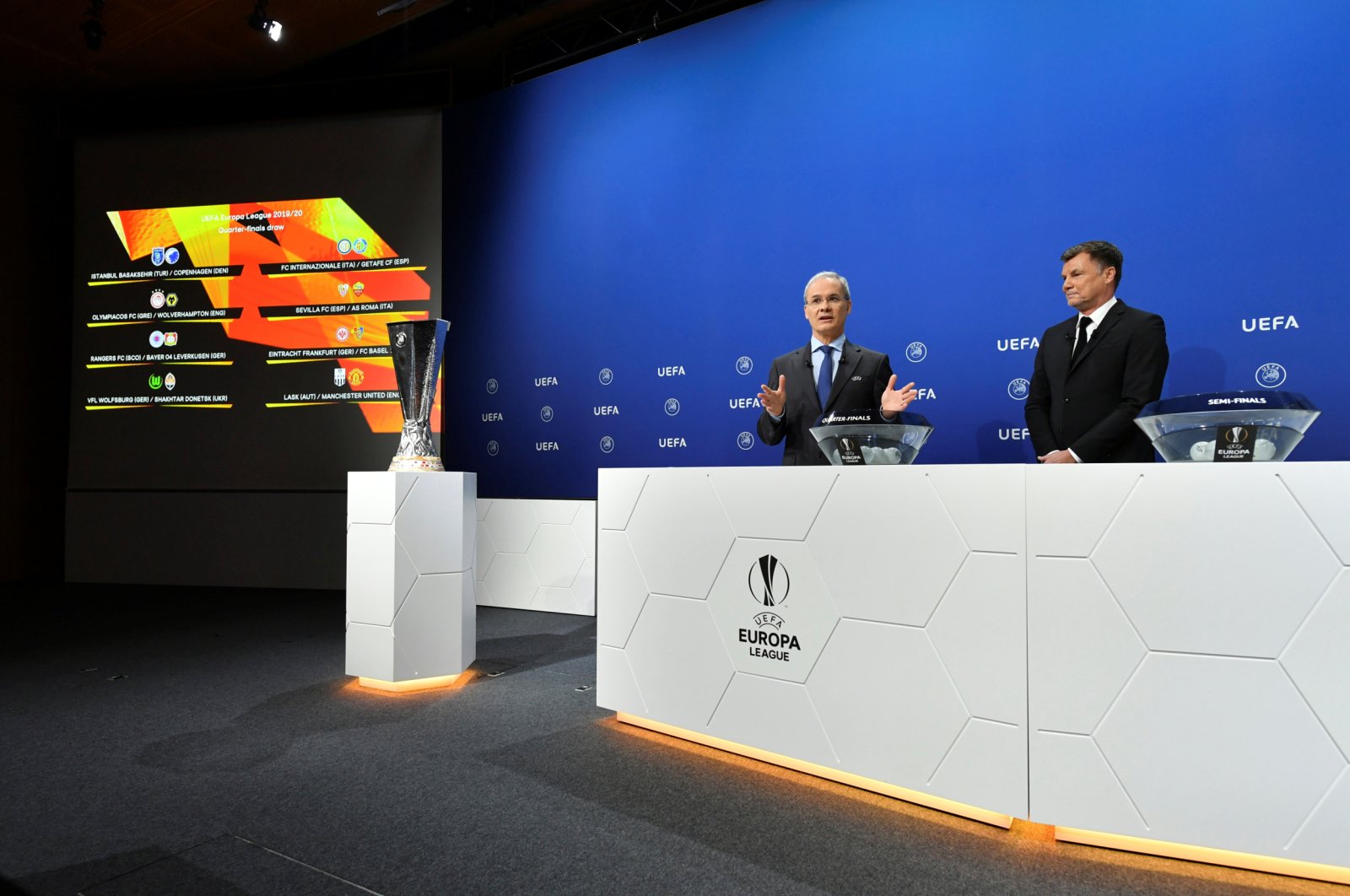 The Turkish Süper Lig leader is likely to face Manchester United, which leads LASK 5-0 after the first leg of the round of 16, in the quarterfinal if it overcomes Danish side Copenhagen. Başakşehir holds a one-goal advantage after the first leg played at home. This is the Istanbul team's first-ever participation in Europa League knockout stages.

In the same half of the draw, either Wolverhampton Wanderers or Olympiakos will advance to play either Sevilla or Roma in the quarterfinals.

All of the quarterfinal and semifinal matches will be played in Germany ahead of the final on Aug. 21 in Cologne.

Wolfsburg and Eintracht Frankfurt could play a Bundesliga derby in the quarterfinals, though both lost their first games in the round of 16 at home against Shakhtar Donetsk and Basel, respectively.

The quarterfinals are scheduled for Aug. 10-11 as knockout games in stadiums without fans in Cologne, Duisburg, Düsseldorf and Gelsenkirchen. The semifinals are on Aug. 16-17.

But first come the six outstanding games from the round of 16 on Aug. 5 and 6, hosted by Manchester United, Leverkusen, Shakhtar, Wolves, Basel and Copenhagen.

The two remaining pairings in the round of 16 – Inter-Getafe and Sevilla-Roma – did not begin in March because of the coronavirus outbreak. They will be settled in knockout games in Germany, also on Aug. 5 and 6.