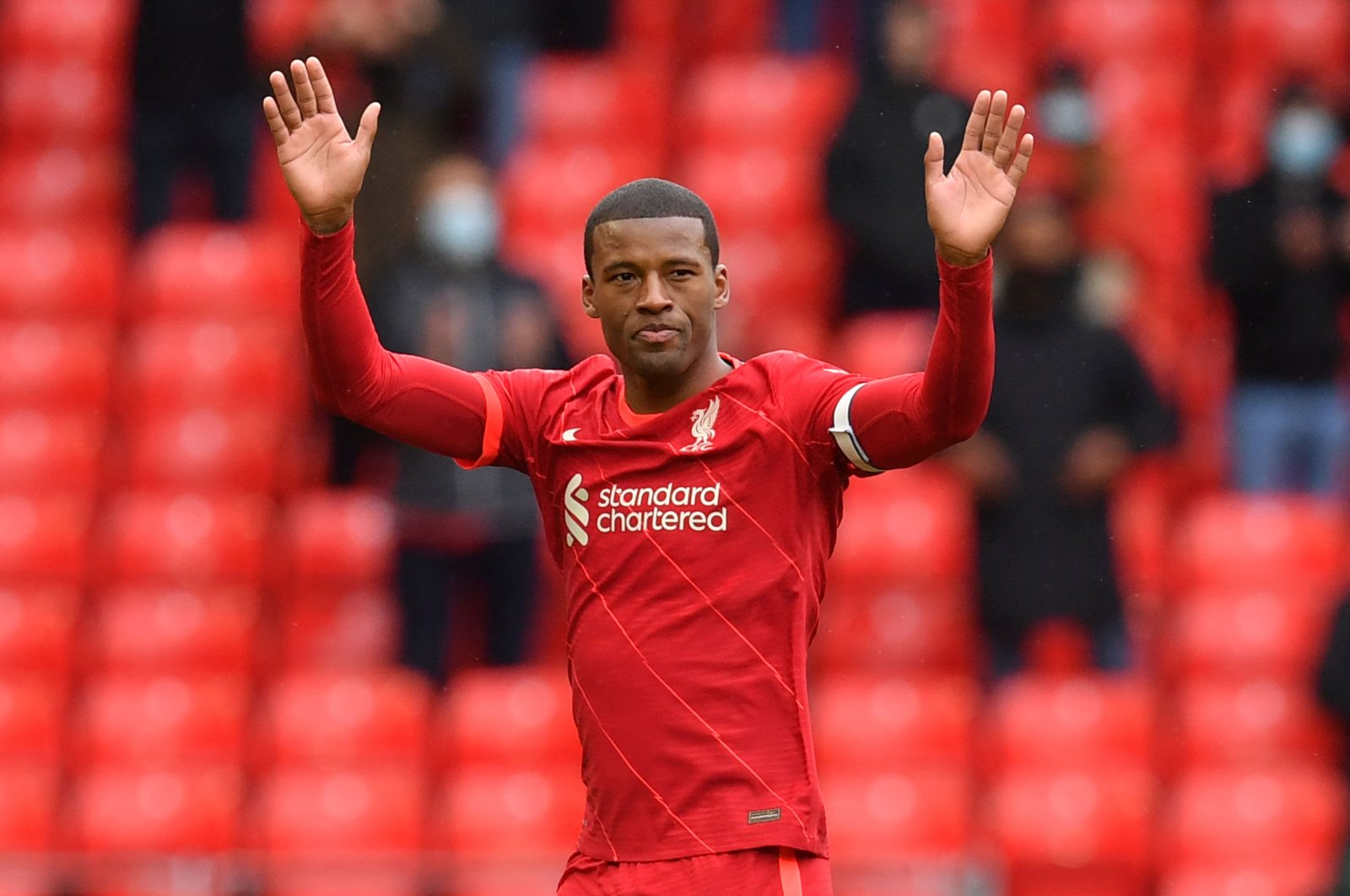 Liverpool's Dutch midfielder Georginio Wijnaldum leaves the pitch after being substituted off during the English Premier League football match between Liverpool and Crystal Palace at Anfield, Liverpool, England, May 23, 2021.
by ASSOCIATED PRESS Jun 10, 2021 5:02 pm
RECOMMENDED

The 30-year-old has joined on a three-year deal until 2024, PSG said in a statement.

He played 237 games over five seasons for Liverpool, helping the English side win the Champions League and the Premier League.

Wijnaldum chose not to renew his contract and was initially expected to join Barcelona. But PSG reportedly came in with a better salary offer.

Wijnaldum is a versatile midfielder and he also doubled as an emergency center half during Liverpool's injury-hit campaign this season.

"I’m joining one of the best squads in Europe," Wijnaldum said after signing his contract. "Paris Saint-Germain have proved how good they are in recent years and I am convinced that together, with our supporters, we can go even further and higher.”

PSG is looking to strengthen its squad after failing to win the French title as Lille delivered one of European soccer's biggest upsets in recent seasons. Also, PSG was knocked out in the Champions League semifinals by Manchester City.

The club recently persuaded Neymar to sign a new long-term contract, but prolific forward Kylian Mbappe is hesitating over a new deal and his contract expires at the end of next season.

The France World Cup-winning star has urged the club to show an ambitious project for him to stay.