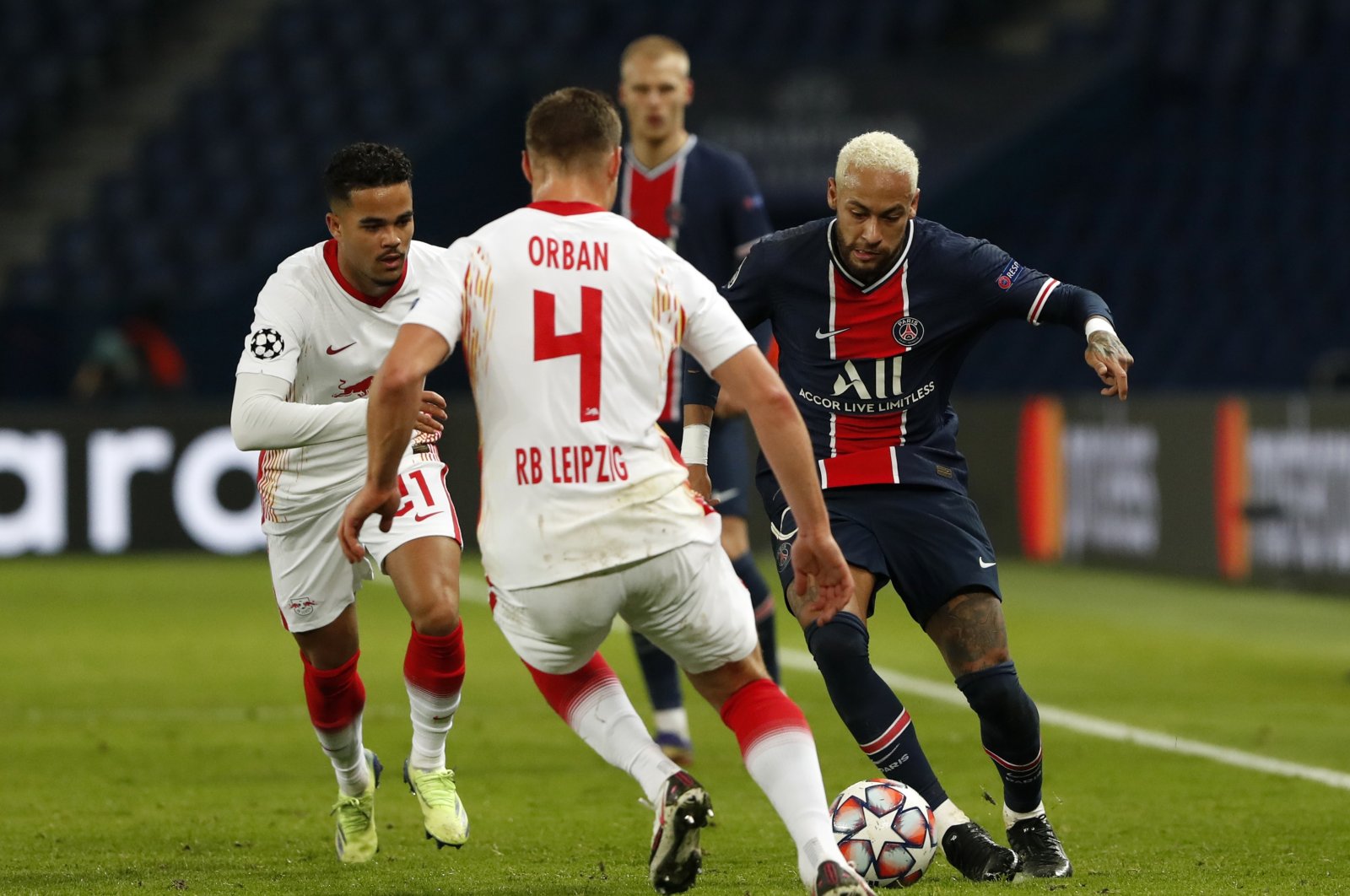 Paris Saint-Germain reached the Champions League final last season but its current campaign hangs by a thread ahead of Wednesday's trip to Manchester United.

United is one of eight teams who could reach the knock-out stages on the penultimate matchday five of the group phase. Holders Bayern Munich meanwhile travels to Atletico Madrid on Tuesday as one of six sides already confirmed in the last 16.

PSG leads Ligue 1 but only by two points ahead of Lyon and has stuttered frequently this season. It has been hampered by injury and coronavirus infections but also from having dropped points again in a weekend draw with Bordeaux.

"We simply stopped playing in the second half, we didn't stick to our plan and we didn't work hard enough," was coach Thomas Tuchel's damning verdict. He added his team "lacked discipline" and "we didn't attack or defend well enough."

PSG is second in Group H with six points but only ahead of RB Leipzig on goal difference. The German side visits bottom club Başakşehir, who has three.

United top the table on nine and go through with a draw but could be without goalkeeper David de Gea after he knocked his knee in Sunday's 3-2 victory against Southampton. The Spaniard crashed into his post trying to save a free-kick and United was forced to bring on Dean Henderson.

Liverpool's injury crisis continues as it will be without James Milner due to a hamstring injury when it hosts Ajax needing a draw to escape Group D on Tuesday. The six-time European champion is already without defenders Trent Alexander-Arnold (calf), Virgil van Dijk and Joe Gomez (both knee) while Thiago Alcantara has not played since picking up a "knock" against Everton in October.

However, captain Jordan Henderson says any absences brings the team closer together. "If anything, it makes us stronger as a team," he said. "When you are going through difficult periods – whether that would be performance, results, whatever it is, and at this moment in time it's probably injuries – it makes the group even more together and stronger."

Ajax is level on points in second with Atalanta, who hosts Danish tailenders Midtjylland after its memorable 2-0 win at Liverpool. Weekend action, however, saw it slip to defeat against Verona. "We wasted many good chances," coach Gian Piero Gasperini said. "There was fatigue up-front because of the Liverpool match and the (coronavirus case) that penalized us during the week."

Three-time winner Inter is desperate for a first win at Borussia Monchengladbach to remain in contention as it sits last of Group B on two points. Its chances rest on strikers Romelu Lukaku and Lautaro Martinez as midfielder Marcelo Brozovic is back from coronavirus isolation. "We often play well but can be lacking in the finer details," said Alexis Sanchez after netting the opener in this weekend's 3-0 defeat of Sassuolo. "There are some things we need to fix, but we're doing what is being asked of us by the coach (Antonio Conte)."

Bayern Munich has a perfect record in Group A but its host Atletico can progress with a win if Lokomotiv Moscow does not also beat RB Salzburg. Coach Diego Simeone is still without his first-choice strikers Luis Suarez (coronavirus) and Diego Costa (deep vein thrombosis) as they seek to avenge the 4-0 defeat they suffered at the hands of Bayern in its first group game. "We played an incredible game that night," Spain under-21 international Marc Roca, who almost joined Atletico in the summer before moving to Bayern Munich, told Marca. "We have some spectacular strikers and they were clinical on the night."

The remaining pools are largely settled with Sevilla and Chelsea playing to win Group E with both already qualified and Porto trying to follow Manchester City out of Group C when it hosts the English- side.

Perfect Barcelona also wants to win Group G away to Ferencvaros while qualified Juventus pursue them at home to Dynamo Kyiv with Cristiano Ronaldo looking to improve his one-goal tally in the event after being rested at the weekend.