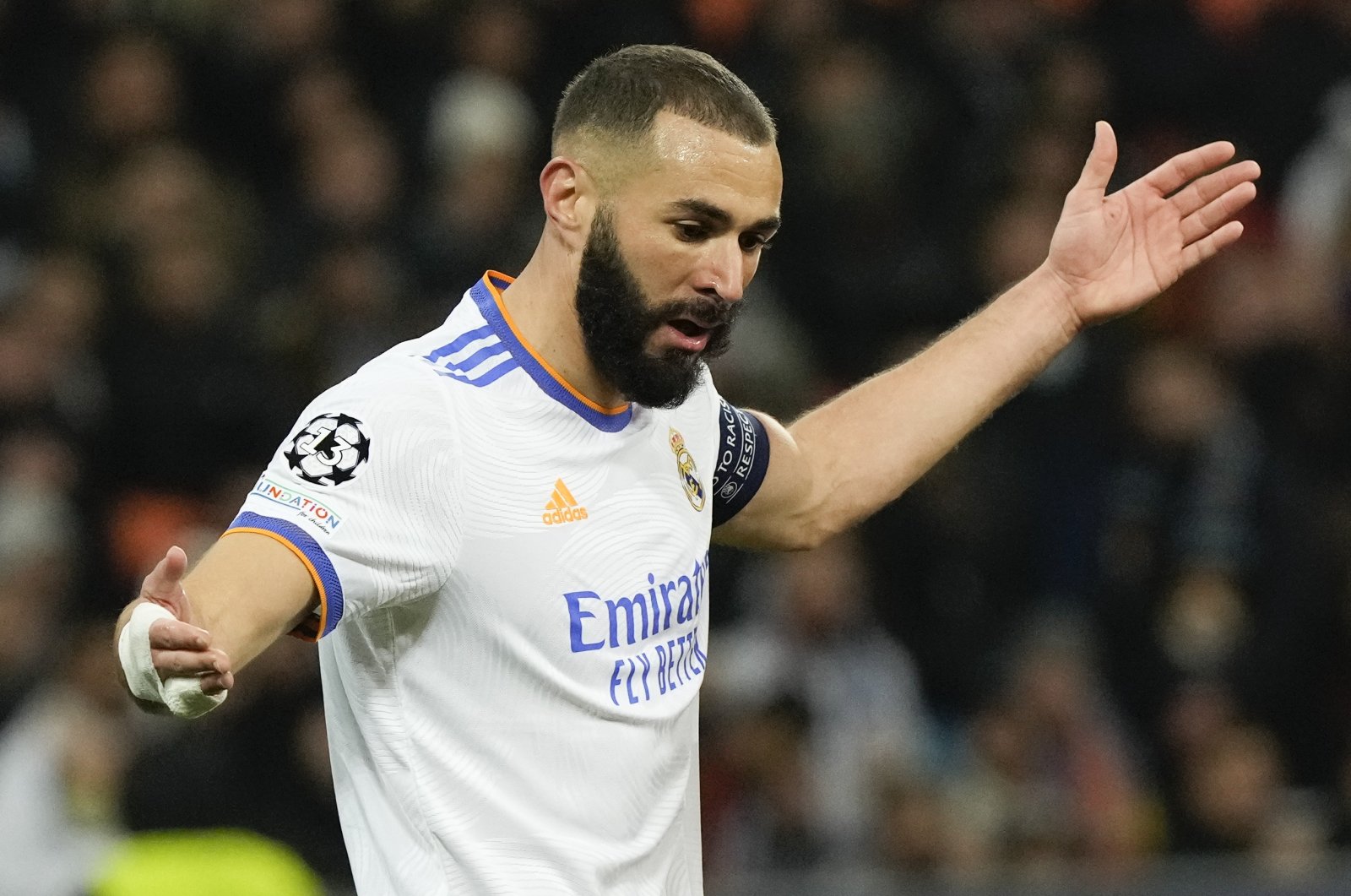 The trial of French footballer Karim Benzema and four others in a sex tape blackmail case began in the outskirts of Paris on Wednesday.

However, the 33-year-old Real Madrid forward was not in attendance, after playing in Kyiv against Ukrainian club Shakhtar Donetsk in the Champions League on Tuesday.

Benzema has been accused of being involved in an attempt to blackmail France teammate Mathieu Valbuena over a sex tape.

Benzema's legal team told the court in Versailles that his obligations as a player made it "impossible" for him to attend the first day of the trial, which is scheduled to last through Friday. The 33-year-old Benzema and four others are being prosecuted for an alleged blackmail attempt in 2015. Valbuena was in court on Wednesday.

Benzema is accused of complicity in attempted blackmail, a charge punishable by up to five years in prison. He has denied wrongdoing.

The four others on trial, facing charges of attempted blackmail, were in court. They included Axel Angot, who first got hold of the Valbuena sex tape in 2014.

In court, Angot described himself as an odd-job man for footballer players, assisting with their computers, communications and other needs. He said players paid him for help and that he was once paid 3,500 euros ($4,000) by a player just for delivering a USB cable to him in Croatia.

"They are footballers. I have seen them spend 50,000 euros in a front of me in seconds," Angot said.

Angot said the idea of exploiting the sex tape came in 2015, to pay off a debt of 25,000 euros ($29,000) that he owed to another player for some luxury watches. He said his thinking had been that a thankful Valbuena would pay him "a recompense" if he helped make the sex tape go away.

"I am not Bill Gates but I know my way around computers," Angot said. "The main goal of this affair was to erase this debt."

During his testimony, Angot at first denied that his intention had been to blackmail Valbuena but later acknowledged that the scheme was "indirectly the same thing."

He apologized to Valbuena.

Other defendants denied intent to blackmail. On his way into the hearing, Mustapha Zouaoui told reporters that Angot had given him the video and "we laughed about it" and that he then shared it with others.

"A lot of players from France's team saw it," Zouaoui said. "But there hasn't been any blackmail. We didn't ask for money. There was no request for money."

Another of the alleged blackmailers, Younes Houass, testified that he spoke to Valbuena about the video in June 2015, when the player was at the French national team's Clairefontaine training camp. But he said his intent had been to help Valbuena avoid the risk of the sex tape being made public.

The judge struggled with his explanations.

"Stop making us think that you are Mother Teresa," the judge said.

Karim Zenati, another defendant and a childhood friend of Benzema's, is said to have brought the player into the affair.

After getting the call at Clairefontaine, Valbuena filed a police complaint in June 2015.

"I felt myself in danger," Valbuena told the court.

Benzema and Zenati were both handed preliminary charges in November 2015, joining Angot, Zouaoui and Houass under formal investigation.

Benzema was then dropped from France's national team by coach Didier Deschamps, missing the 2016 European Championship and the 2018 World Cup, which was won by France.

Deschamps recalled Benzema in May ahead of the delayed Euro 2020 tournament and has fielded him 11 times so far in 2021.

Valbuena, now 37, hasn't played for France since Oct. 11, 2015, when he came on as a substitute in a friendly match against Denmark.