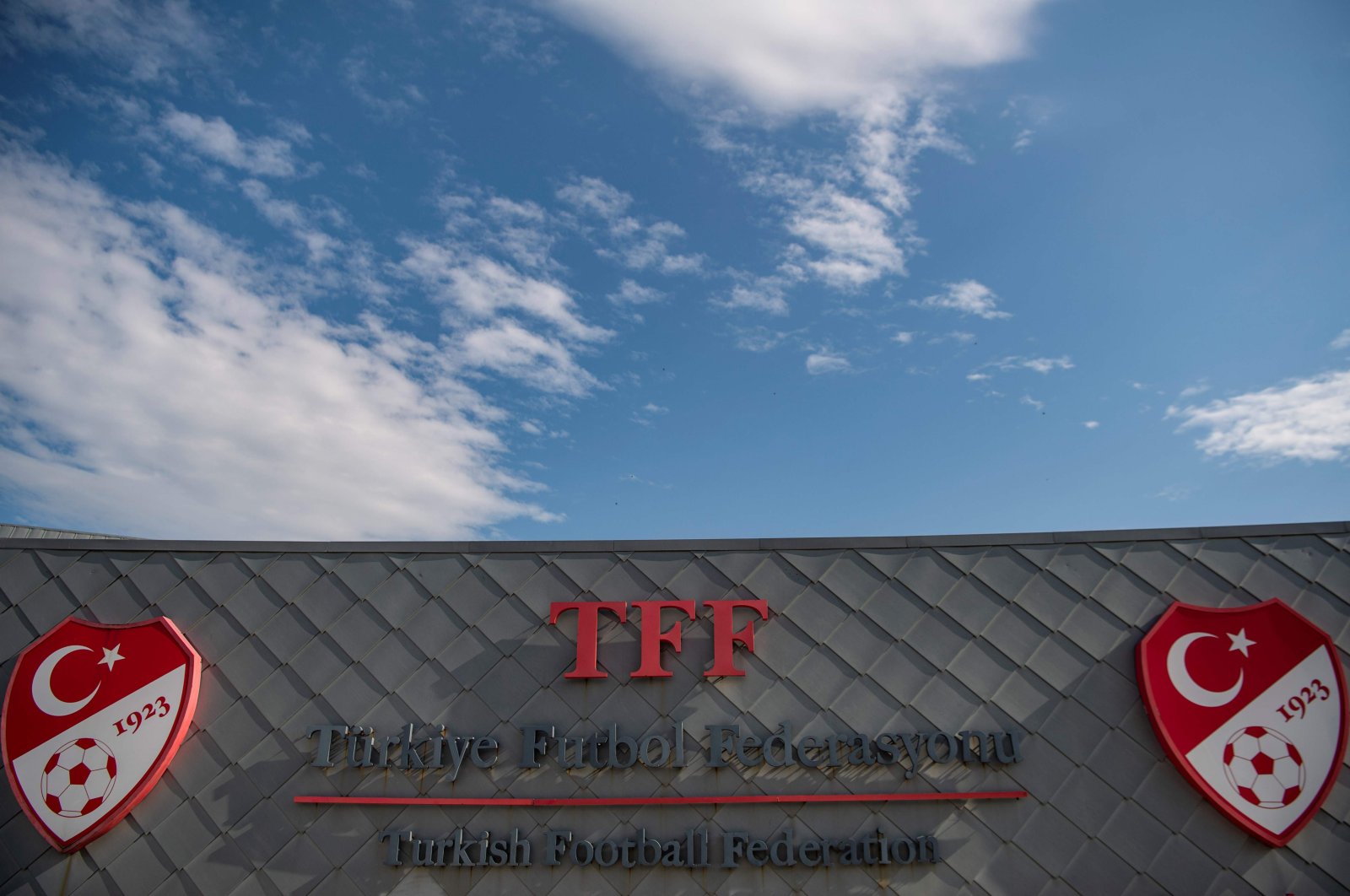 The logo of Turkish Football Federation (TFF) at the entrance of the organization's headquarters in Istanbul, Turkey, May 6, 2020. (AFP Photo)
by Arda Alan Işık May 29, 2020 3:07 pm
RECOMMENDED

Even though the financial performance of Turkish clubs was already alarming for the last 10 years, it took the Turkish Football Federation (TFF) 9 years and near bankruptcy to establish a local financial fair-play system. Rules like limiting expenditures and forcing clubs to make Turkish lira-based contracts, all came by the time UEFA’s FFP had already taken the reins. This highlights the "wait until the 11th-hour" approach of TFF executives, which recently showed itself in another possible regulation.

According to Mehmet Arslan from Hürriyet, TFF and the Süper Lig clubs have agreed to decrease the number of foreign players from 14 to 12 and ban the transfer of foreign players older than 32. The new possible foreign players limit allows only eight of these 12 players to play at the same time, while two must stay on the bench and two need to watch the game with the spectators.

This archaic method was previously abandoned in 2015 and despite the increasing number of foreign players, especially in the top tier Süper Lig, Turkey managed to produce talented players and rejuvenate its national team. Players like Cengiz Ünder, Çağlar Söyüncü and Merih Demiral were exported to Europe's top teams during this time.

However, the more interesting part and which I believe is also a late regulation is the age limit on foreign players. Arslan claims that his source was a club executive, so there is a high chance that it is going to be real regulation. This rule might have worked well five years ago when clubs still had the financial flexibility to make strategic decisions. Back then, it could have been a nice way to direct their focus from retiring stars to emerging talents. Nonetheless, with the new possible limit on foreign players and the already weak financial performance of the Süper Lig clubs, such age centered regulations have become obsolete. It is too late to guide clubs in that way, as that window of opportunity to save clubs has already closed.

What TFF needs to do instead is to implement strict financial regulations where it really affects the clubs. Strangely, while limiting the expenditures of clubs in proportion to their revenues at the beginning of the season, expenditures such as wages of players, managers, player agents, etc. and their transfer fees were not taken into an account. Given that Turkish clubs spend 89 euros ($99) of every 100 euros they earn on wages and transfer fees are the real target TFF needs to hit hard. Once you limit your expenditure on wages and transfer fees, there is no longer the need to limit foreign players or ban old players. But, the real deal is to get clubs to accept that while keeping the fans happy and that is a task no one wants to take responsibility for. Regardless, the realities of life place limits on Turkish football whether we like it or not.