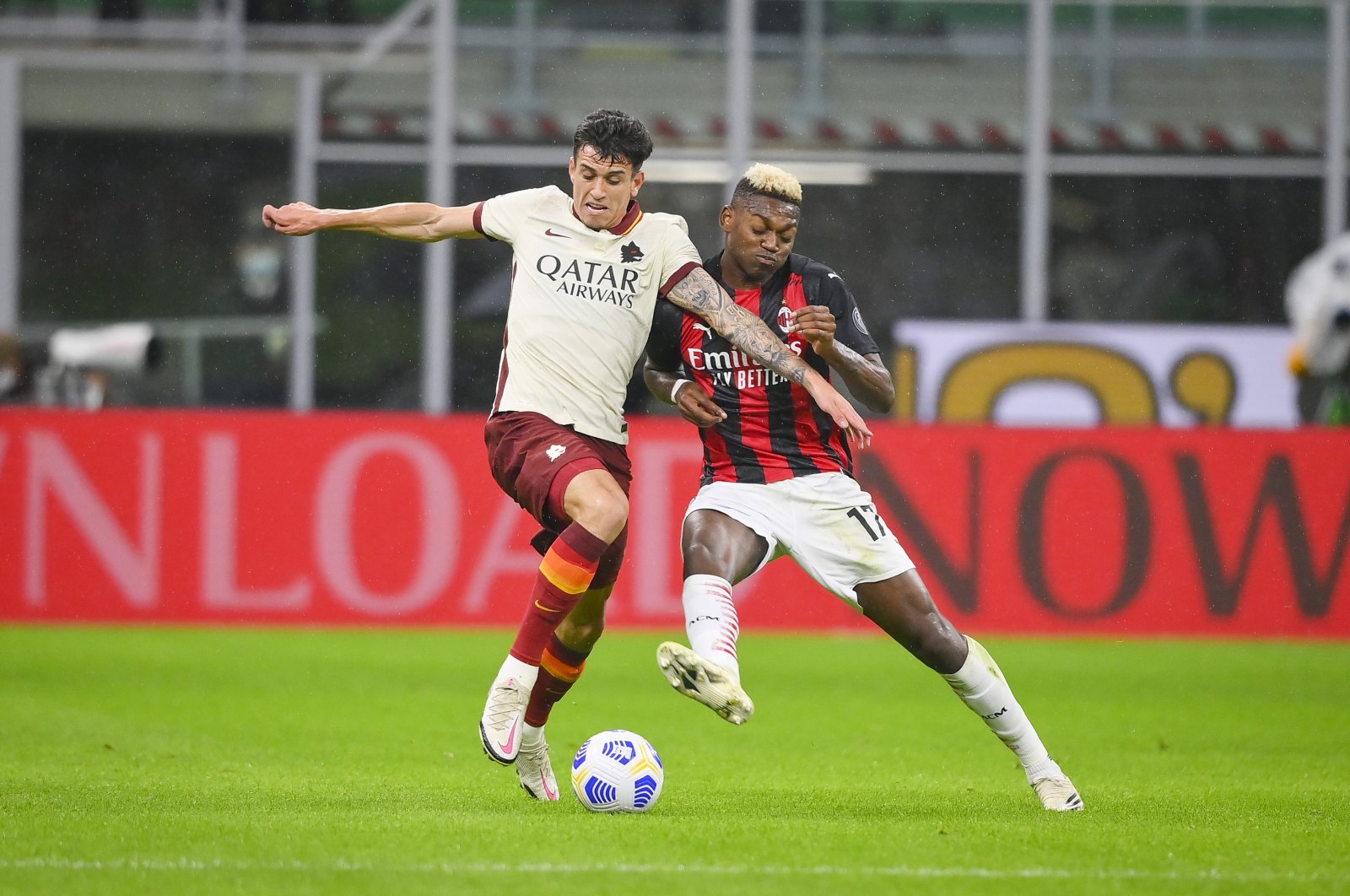 AC Milan’s perfect start to the Serie A season ended with a 3-3 draw against Roma on Monday but the Rossoneri still moved two points clear of Napoli and Sassuolo.

Roma defender Marash Kumbulla equalized six minutes from time following an unintended assist from Zlatan Ibrahimovic, who was trying to clear a corner and instead redirected the ball toward the far post where Kumbulla rushed forward to pound it in.

Edin Dzeko and Jordan Veretout, with a penalty, also scored for Roma.

Ibrahimovic scored twice for Milan, which also got a goal from Alexis Saelemaekers with Rafael Leao setting up two of the Rossoneri’s scores.

Ibrahimovic needed only one touch to find the net following Leão’s pass over the top less than two minutes in at the San Siro.

Milan was without goalkeeper Gianluigi Donnarumma and winger Jens Petter Hauge after both players tested positive for the coronavirus and Donnarumma was missed when Dzeko made it 1-1.

Reserve keeper Ciprian Tatarușanu failed to bat away a corner, allowing the ball to reach Dzeko, who leaped over Alessio Romagnoli for a header by the far post.

Saelemaekers scored Milan’s second after the break following strong work down the left flank and an expert cross from Leao.

Veretout equalized for Roma with a penalty in the 71st following a debatable foul from Ismael Bennacer.

Ibrahimovic then thought he had sealed victory with a penalty in the 79th following an equally dubious foul by Gianluca Mancini. But the Swedish superstar was to blame for the final goal from Kumbulla, who also scored the winner in Roma’s 2-1 comeback win at Young Boys in the Europa League last week.

It was the first match since a new decree came into effect banning fans at stadiums due to a second wave of coronavirus infections.