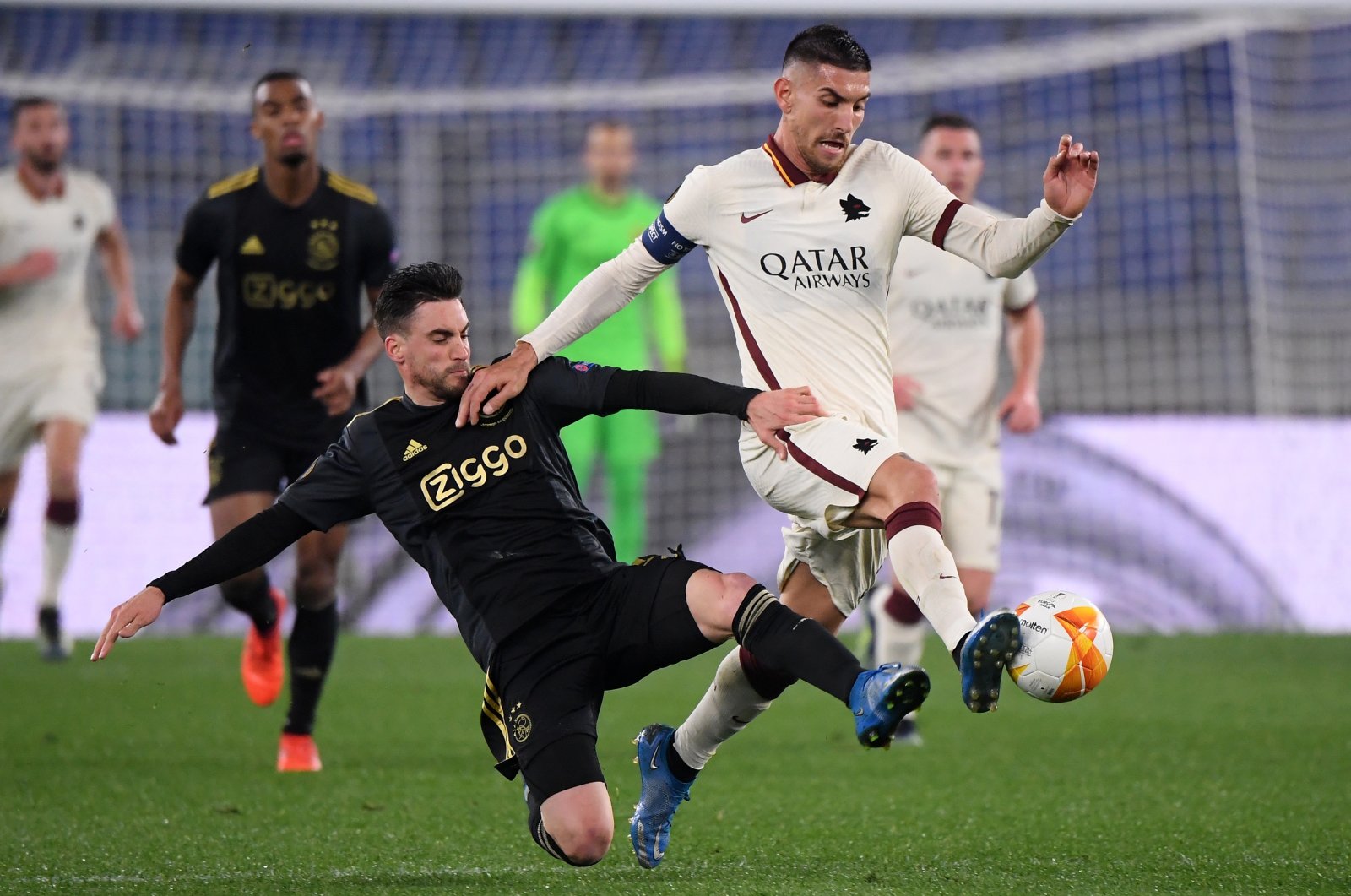 Roma held Dutch giant Ajax to a 1-1 stalemate Thursday to go through to the UEFA Europa League semifinals 3-2 on aggregate, setting up a potential blockbuster against English powerhouse Manchester United.

Edin Dzeko's strike 18 minutes from time ensured the draw and passage for Paulo Fonseca's side, who was on the back foot for most of the match, and a showdown with United who strolled into the semis 4-0 after a 2-0 win over La Liga outfit Granada at Old Trafford.

"I've never got to a semifinal before, so I'm very proud, especially as we are representing Italy right now," said Fonseca, who has been under pressure following a disappointing Serie A campaign.

"It's a source of pride for Roma and we are all very happy."

Italy's only remaining representative in Europe came into the clash at the Stadio Olimpico with a slender lead but two away goals from last week's first leg in Amsterdam.

Its European campaign looked in danger when Ajax teen Brian Brobbey was introduced for Antony at the break and the striker made an instant impact, racing onto Perr Schuurs' pass three minutes after the restart and nipped the ball past an onrushing Pau Lopez.

However, after Dusan Tadic's strike for the away side six minutes later was ruled out for a foul on Henrikh Mkhitaryan in the build-up, Dzeko tipped the tie in Roma's favor.

The Bosnian was on hand to tap home the leveler, which put Roma a goal ahead on aggregate after Riccardo Calafiori's low cross was deflected into his path.

With Ajax needing to score again to take the tie into extra time the host was galvanized and managed to fend off Erik ten Hag's outfit, who will have to wait until next season for a shot at European glory.

"If you look at the overall tie we were the better side, but that doesn't mean anything," Ajax's Davy Klaasen told Dutch broadcaster RTL7.

"We knew they would be happy to defend their 2-1 lead."

Roma will be hoping to gain revenge on United for the 7-1 hammering it suffered at Old Trafford at the quarterfinal stage of the Champions League in 2007.

United had few problems against Granada, who had a mountain to climb after losing the first leg 2-0 in Spain.

Edinson Cavani opened the scoring after just five minutes to put United ahead on the night when he lashed home Paul Pogba's looping knockdown.

The away side pressed and had some chances but Jesus Valleho's last-minute own goal sealed the win for United, who could yet have an all-English final with Arsenal.

The Gunners will face Villarreal in a fortnight after thumping Slavia Prague 4-0 to go through 5-1 on aggregate.

Behind on away goals thanks to Tomas Holes' stoppage-time leveler at the Emirates Stadium last week, Arsenal ended Slavia's 23-match unbeaten run thanks to a six-minute blitz from Nicolas Pepe, Alexandre Lacazette and Bukayo Saka in the first half that sealed the tie.

Lacazette scored his second of the night in the 77th minute, collecting Pepe's low cross before drilling home a left-foot finish that put the cherry on the cake for Mikel Arteta's side.

"Games are decided in both boxes and we were ruthless in both of them today. We kept a clean sheet, we scored four and we could have scored more," Arteta said.

Emery, who was succeeded by Arteta at the Emirates, is on course to claim his fourth Europa League crown as a coach after his Villarreal team made short work of Dinamo Zagreb in a 2-1 win to qualify 3-1 on aggregate.

Paco Alacer opened the scoring nine minutes before the break when he finished off a superb team move and Gerard Moreno continued a career-best season shortly afterward, firing home his sixth goal in the competition after Dominik Livakovic's save.

Mislav Orsic salvaged some pride for Dinamo with 16 minutes left, but it was too little too late to save the Croatian champions' European campaign.