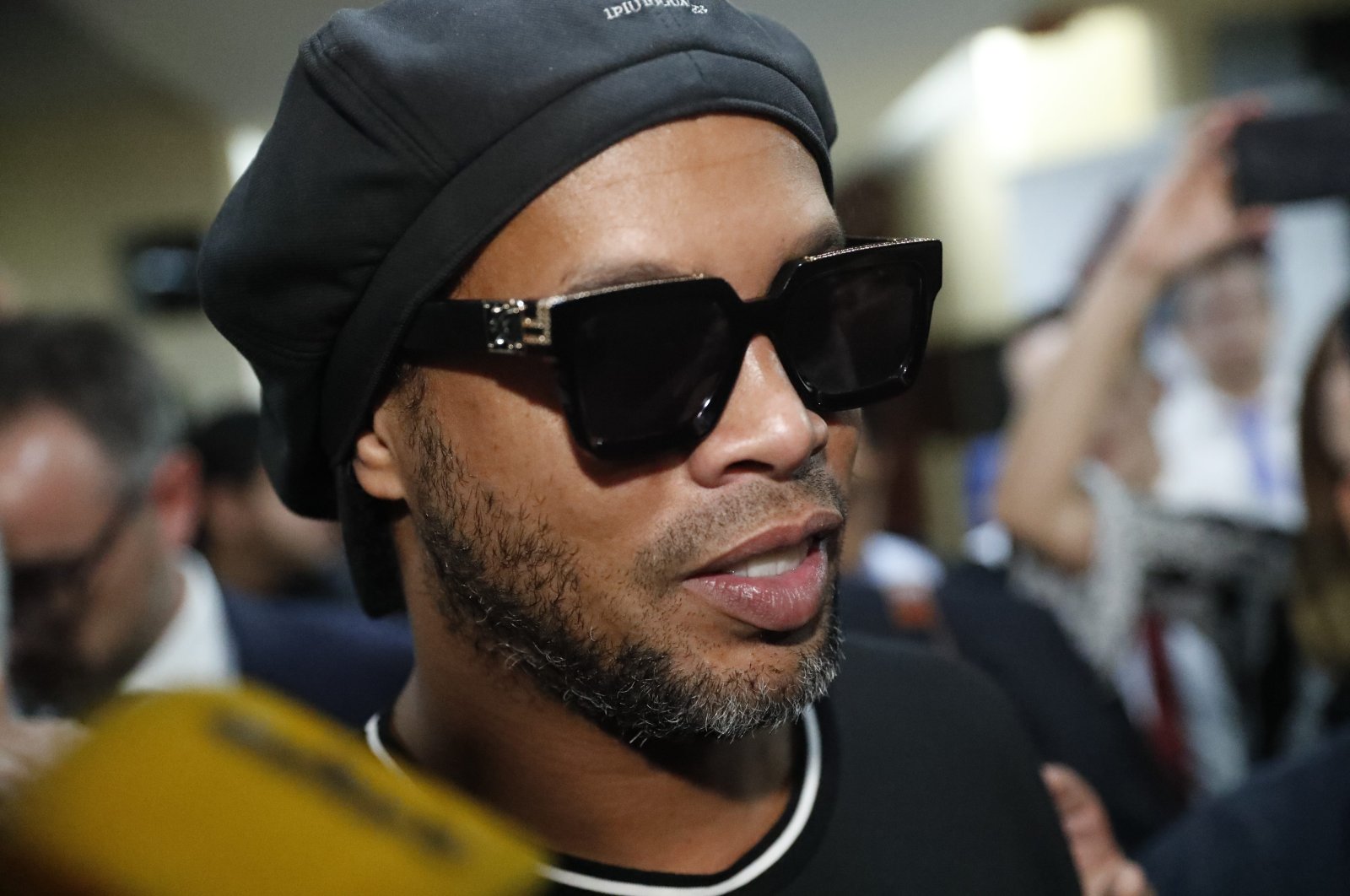 Football star Ronaldinho was arrested Friday night in a hotel in Paraguay's capital after authorities said he entered the country with falsified documents.

The 39-year-old Brazilian and his brother, Roberto Assis, were taken to a police station in Asunción shortly before 10 p.m. local time, Paraguay's prosecutors office said in a statement.

"The Attorney General's office issued a warrant for their arrest, charged the player Ronaldinho with using a public document with false content and requested preventative detention," Paraguay's public ministry tweeted.

The two men will be held overnight at a police station.

Sources from the public prosecutor's office told Agence France-Presse (AFP) that the brothers will be summoned for a hearing on Sunday to impose measures.

Ronaldinho's lawyer Sérgio Queiroz confirmed the arrest to The Associated Press and said his legal team in Paraguay has filed an injunction to release the former footballer and his brother.

Shortly before the arrests Queiroz told the AP the 2002 World Cup winner and former Barcelona star was preparing to take a flight back to Rio de Janeiro, where he lives.

Ronaldinho and Assis testified for six hours earlier about the false Paraguayan documents found in their possession on Wednesday. The Brazilians said they had come to Asunción for business reasons.

The former footballer and his brother said the documents were offered as a gift by a Brazilian businessmen, Wilmondes Sousa Liria, who has already been jailed.

Brazilian authorities withdrew Ronaldinho's passport in November 2018 after he failed to pay a $2.5 million fine for environmental damage incurred during the building of a property in Porto Alegre, in southern Brazil.

Ronaldinho, won the 2002 World Cup with Brazil, had been invited to the Paraguayan capital by a foundation for needy children, and to promote his new book.