Ronaldinho longs for freedom after more than 2 months in detention 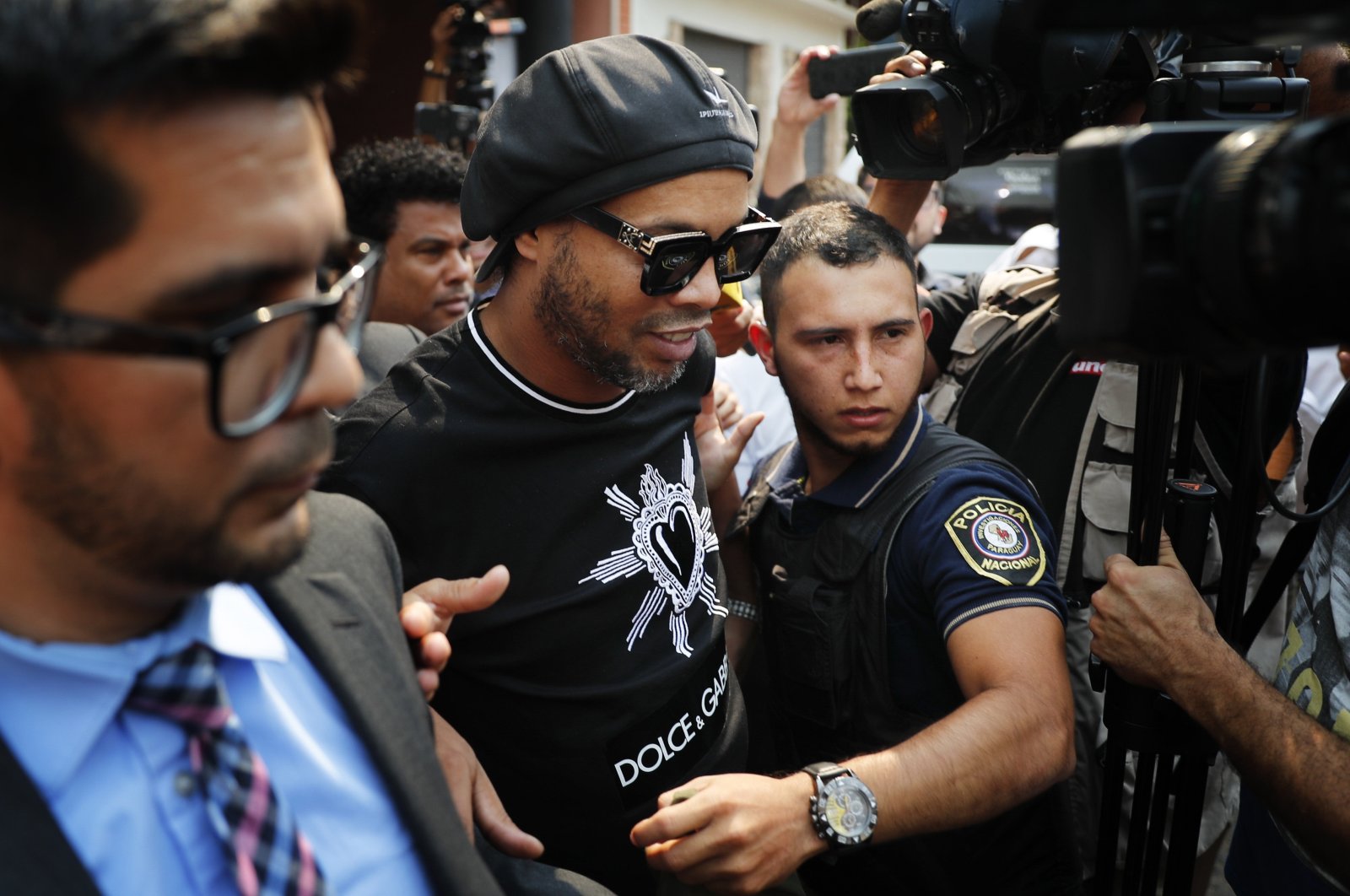 Brazilian great Ronaldinho's lawyers are hoping the former world player of the year will be allowed to go home after more than two months of detention in Paraguay over a forged passport.

"We're hoping to convince the prosecution to allow Ronaldinho and his brother to return to their country. We can do nothing but wait for the investigation to end," a defense source told Agence France-Presse (AFP).

Former Barcelona, AC Milan and Paris Saint-Germain star Ronaldinho and his brother, Robert de Assis Moreira, are facing up to five years in jail if convicted.

The brothers spent more than a month behind bars after they were accused of entering Paraguay in possession of false passports.

The 2005 Ballon d'Or winner and his brother posted bail of $1.6 million and have been under house arrest at the plush Palmaroga Hotel in the historic center of the Paraguayan capital Asuncion since April 7.

The public prosecutor has six months to investigate the case and has ordered the arrest of 18 in connection with it.

"There is not one single serious proof that incriminates him," Rogelio Delgado, president of Paraguay's footballer union told AFP.

"Although he has a luxury prison, it's very unfair that he's still being detained," added Delgado, a former Paraguay international.

The 40-year-old Ronaldinho has been keeping a low profile since being released from behind bars, not least because of coronavirus lockdown measures.

"I was completely caught off guard when I found out that these passports were not valid," Ronaldinho told Paraguayan newspaper ABC last month in his only public statement since his release.

Ronaldinho, considered one of the greatest footballers of all time, was crucial in Brazil's 2002 World Cup win.

He and sibling Robert – who is also his business manager – initially encountered no problems after arriving in Asuncion from neighboring Brazil on March 4.

However, shortly after their arrival, the pair were taken into police custody when investigators raided their hotel following the discovery that their passports were fake.

Ronaldinho, given a rock star's welcome to Asuncion by around 2,000 children and teenagers, said the documents had been given to him by sponsors of a charity working with disadvantaged children.

The investigation has since expanded into a case of possible money laundering.