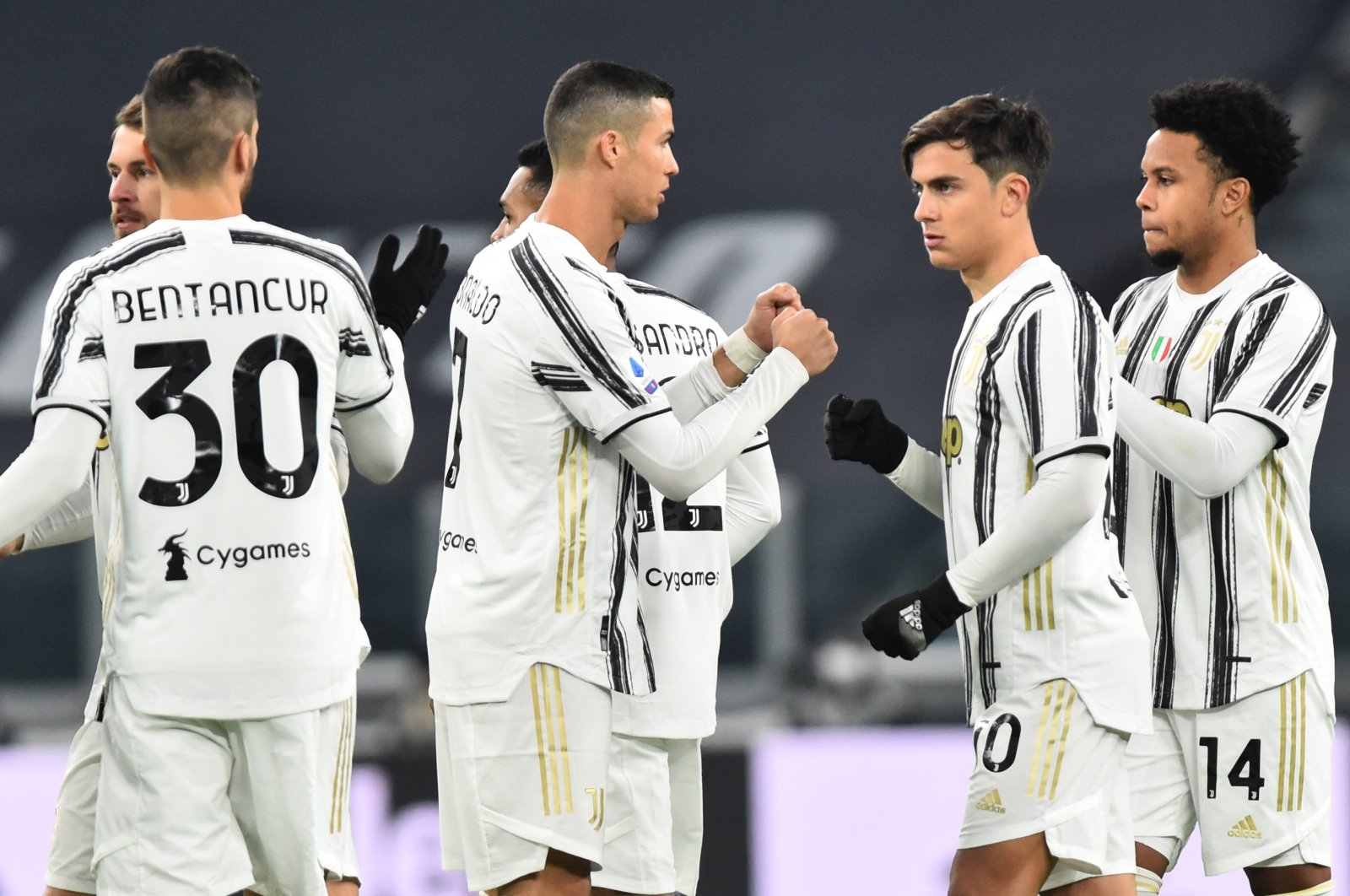 Andrea Pirlo's Juventus are 10 points behind unbeaten Milan, having played a game less, as the two are set to clash on Wednesday in Serie A. Inter Milan lurk just one point behind their city rivals with a chance to pull ahead against mid-table side Sampdoria.

"Against Juventus it's not decisive nor a passing of the baton," insisted Milan coach Stefano Pioli. "Juve have won the last nine titles and aren't far behind us." But a failure to take three points would weigh heavily on Pirlo's team who currently sit fifth.

It will be a clash of styles between Milan and the champions, who have relied heavily on Ronaldo this season, with the Portuguese scoring 14 of their 29 goals, including six braces. Without the 35-year-old, Juventus have struggled for victories, being held three times in his absence by Crotone, Hellas Verona and Benevento. Juve will also be without injured forward Alvaro Morata, their second-best scorer after Ronaldo, with defender Alex Sandro also out after testing positive for coronavirus. Milan has remained solid despite missing injured top scorer Zlatan Ibrahimovic since late November, winning five and drawing two in his absence. The 39-year-old Swede scored 10 goals in six games played before picking up a muscle problem. Including Ibrahimovic, 13 different players have scored for Milan since the beginning of the season, compared to just eight for Juventus. AC Milan forward Rafael Leao will test himself against fellow Portuguese Ronaldo in the San Siro. The 21-year-old has been on-form in Ibrahimovic's absence, scoring the fastest-ever goal in Serie A history after just six seconds before Christmas, and also curling in a strike from a tight angle on Sunday. "Rafa is a player with enormous potential and super quality. I expect a lot from him," said Pioli of the U21 international who has netted 11 times in 49 games for Milan.

Pirlo revealed that the club "was a little short" among strikers and were looking at bringing in an additional forward during the transfer window.

Milan's young team have been harnessed by Ibrahimovic's return to Lombardy a year ago, promising to deliver the "Scudetto" they last won with him in 2011. Since March, Milan is unbeaten in the league, and on Sunday it won 2-0 at Benevento despite playing a man down for an hour. "It's too early, in April we will see where we are in the standings and understand where we can arrive," continued Pioli. "In my opinion Juventus, Inter and Napoli are the strongest sides in Serie A, we just have to keep going along our path."

Big-scoring Inter goes to Claudio Ranieri's Sampdoria chasing a ninth straight league win. But top scorer Romelu Lukaku remains uncertain after picking up a thigh injury in their 6-2 win over Crotone on Sunday.

Six points behind Inter, third-placed Roma travel to rock bottom Crotone, with Napoli two points away from the capital side ahead of their match with lowly Spezia. Sassuolo looks to get back winning ways against 19th-placed Genoa, with Atalanta hosting struggling Parma hoping to close the three-point gap between them and the Champions League places. Ninth-placed Lazio host Fiorentina, sitting 14th, desperate to keep in touch with the European spots after a wildly inconsistent season so far.