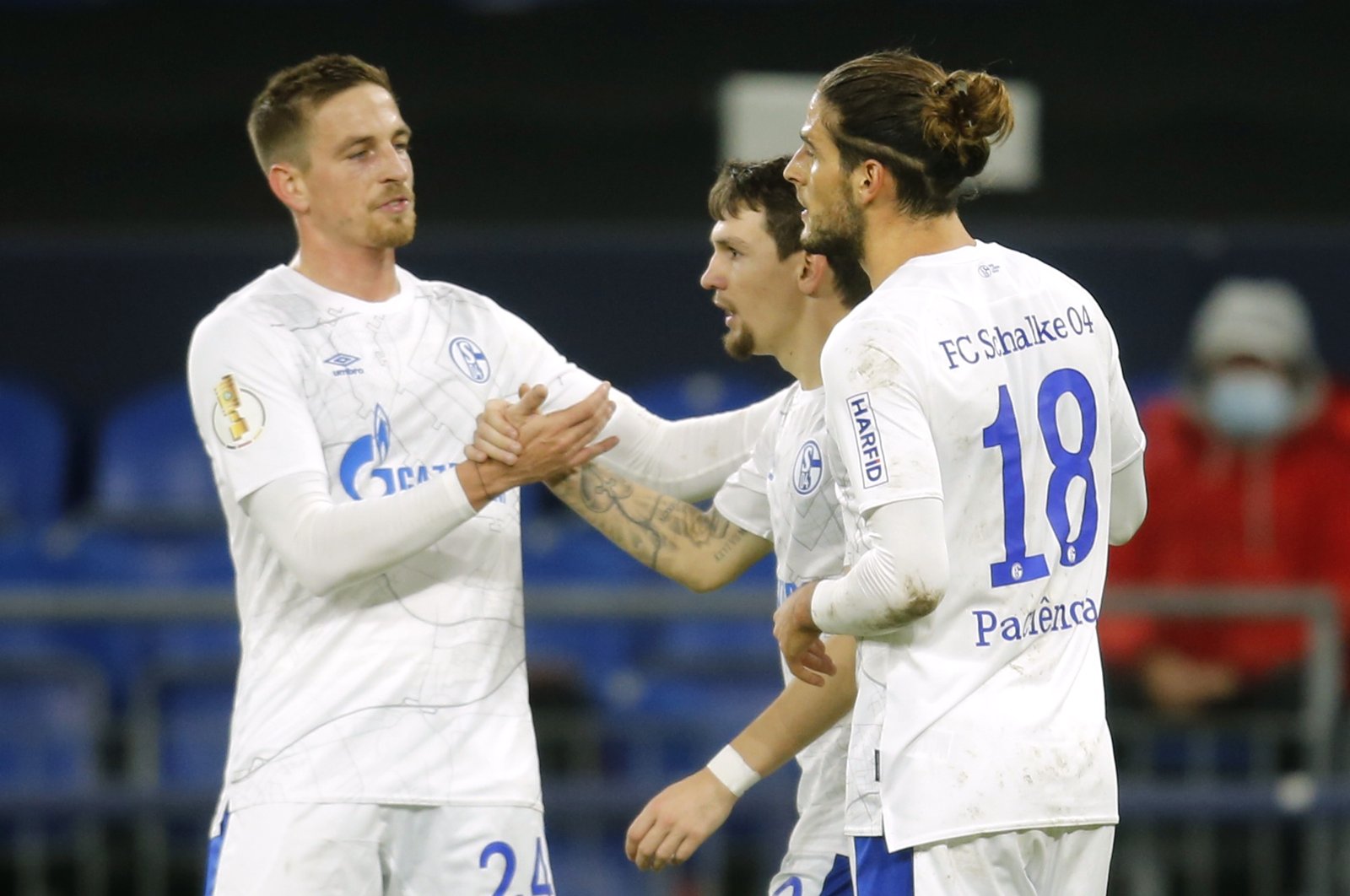 Schalke 04 ended its nine-month winless streak in all competitions by beating fourth-tier club Schweinfurt 4-1 in the first round of the German Cup (DFB Pokal) on Tuesday.

The game was closer than the scoreline would suggest. Schweinfurt briefly led on a goal from Martin Thomann before Vedad Ibisevic and Alessandro Schopf responded to give Schalke a 2-1 lead at the break. Schweinfurt won a penalty saved by Schalke goalkeeper Ralf Fahrmann before Schopf and Benito Raman extended Schalke's lead.

Before Tuesday, Schalke had last won a competitive game on Feb. 4 against Hertha Berlin in extra time in the cup.

The financially troubled club is still on a 22-game winless streak in the Bundesliga going back to January. That is the second-worst run for any team in league history.

Schweinfurt was competing in two different seasons at once. While it had a place in the 2020-21 German Cup, it's still contesting the 2019-20 campaign in the Bavarian regional league. Officials there opted to carry on with that campaign after a suspension for the COVID-19 pandemic rather than start a new season.

The Bavarian league was suspended again Monday after officials declared an early winter break because of German measures to prevent the spread of COVID-19, which is surging again in Europe.

Schalke was without one unnamed player who the club said Monday had tested positive for COVID-19. Local health officials allowed the game to go ahead despite that case.