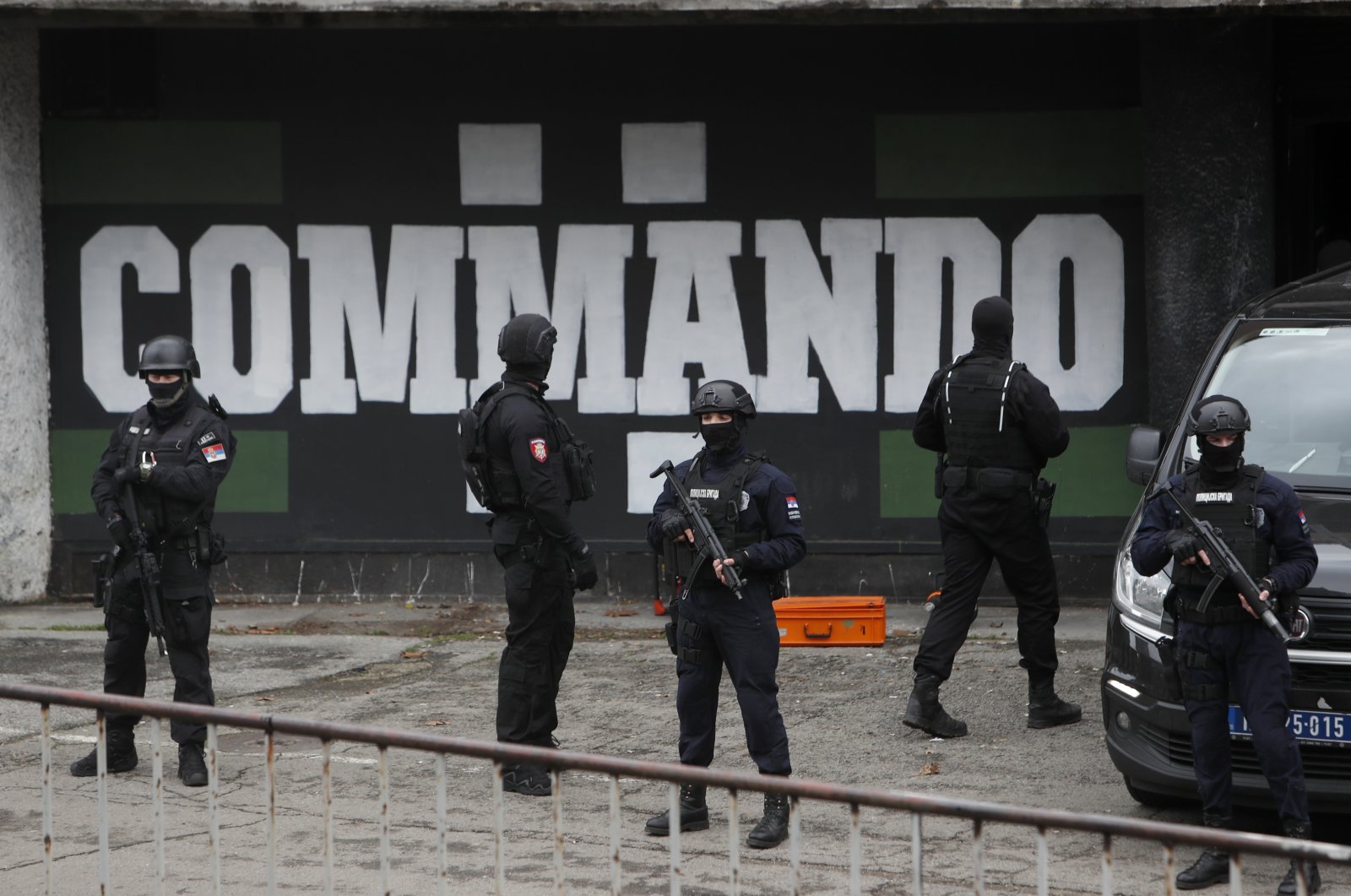 Heavily armed riot police ordered all those working at the neighboring Partizan and Red Star stadiums in Belgrade to leave the premises and trainings were suspended while the offices were searched.

Police said that those arrested "hid behind" a Partizan supporter group but are "responsible for a series of most monstrous crimes" committed over the past 10 years.

"These are not football fans, these are criminals," police commander Ninoslav Cmolic said.

Serbian media reported that Partizan fan leader Veljko Belivuk was among those detained overnight. Belivuk, also known as Velja Nevolja or Velja the Trouble, was often linked to criminal activity but reportedly managed to stay free because of his connections with politicians.

Belivuk, who had been charged but never sentenced for the murder of a rival Red Star fan at a Belgrade nightclub in 2015, was reportedly arrested as he tried to burn a car used in recent "criminal activity."

Interior Minister Aleksandar Vulin said Serbia "is a serious country which will not tolerate another creation of a criminal clan which thinks it is stronger than the state."

More than a dozen prominent figures from the country’s football supporters’ groups have been murdered in recent years. Most have perished in gangland-style killings.

Serbia has a history of tolerating hooliganism that often resulted in violence and nationalistic outbursts at stadiums. During the Balkan wars in the 1990s, many of them joined notorious paramilitary groups known for war crimes against other national groups in the former Yugoslavia.

With the return of populists to power in Serbia eight years ago, far-right football supporters were often seen at pro-government rallies pushing some of its nationalist political agenda. In exchange, analysts say, the hooligans have been allowed to pursue their illegal business activities.