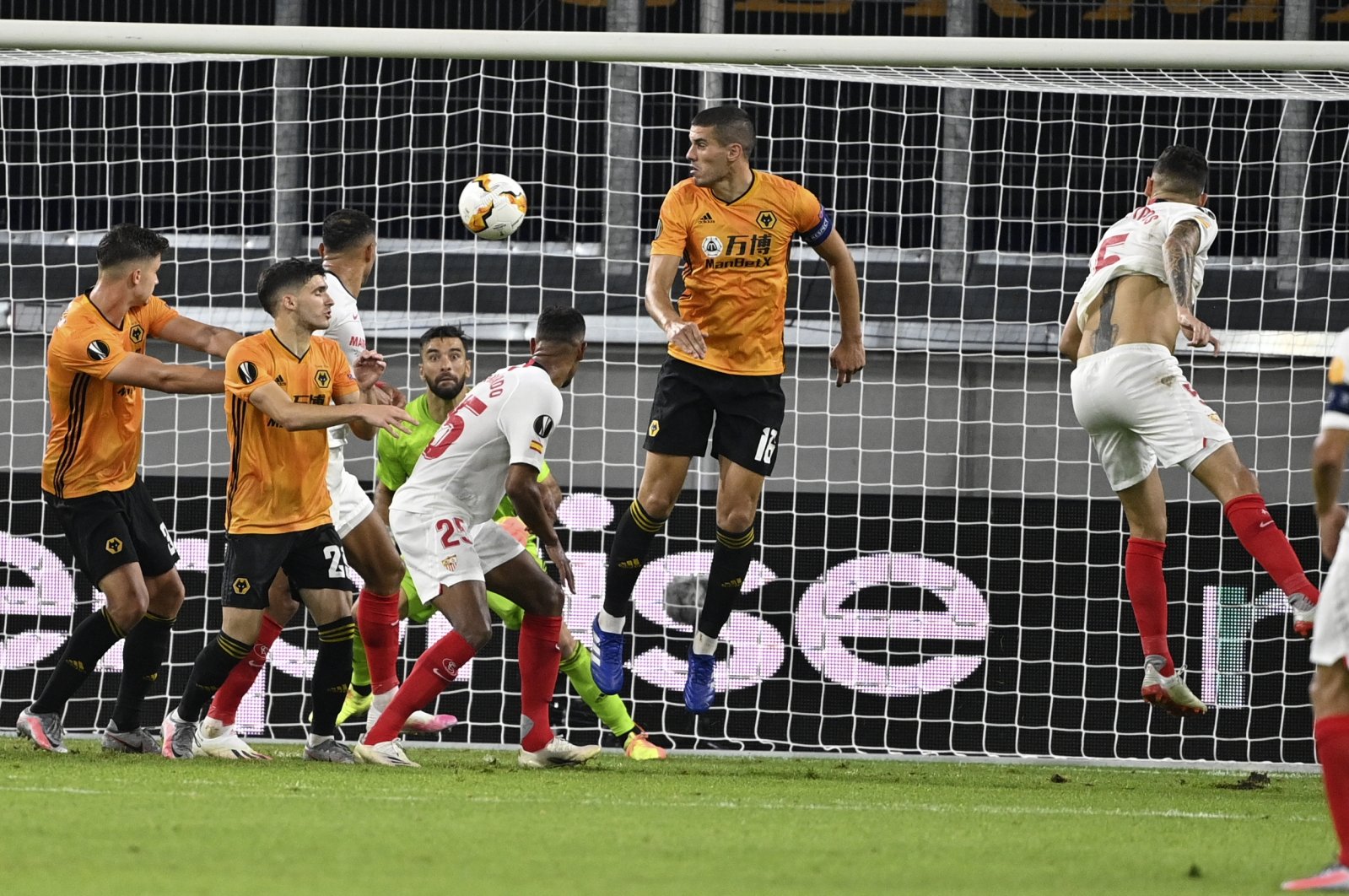 Sevilla and Shakhtar Donetsk qualified for the semifinals of the Europa League on Tuesday after respective wins over Wolverhampton Wanderers and Basel.

One missed opportunity was all it took to end Wolverhampton's European dreams.

Raul Jimenez stepped up to take an early penalty against Sevilla in Tuesday's quarterfinal, just as he'd done to beat Olympiakos in the last round. This time, though, his shot was too central and saved by Yassine Bounou.

Sevilla dominated the rest of the game after that as Wolves increasingly tired in its 59th game of a long season. A goal looked inevitable and Lucas Ocampos delivered with a header to win the game in the 88th minute.

The loss ended Wolves' best European run since reaching the UEFA Cup final in 1972 — and its chances of qualifying for the Champions League. Sevilla, meanwhile, stayed on course for a record-extending sixth title in the competition. Manchester United is next up in the semifinal Sunday.

Sevilla had 73 percent possession and seemingly endless second-half set pieces around the Wolves penalty area — so many that the grass around the six-yard box was thoroughly churned up as players jostled for position — and finally broke through when Ocampos met Eder Banega's cross with a glancing header in the 88th minute.

Wolves forward Adama Traore earlier showed extraordinary pace in his 54th club game of the season to sprint in behind the Sevilla defense, only for Diego Carlos to cut him down with a tackle from behind for the penalty. Jimenez had scored an early spot-kick against Olympiakos last week but his shot this time was within easy reach for Bounou.

Traore's speed has been lethal in many of Wolves' games this season but it was a non-factor after the opening half-hour and the increasingly weary right-sided forward was later substituted.

Wolves had the longest Europa League campaign of any team left in the competition, having started more than a year ago in the first qualifying round with a win over Northern Irish club Crusaders on July 25, 2019.

Meanwhile, Shakhtar Donetsk routed Basel 4-1 on Tuesday’s other game to set up semifinal against Inter Milan.

Four Brazilians scored for the Ukrainian side before Ricky van Wolfswinkel netted a consolation goal for the Swiss side.

Júnior Moraes put Shakhtar ahead in the second minute by steering in a header from Marlos’ corner. It was the Brazilian-born Ukraine forward’s 25th goal across all competitions, coming after he scored two against Wolfsburg in the second leg of their rescheduled round-of-16 tie last week.

Afimico Pululu almost equalized with a solo effort for Basel, but Taison grabbed Shakhtar’s second with a deflected shot after a fine flowing team move in the 22nd.

Marcos Antônio almost added a third when he struck the crossbar with a curling shot in the 40th. Raoul Petretta produced a clearance to deny Moraes from the rebound.

Alan Patrick’s penalty in the 75th effectively sealed the Ukrainian side’s place in the semifinals, before right back Dodô added the fourth.

The tournament is being played in a shortened format in Germany because of the coronavirus pandemic, which forced all European competitions to be halted for months.

Shakhtar will play Inter in Düsseldorf on Aug. 17. The final takes place in nearby Cologne four days later.