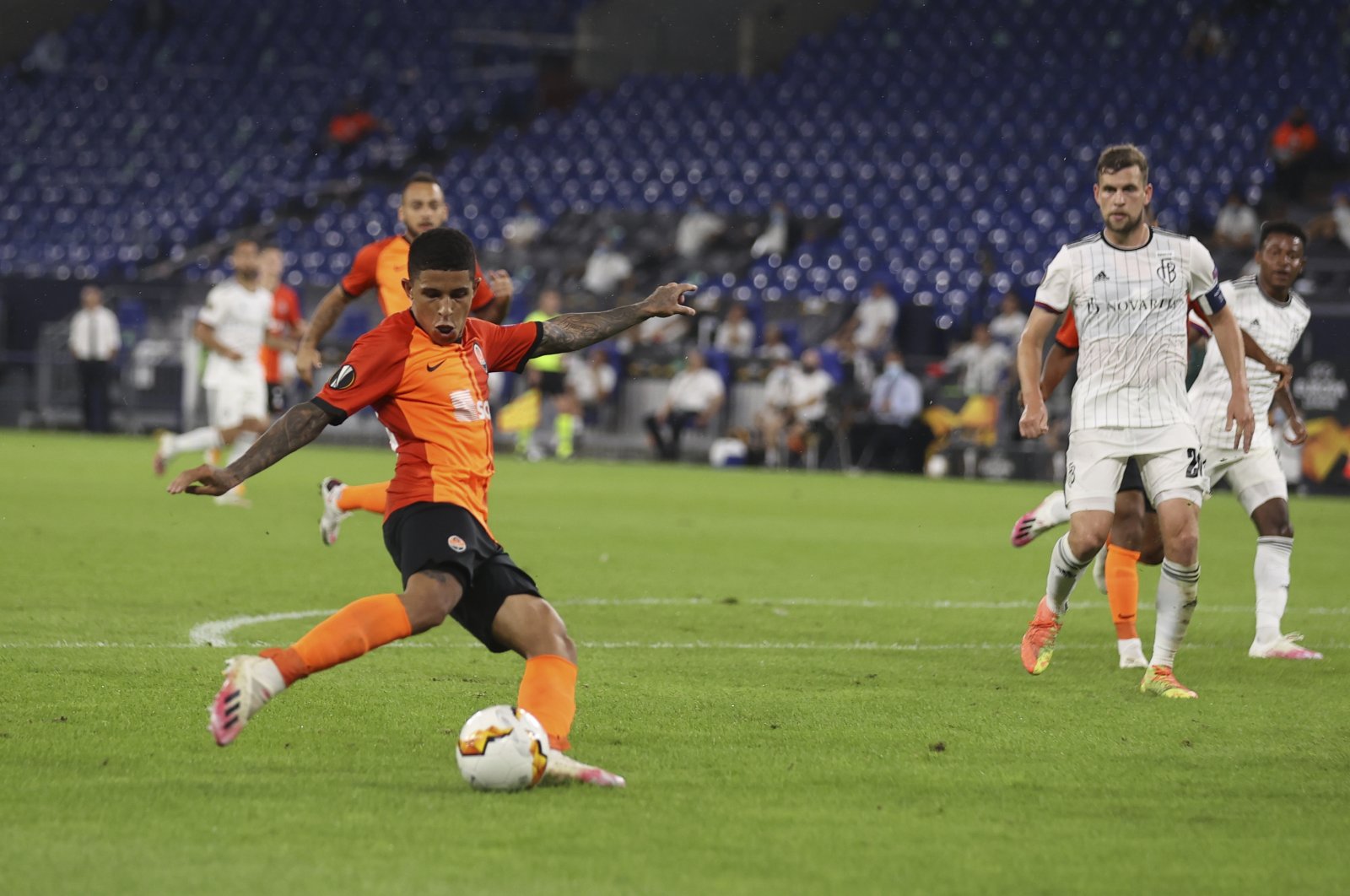 Shakhtar Donetsk is better suited than most to deal with the eery surroundings of a Europa League semi-final behind closed doors as the Ukrainian champions continue to thrive despite not playing in their home city in six years.

Uprooted by the war in eastern Ukraine bein waged between government forces and Russian-backed separatists, Shakhtar has been forced to relocate firstly to Lviv, 1,200 kilometers from home, and for the past three years in Kharkiv, a mere 300 kilometers from their Donbass Arena in Donetsk.

The state-of-the-art 52,000 capacity stadium when it opened in 2009 went onto host a Euro 2012 semi-final and was meant to be a home fit for an emerging power in European football.

Shakhtar became just the second Ukrainian club to win a European trophy by lifting the UEFA Cup just months earlier and have deposed rivals Dynamo Kyiv as the country's dominant force with 10 league titles in the past 13 years. Instead, the Donbass now lies deserted and damaged by shelling during the conflict. Yet, despite the upheaval and a dwindling fanbase in Donetsk as many feel left behind by the club that once was a source of great local pride, on the field Shakhtar have continued to flourish.

Next season will be the 14th time in 17 years they will be in the Champions League group stages, while in UEFA's coefficient rankings for the performance of all European clubs over the past 10 years, they sit 16th ahead of the likes of Tottenham, Ajax and Monday's Europa League semi-final opponents, Inter Milan. Bankrolled by billionaire owner Rinat Akhmetov, Shakhtar's success is rooted in a long-term transfer policy that buys up and coming Brazilian talent low and sells high, while simultaneously sweeping up the best players from their rivals in Ukraine.

Fernandinho, Willian, Douglas Costa and Fred are among those to have made their name in European football in Ukraine before being sold for an estimated $200 million across Europe.

Akhmetov's mining businesses have been hit by the war, which has scaled back investment, but the formula remains the same. The current squad boasts 12 Brazilians, including nationalized forwards Junior Moraes and Marlos. Yevhen Konoplyanka has returned to his homeland after spells with Sevilla and Schalke and is one of a number of Ukrainian internationals.

Portuguese coach Luis Castro has picked up where his compatriot Paulo Fonseca left off when he moved to take charge of Roma at the start of the season. After narrowly missing out on a place in the Champions League last 16, Benfica, Wolfsburg and Basel have all been blown away by Shakhtar's free-scoring attack since dropping into the Europa League.

"Since the very beginning of the season, we haven't suffered a single defeat outside Ukraine - neither in the Champions League nor in the Europa League," said Castro of a squad used to life on the road. "If you work as hard as my players do, if you have the kind of mettle my guys have got, then they don't fear any match in any stadium."

One of Shakhtar's Brazilian contingent, Taison, has been at the club since 2013 and believes leaving a legacy by winning the Europa League matters even more to those who have lived through the highs and lows of recent seasons. "Especially for those of us who have been in the club for so long, we've had this dream in our heads of getting to the final," Taison told UEFA.com.

"We knew that when we reached the quarter-finals or semi-finals we were going to face strong teams, but we've had this in our minds, even as we face Inter, of making it to the final. "We want to go down in the history of the club, and to do that we must lift trophies such as the Europa League."