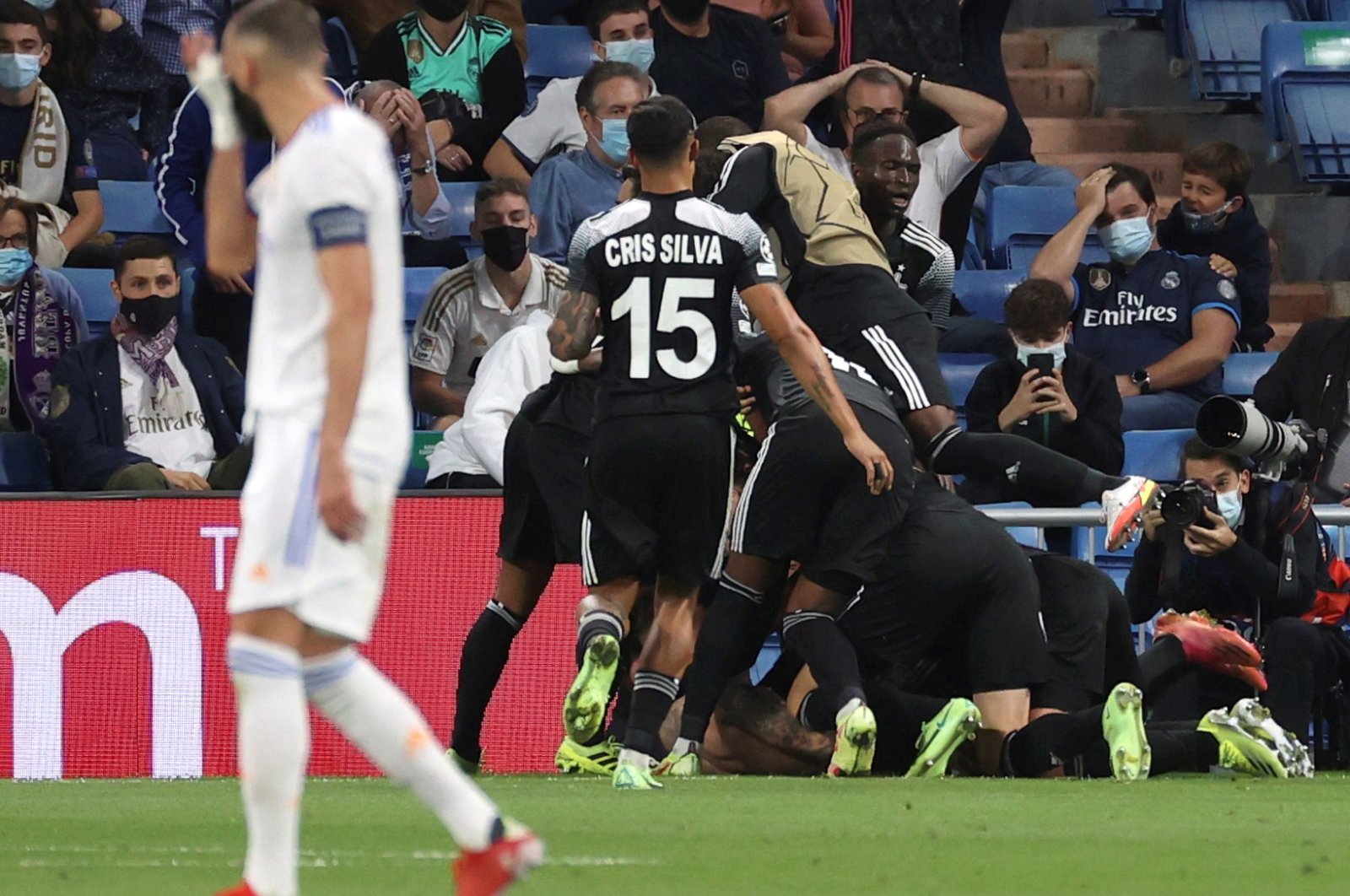 Thill netted with a powerful shot into the top corner from the edge of the area to give newcomer Sheriff its second consecutive victory. It leads Group D with six points, three more than Madrid and five more than both Shakhtar Donetsk and Inter Milan, which drew 0-0 in Ukraine in the other group match.

Sheriff beat Shakhtar Donetsk 2-0 in its opener at home, while Madrid won 1-0 at Inter.

Sheriff is the first club from the Moldovan league to qualify for the group stage of the Champions League, although it is based in the breakaway region of Transnistria, a self-proclaimed independent nation that isn’t recognized by any United Nations member state.

The club is funded by the Sheriff company, which runs large parts of the economy in Transnistria and has strong political ties.

The visitors had rarely threatened until opening the scoring after a breakaway in the 25th, with Jasurbek Yakhshiboev finding the far corner with a firm header past Madrid goalkeeper Thibaut Courtois.

A mistake by Courtois a few minutes later while trying to move the ball up the field nearly gave Sheriff another goal, with Yakhshiboev’s shot missing just wide of the post.

Benzema, Vinícius Junior, and Eden Hazard all had scoring chances as Madrid kept pressuring, but failed to capitalize on them while Sheriff threatened on counterattacks.

Benzema equalized from the penalty spot after a controversial foul on Vinicius Junior as he tried to get past a defender inside the area. The referee initially let play continue but awarded the penalty after checking the video review.

Less than 10 minutes later, Sheriff had a potential winner by substitute Bruno called back for offside, but Thill still secured the victory near the end with a first-timer that hit the upper corner of the net.

Madrid coach Carlo Ancelotti made four changes at once after the equalizer, with Luka Modric and Toni Kroos among those coming off the bench.

Madrid has won only five of its last 13 European games at home. It had won five in a row in all competitions before being held by Villarreal to a scoreless draw at the Bernabeu in the Spanish league last weekend.

Madrid is back at the Bernabeu this season after playing at the smaller Alfredo Di Stefano Stadium in its training center during the pandemic.