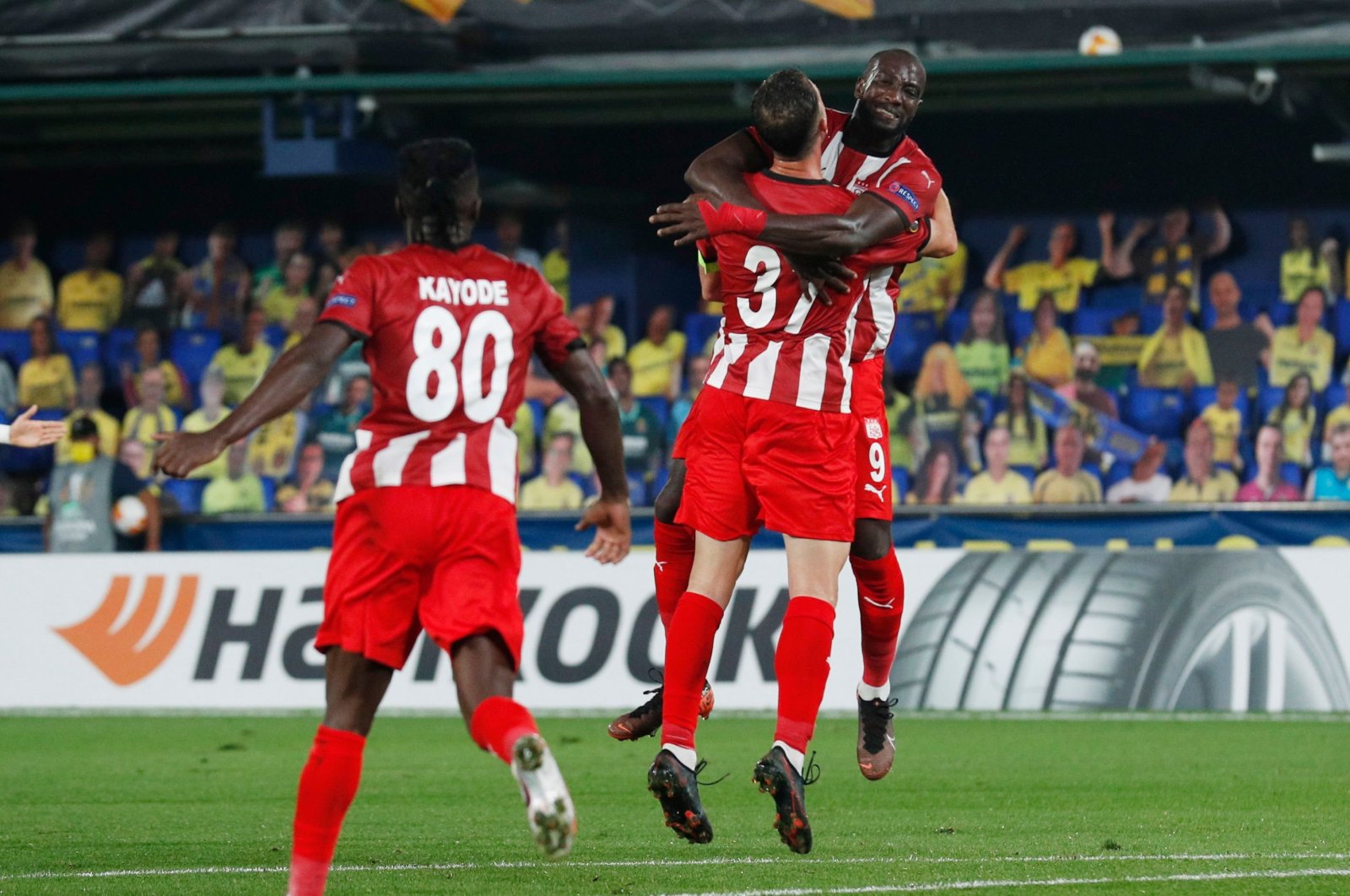 Both winless in Group I after two matches, Sivasspor and Qarabag prepare to meet for the very first time as both seek their first Europa League victory

Sivasspor hosts Azerbaijan’s Qarabag on Thursday as the Süper Lig side looks for its first win in Europa League.

Making its debut in the tournament this year, Sivasspor was unable to secure any points in its matches but still managed to make an impression.

Giving veteran Spanish side Villareal a run for its money, Sivasspor came close to returning with at least a point but ultimately fell short after it was unable to stop two goals in five minutes late into the match.

Not disheartened by the 5-3 loss at Villareal, Sivasspor came close again last week, when it hosted Israel’s Maccabi Tel Aviv.

Taking the lead in 55th with an opener by its striker Olarenwaju Kayode, the Turkish side appeared to be on course for three points. Things, however, took a turn for worse for Sivasspor when the referee sent off Samba Camara with a red card for a tackle and awarded the visitors a penalty.

After equalizing with the penalty, Maccabi Tel Aviv followed with another goal within five minutes to complete its comeback and crush Sivasspor’s hopes.

While Sivasspor hopes the third time will be the charm as it meets the Qarabag, Monday’s 1-1 draw against Hatayspor in the Süper Lig left a bad taste in coach Rıza Çalımbay’s mouth.

Speaking to reporters after the match, Çalımbay said while he was pleased with the sixth-minute opener by his players, any joy was destroyed within seconds after Hatayspor’s equalizer two minutes later.

“It was a good match, but looking at the way we played, it’s simply not enough. We need to play at a much higher level,” Çalımbay said.

While newcomer Hatayspor proved itself to a be tough competition after defeating champion Başakşehir, the reason for Çalımbay’s disappointment was because Hatayspor had not played for almost a month before Monday’s match due to a severe COVID-19 outbreak at the club and the Sivasspor coach expected a better result against the unfit competition. He was proven wrong.

Thursday’s meeting in Sivas will mark the first meeting between the two clubs and a recent decision by the UEFA could give Sivasspor a slight edge in their meeting.

European football’s governing body last month announced that club and national team competitions would not take place in Armenia and Azerbaijan until further notice due to the continuing military conflict in the Nagorno-Karabakh region.

After the decision, the UEFA offered Qarabag several neutral countries to play its matches, but the Azerbaijani side opted to play in Turkey due to the close ties between the two nations.

Qarabag played its Villareal clash in Istanbul’s Fatih Terim Stadium and will likely do so again when it hosts Sivasspor for Matchday 4 later this month.

While the matches will be held behind closed doors, playing in its home country could prove an edge for Sivasspor.

Directly involved in Sivasspor’s last two Europa League goals, Max-Alain Gradel could be the key player for the home side. Qarabag meanwhile, will depend on Owusu Kwabena, who scored the Azerbaijan side’s only goal in the tournament.

Sivasspor and Qarabag both stand at the bottom of Group I with no points.

For the other match of the group, Villareal will host Maccabi Tel Aviv to break the tie at the top. Both clubs currently have six points, with the Spanish coming on top due to goal difference.