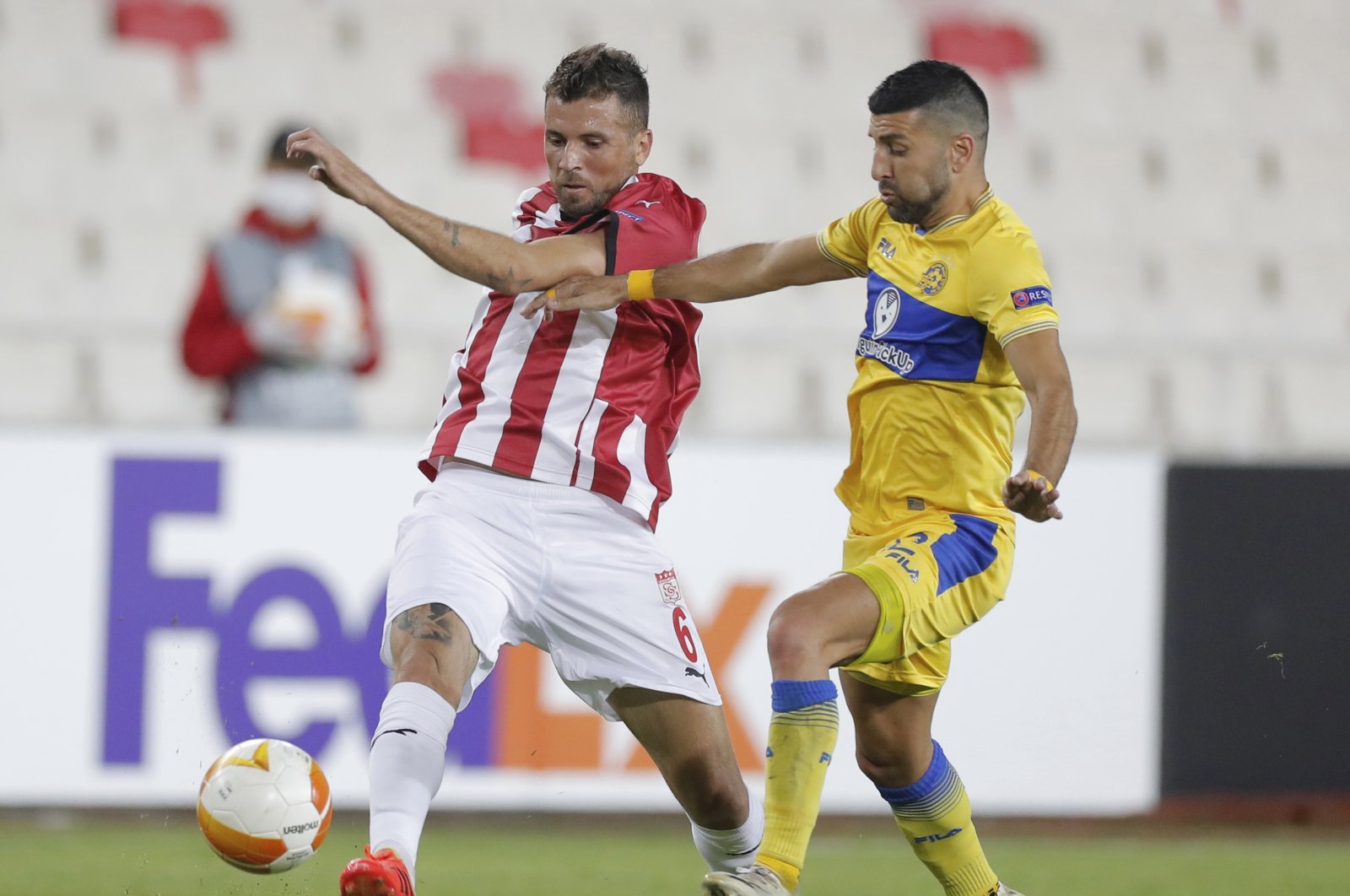 Süper Lig club Sivasspor visits Israel’s Maccabi Tel Aviv for the last match of UEFA Europa League’s group stages, with the Turkish side in need of a win in order to continue its maiden Europe campaign.

Sivasspor’s two victories in the tournament were against the Azerbaijan club Qarabag, which stands at one point and has already been knocked out.

Losing to Maccabi 2-1 at home in its previous meeting, coach Rıza Çalımbay’s players will need to be on their game Thursday, if Sivasspor wants to advance into the knockout stages, as things don’t look bright for the Süper Lig side.

Aside from the Qarabag matches, Sivasspor has been putting on one bad performance after another. The last time Çalımbay’s men won a domestic match was in October when they defeated Kayserispor 3-1. Since then, Sivasspor could only muster three points in six matches.

While Sivasspor has been touting a fighting spirit despite being a debutant in the Europa League, Çalımbay’s men have failed to capitalize on the chances created during the previous matches due to lack of experience in international tournaments.

Making a flashy entrance to the tournament by scoring three goals but ultimately being defeated 5-3 by Villarreal, Çalımbay’s men did not lose any other game by more than a single goal margin.

But if there is any time for Sivasspor players to rise up to the occasion, Thursday will be as good as any. Putting pressure on the team, Sivasspor is the only Turkish club that has a chance to continue in the European tournaments, after Başakşehir was knocked out of the Champions League.

Speaking to Anadolu Agency (AA) before his team departed for Israel, Çalımbay said his side would do everything they can to advance, adding that injuries and coronavirus infections had affected their chances in the campaign.

Çalımbay himself became the latest member of Sivasspor to be infected and had to stay in quarantine in Istanbul. Assistant coach Bülent Albayrak will be at the helm of Sivasspor for Thursday’s match.

Apart from Çalımbay, left-back Uğur Çiftçi and winger Yasin Öztekin will miss the match after testing positive for COVID-19 as well.

Making things worse, Sivasspor’s will likely be without its top scorer in the decisive match. Netting four goals in four matches, Olarenwaju Kayode is the top scorer for the Süper Lig side and his situation remains uncertain as the Nigerian striker missed the two previous matches due to a muscle injury.