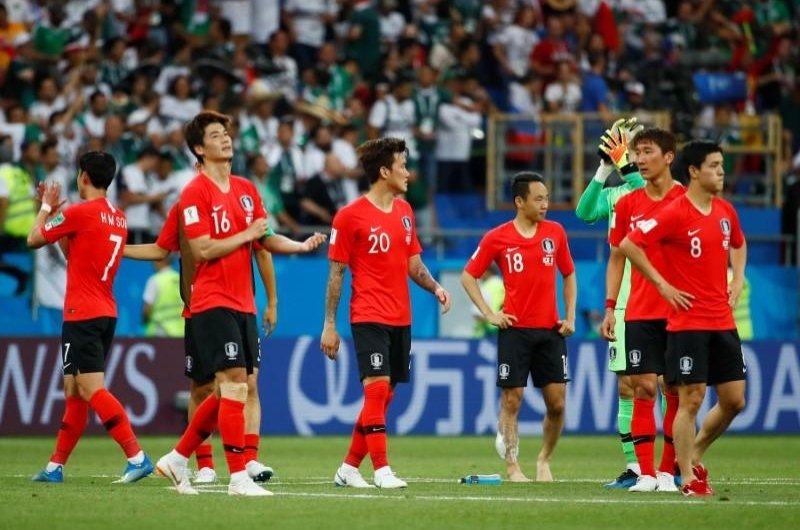 The decision to postpone the league came after the number of confirmed coronavirus cases rose to 833. (Reuters Photo)
by French Press Agency - AFP Feb 24, 2020 2:55 pm
RECOMMENDED

South Korea's K-League postponed the start of the new football season on Monday as a leap in novel coronavirus cases wreaked havoc across its sporting calendar.

The K-League, one of the strongest in Asia, was scheduled to start this weekend. Volleyball, basketball and handball have taken similar measures as cases spiked to 833 in South Korea, with seven deaths.

"The K-League has decided to temporarily postpone the start of the 2020 K-League season until the spread of the COVID-19 outbreak eases," the football body said after an emergency board meeting, adding that: "This is a measure to protect the health and safety of the citizens and our players with the highest priority against the outbreak of the COVID-19 which has entered a serious phase."

Matches featuring Daegu FC, based in the city that is the epicenter of the South Korean outbreak, and nearby Pohang Steelers, had already been delayed. There was no immediate word from the Asian Football Confederation about whether the postponement would affect the AFC Champions League, the continental showpiece featuring four Korean teams.

The K-League statement said it had urged the South Korean teams taking part in the competition to "hold their home games without spectators." After China indefinitely postponed the start of its domestic league, Chinese teams were mostly sidelined from the Asian competition until April.

The coronavirus has cut a swathe through sport in Asia, with high-profile postponements including the Formula One Chinese Grand Prix and the Hong Kong Sevens rugby tournament.

The Korean Volleyball Federation said it would hold matches behind closed doors from Tuesday until "an improvement in the situation." The Women's Korean Basketball League took a similar decision last week and offered fans full refunds.

Nearly 2,600 people have died in China, but the rising number of coronavirus cases and deaths elsewhere has deepened fears about a potential pandemic.