Söyüncü caps off brilliant season with Team of the Year nomination 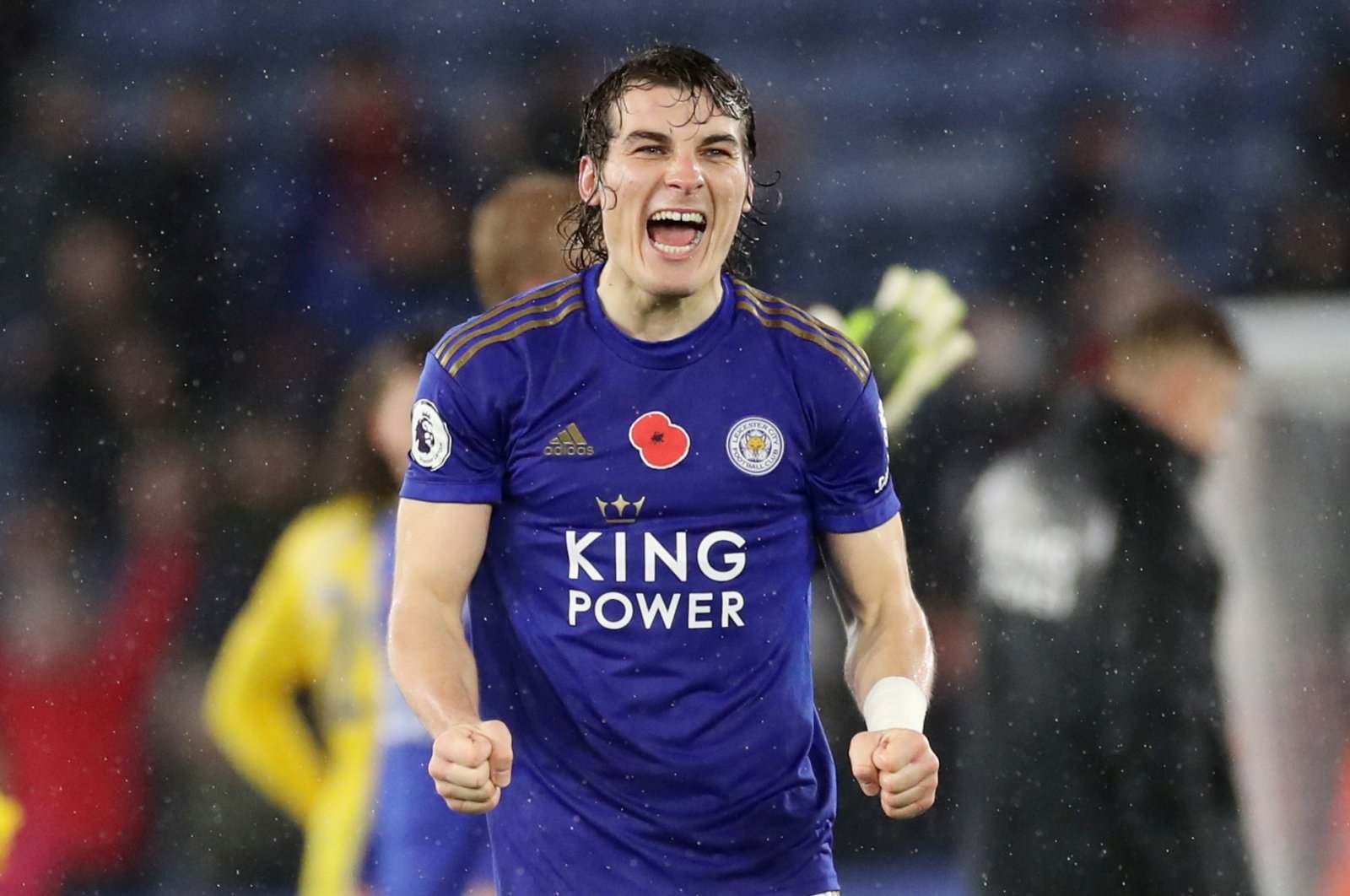 One of Turkish football's rising stars, Çağlar Söyüncü, completed his first full season at the Premier League side Leicester City on the high after he was named in the PFA Team of the Year with the likes of Virgil van Dijk, Kevin De Bruyne and Jamie Vardy

Most of us probably want to just forget the year 2020 – but then again, most of us are not Çağlar Söyüncü.

For Söyüncü, Leicester City’s 24-year-old defensive mainstay, 2020 will always be one for the books – the year he walked out to fill Harry Maguire’s shoes before outgrowing them in every possible way, before strolling right into the Premier League Team of the Year announced by the Professional Footballers' Association (PFA).

The PFA Team of the Year is a top achievement for any veteran of the EPL, but for a Turkish youngster playing his first full season in the world’s most competitive football league, it is a sign of things to come.

Söyüncü arrived at the King Power Stadium in the 2018-19 season from SC Freiburg on a five-year contract worth $24 million. He started with only six matches that season, before hastily – not to mention unfairly – being written off as too young and too rash.

Nevertheless, credit goes to Foxes’ manager Brendan Rodgers who saw Söyüncü’s potential and did not buy another central defender after Maguire’s exit.

Enter the 2019-20 season, and that faith in the young Turk’s ability has truly paid off.

At 1.87 meters (6 feet 2 inches) and 82 kilograms (181 pounds), Söyüncü is more than capable of winning tackles and aerial duels. But, his agility, speed, ability to hold the ball and start play from defense have placed him among English Premier League royalty.

Over the course of the entire season, he made 60 tackles at a 67% success rate, along with 151 clearances – including 73 headed clearances – and won 109 aerial battles. These numbers are impressive for a full first season, but they put him above average at best.

What really sets him apart, however, is his ability to play ball. While defending, Söyüncü is very quick, very physical and very aggressive. But, once he wins possession of that ball, he is as composed as a Shaolin monk; his movements exude confidence that of a player who knows what to do and how to do it.

Another weapon in Söyüncü’s arsenal is his speed – something you usually do not associate with center backs. He was the sixth-fastest player and the fastest center back in the Premier League last season, clocking a top speed of 37.545996 kph (23.33 mph) in Leicester City’s 2-0 win over Crystal Palace in November 2019.

His awareness and intelligence in defense have earned him widespread praise from pundits – even in the hard-to-please British media.

Former England defender turned BBC pundit, Martin Keown said: “He is only 23, but the Turkey international looks like a defender who is made for the demands of the modern game – agile, aggressive and good in the air but also brave on the ball too.”

“There has been no trace of impostor syndrome from Söyüncü. On the contrary, the young Turk has defended with admirable assertiveness, commanding in the air and vigilant in his marking and tackling. And his elan on the ball flirts with the outrageous,” said The Guardian's Paul Doyle.

English footballing legend and lifelong Leicester fan Gary Lineker praised the defender on Twitter: “Seems clear now why @LCFC didn’t bother reinvesting the @HarryMaguire93 fee on another central defender: they knew how good Söyüncü is. Deserves the dots above his name.”

Leicester City’s Söyüncü-Jonny Evans duo formed one of the most formidable defenses in the Premier League last season, keeping a total of 13 clean sheets in 38 matches.

The Foxes were all set for a Champions League spot but faltered at the last moment which saw them finish fifth in the table.

However, that doesn’t discredit what Söyüncü has achieved last season, and he has already been linked to European giants like Manchester City, Liverpool and Barcelona. As it stands, the only way is up for the 24-year-old Turk.