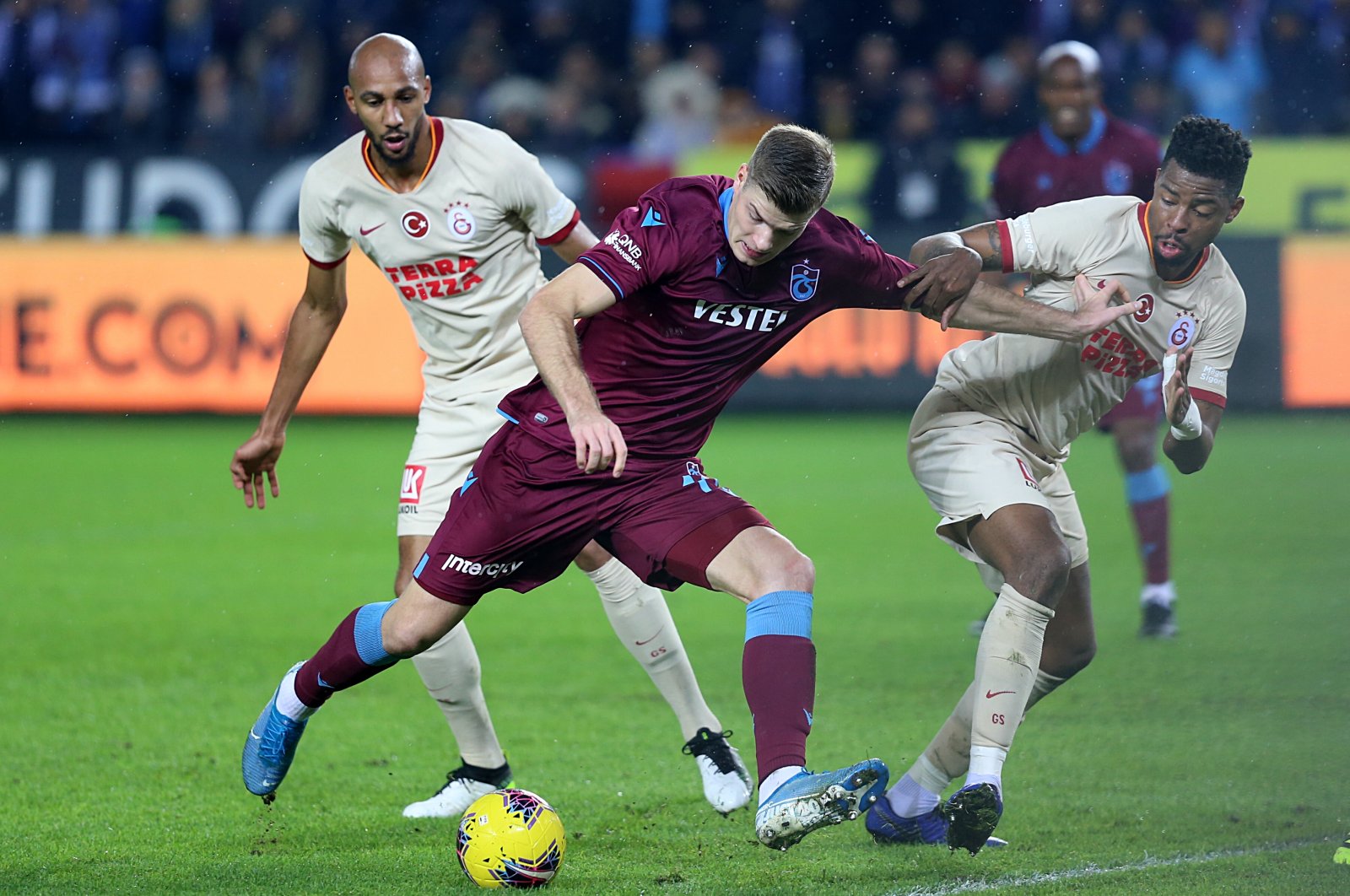 Get your calculators out, things are about to get hectic in Turkish Süper Lig.

Süper Lig’s game week 30 will kick off Friday with a mid-table clash between Denizlispor and Gaziantep, followed by some rather unremarkable ties, until Sunday, when defending champion Galatasaray hosts Trabzonspor in a match that can upset the balance at the top of the table.

While many consider Galatasaray’s chances for the Süper Lig title are all but gone after its 1-1 draw with leader Başakşehir last week, Fatih Terim’s men still have a sliver of a chance to win the league for the third year in a row.

Eight points behind Başakşehir and just five matches left in the season, a defeat will officially end Galatasaray’s Süper Lig campaign. A win, in the meantime, could help Galatasaray move up to the third spot if Sivasspor fails to secure three points at Kasımpaşa.

But it will not be an easy task for Terim. Besides veteran goalie, Fernando Muslera, who is out for the season with a broken leg, Terim is missing several other players through injuries. With Strikers Radamel Falcao and Adem Büyük, as well as defenders Christian Luyindama and Marcos Teixeira, all out with injuries, Terim will have to make do with a less than ideal roster.

A Galatasaray victory would also deal a devastating blow to Trabzonspor’s chances of winning the first league title in more than 25 years.

After losing the top spot to Başakşehir following a last-second draw at Alanyaspor, Trabzonspor's luck took a turn for the worse last week. This time it was held by the league's bottom club Ankaragücü.

Trailing Başakşehir by two points, Trabzonspor's only option will be defeating Galatasaray if it wants to continue its title claim. A draw for Hüseyin Çimşir’s side would only help Başakşehir and Sivasspor.

Çimşir will only have his defender Joao Pereira and Nwakaeme missing, with the former due to a yellow card suspension and the latter through injury.

The last league clash between the two sides ended with a 1-1 draw in December, with recent head-to-head statistics not favoring one side more than the other.

A win for Trabzonspor could also see the Black Sea side reclaim league leadership, but for that to happen, Başakşehir will have to lose points at Antalyaspor first.

A day before all the numbers game will play out, Başakşehir visit Antalyaspor on Saturday, where Okan Buruk’s men will look to solidify their position at the top.

Başakşehir will be the favorite of the clash in the Mediterranean province, as Antalyaspor has lost all six previous games, while not even scoring a goal in five of them.