Süper Lig's final week kicks off with nothing certain, except champions 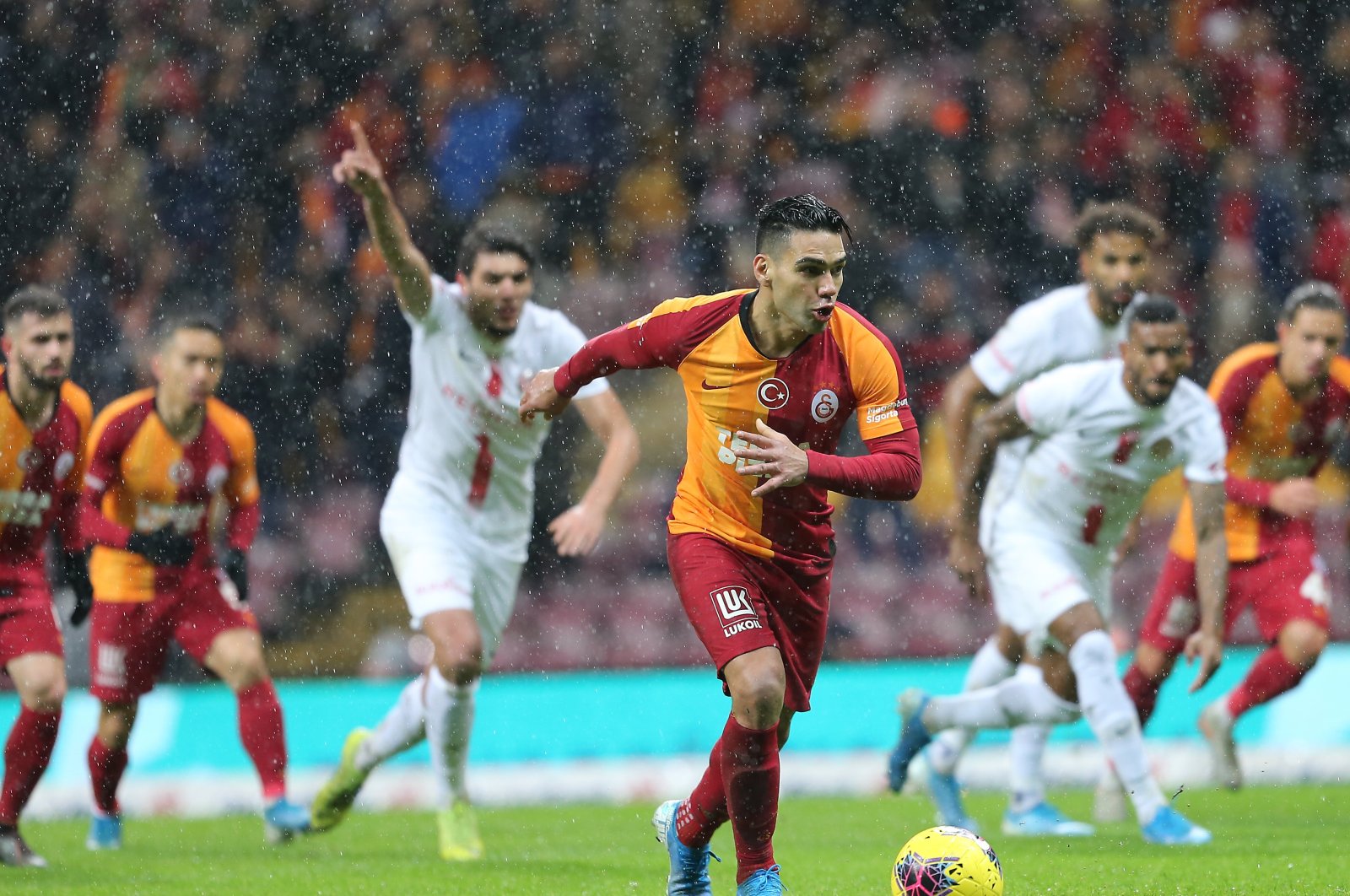 Despite Başakşehir winning the title last week, 11th-hour drama awaits the Süper Lig’s closing week as the top clubs will clash to secure tickets to Europe, while clubs at the bottom will fight to avoid relegation

The Süper Lig’s final matchday will kick off Friday with Galatasaray visiting Antalyaspor in a bid to secure the last available spot for Europa League, while four teams near the bottom of the table will fight to avoid relegation.

Standing in fifth place with 55 points, Galatasaray actually lost its chance to book a ticket for next year’s Europa League, but Trabzonspor’s one-year ban from Europe due to UEFA’s Financial Fair Play (FFP) rules will grant the Istanbul side the chance to compete in Europe if it can hold on to its spot.

Just a point away from Galatasaray, Alanyaspor eagerly hopes to overtake the Istanbul club should it fail to secure a victory over Antalyaspor.

On the Champion’s League side of things, Sivasspor will guarantee a place in group playoffs if it can hold on to third place, as the Anatolian side is just one point ahead of Beşiktaş.

Sivasspor will visit Göztepe on Saturday, while Beşiktaş will travel to the capital Ankara to face Gençlerbirliği the same day.

But just like Galatsaray’s Europa League hopes, Beşiktaş and Sivasspor’s Champions League aims depend on the outcome of Trabzonspor’s appeal to the Court of Arbitration for Sport (CAS).

UEFA in June handed Trabzonspor a one-year ban, saying that the Black Sea club had failed to meet the conditions of a settlement agreement it reached with the European football body in 2016 when it was found to have breached the FFP rules.

Trabzonspor appealed the decision and a verdict is expected next week.

Should the ban be overruled, Trabzonspor will be the side promoted to the Champions League group playoffs, but only if the Black Sea side can secure at least a draw in its clash with Kayserispor on Saturday.

At the bottom side of the table, four teams will compete to avoid being relegated.

Malatyaspor and Kayserispor are currently destined for relegation with 32 points each. Above them sit Denizlispor and Rizespor with 35 points each.

Malatyaspor and Kayserispor theoretically still have a chance to escape relegation, but that hinges on whether they can secure three points against their opponents and whether Denizlispor or Rizespor will lose.

Malatyaspor will welcome Gaziantep on Saturday, while Kayserispor will have a harder time hosting runner-up Trabzonspor.

For Denizlispor and Rizespor, things are looking slightly easier. A draw for both teams could mean guaranteeing a spot in next year’s Süper Lig season. Denizlispor will host Ankaragücü, which already got relegated lost week. As for Rizespor, the Black Sea club will travel to Istanbul to face Fenerbahçe.

The league came to a dramatic conclusion last week after Başakşehir won the Süper Lig championship following weeks of back and forth between the Istanbul side and Trabzonspor.

Ankaragücü also became the first team to be relegated to the second-tier Turkish Football Federation (TFF) First League after the capital side suffered a single goal defeat by Antalyaspor at home.

Apart from the Süper Lig, four teams in the second-tier First League are also competing to fill the last promotion spot for the Süper Lig.

Hatayspor became the first team to secure promotion to the Süper Lig after it became champion of the First League. Runner-up Erzurumspor snatched the second spot after finishing the regular season in second place.

For the third and final spot, four other teams were pitted against each other in a fierce playoff round.

Former Süper Lig champion Bursapor drew 0-0 with Adana Demirspor in the first leg of the semifinals, while Akhisarspor drew with Karagümrük 3-3 in a goal bonanza.

Both teams will play the second legs of the semifinals on Sunday, with the final set to be played on July 30.