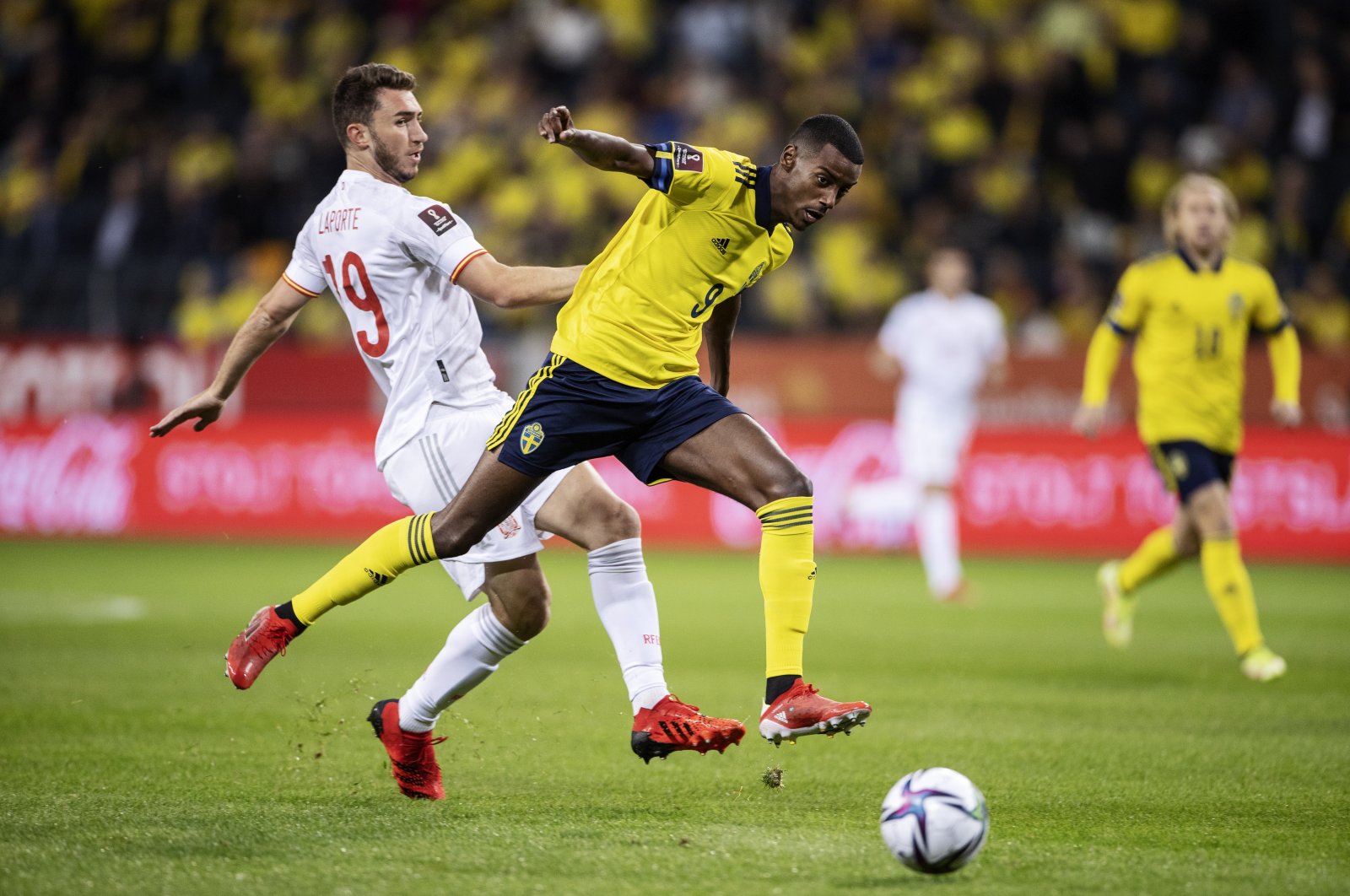 Viktor Claesson's second-half strike, after excellent work from Juventus winger Dejan Kulusevski, put Sweden two points clear of Spain at the top of Group B with a game in hand.

Carlos Soler had given Spain a fifth-minute lead, but Alexander Isak leveled for the hosts just a minute later.

Only the group winners qualify automatically for the 2022 tournament in Qatar, with the runner-up facing a play-off.

Spain has reached every World Cup since last failing to qualify in 1974, but has plenty of work to do to continue that run.

"Our position is getting very complicated, we no longer have it in our own hands," admitted Spanish skipper Sergio Busquets.

"We were playing well, but we missed that bit of luck. We have to continue, there are still many matches."

Italy extended its national record unbeaten streak to 35 matches, but it was not the celebration in Florence Roberto Mancini's men were hoping for as they returned to action following their penalty shoot-out triumph over England in the European Championship final in July.

Federico Chiesa gave the Azzurri the perfect start with the opening goal in the 16th minute, but Atanas Iliev's equalizer five minutes before half-time gave Bulgaria a 1-1 draw.

Italy, who missed out on the 2018 finals in Russia, remains top of Group C, but Switzerland, four points adrift, has two games in hand.

British media reported that Raheem Sterling and Jude Bellingham were targeted with monkey chants as England bounced back from their agonizing Euro final defeat by seeing off Hungary 4-0 in Budapest.

The majority of the 60,000 home fans booed Gareth Southgate's players as they took the knee to highlight racial injustice before kick-off, before repeatedly throwing missiles at the visiting team from the stands.

A flare was also launched onto the pitch.

"I didn't hear that (racist chants). I will talk to the boys and see if they heard any of it," England captain Harry Kane told ITV.

"We will have to report it to UEFA as the rules permit. If that is the case, hopefully, UEFA come down strong."

Sterling answered the hostile Puskas Arena crowd in the best possible way with a 55th-minute opening goal, before Kane and Harry Maguire both scored headers.

Declan Rice's late strike capped an excellent night on the pitch for England as they maintained their 100% record with a fourth straight victory in Group I.

Poland now sits second in the table, five points behind England who they meet in Warsaw next week, after Robert Lewandowski netted in a 4-1 win over Albania.

Germany struggled for long periods against Liechtenstein in St. Gallen but eventually won 2-0 for a crucial three points.

Flick was visibly frustrated at times but will be happy that his two much-maligned forwards, Timo Werner and Leroy Sane, both got on the scoresheet.

The four-time world champion next host group leader Armenia, who it trails by one point, on Sunday.

Armenia was held to a goalless draw by North Macedonia.

Romelu Lukaku scored a double as Belgium cruised to a 5-2 success over Estonia in Tallinn.

Roberto Martinez's men are three points ahead of the Czech Republic, who beat Belarus 1-0, at the top of Group E.