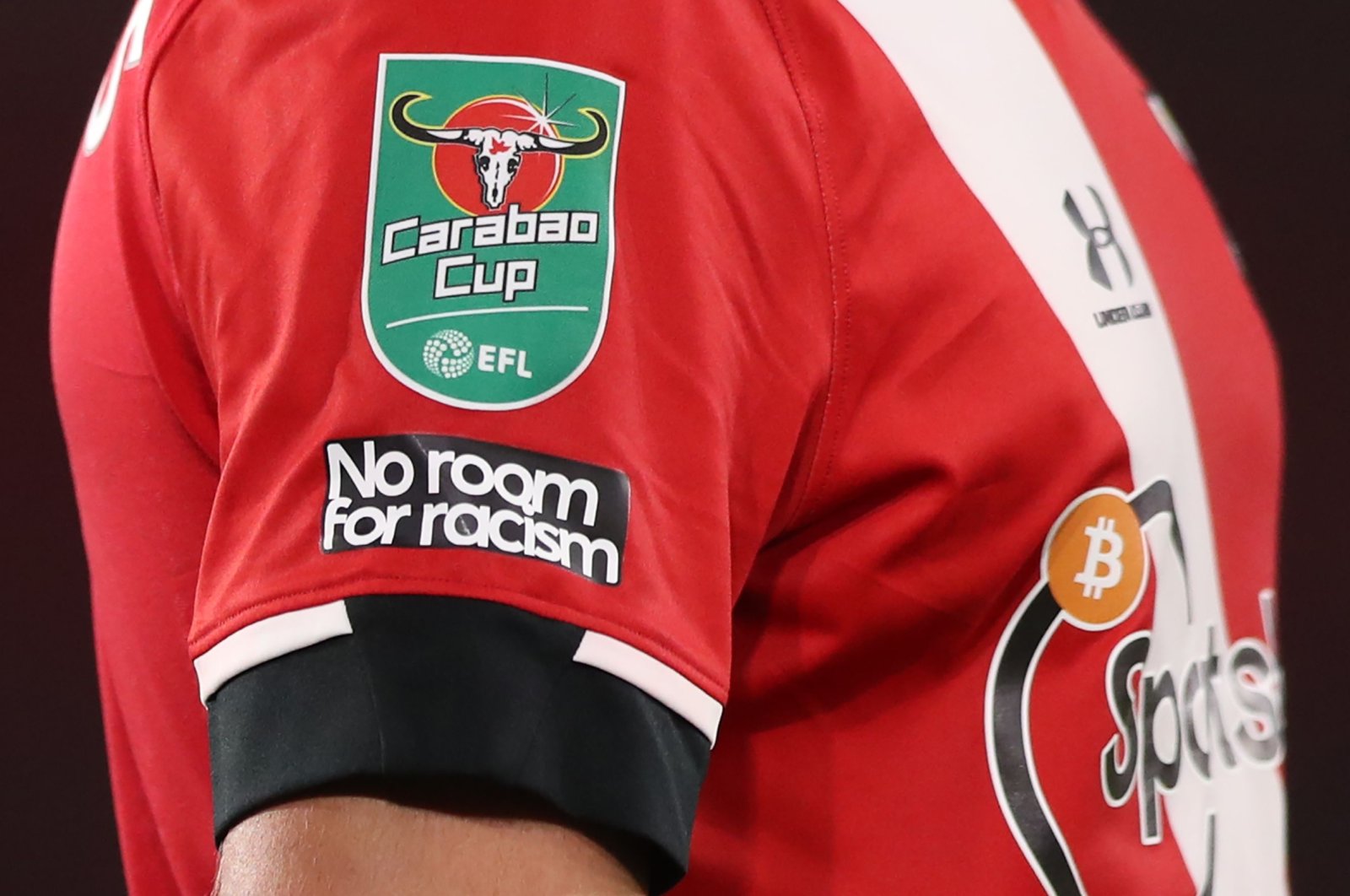 An anti-racism slogan reading "No Room For Racism" on the sleeve of Southampton's English defender Jack Stephens during the English League Cup second round football match between Southampton and Brentford at St. Mary's Stadium in Southampton, southern England on Sept. 16, 2020. (AFP Photo)
by DAILY SABAH WITH AA Sep 19, 2020 5:14 pm

The incident occurred during a game between Halmstad and Umea earlier this week. Releasing an immediate statement, Halmstad announced that Djuric’s attitude was completely unacceptable, removing him from the squad list in a game against Akrobis.

Speaking to the FotbollDirekt channel, Yaldır said that he will not stay silent against such racist incidents anymore.

He added that he accepted Djuric’s apology but more is needed to handle racism worldwide.

Djuric is expected to receive a fine from the Swedish Football Association after Yaldır’s appeal.

Previously, another Swedish player of Turkish origin Jimmy Durmaz was subjected to a storm of racial hatred and threats on social media after giving away the free kick that led to Toni Kroos's late win for Germany in their Group F World Cup clash on Saturday.

The Swedish Football Association filed a police complaint in the wake of a spate of threats and racial slurs targeting Durmaz.