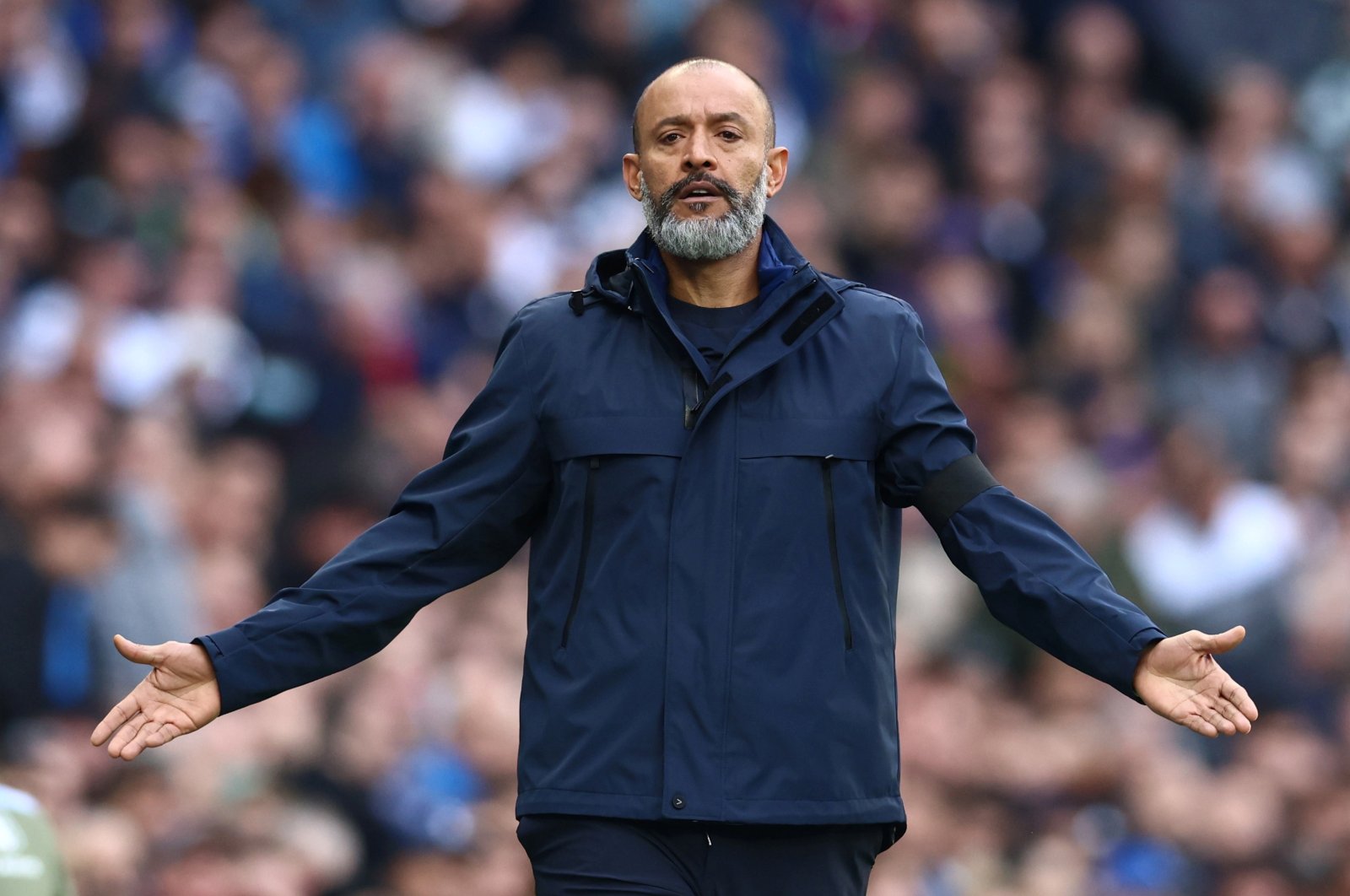 Spurs were defeated 3-0 at home by Manchester United on Saturday – their fifth league defeat in 10 matches – with fans booing and chanting "You don't know what you're doing."

Fabio Paratici, managing director of football, said in a club statement: "I know how much Nuno and his coaching staff wanted to succeed and I regret that we have had to take this decision.

"Nuno is a true gentleman and will always be welcome here. We should like to thank him and his coaching staff and wish them well for the future."

The statement said a further coaching update would follow in due course.

Former Wolves manager Nuno, 47, was announced as the new boss of the north London club in June, replacing Jose Mourinho.

Nuno guided Wolves from the second-tier Championship into the Premier League in 2018 and secured consecutive seventh-place finishes in their first two seasons back in the top-flight before a 13th-place finish last term.

Tottenham was a regular top-four finisher under former boss Mauricio Pochettino, now manager of Paris Saint-German, reaching the Champions League final in 2019, but has not won silverware of any description since 2008.