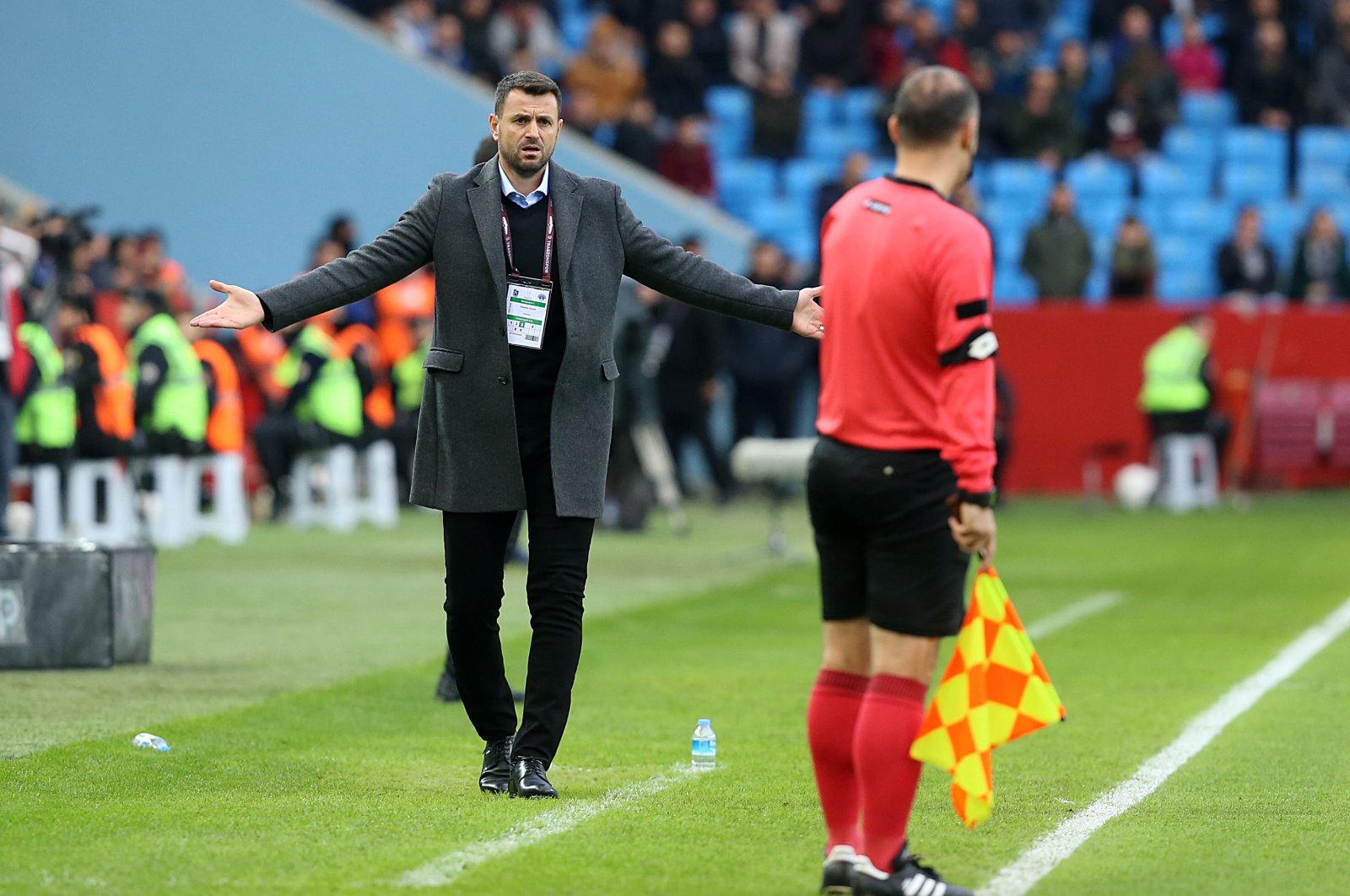 "The contract between our club and head coach Hüseyin Çimşir was mutually terminated," Trabzonspor said in a statement.

Second-place Trabzonspor thanked Çimşir for his efforts and service and wished him success for the rest of his career.

Çimşir, 41, was a longtime Trabzonspor defensive midfielder and accumulated 266 appearances for the Black Sea club during his tenure as a player.

Before retiring in 2013, Çimşir went on to win the Süper Lig title with Bursaspor in 2010, widely considered a milestone in Turkish football. Bursaspor was the fifth team to win a Süper Lig title in the league’s history at the time.

After his retirement, Çimşir shifted his career to coaching, working as an assistant coach in various Turkish clubs, including Akhisar and Konyaspor. He arrived at Trabzonspor in 2018 and was promoted to head coach in January.

Çimşir’s departure followed a string of dramatic, last-minute losses by Trabzonspor that cost the Black Sea side the Süper Lig title. Trabzonspor was considered to be the strongest candidate for the league title and held the top spot during the build-up to the final weeks of the Süper Lig.

Point losses due to consecutive last-minute upsets, however, saw Başakşehir snatch the championship from Trabzonspor, which went on to win the league on Sunday.