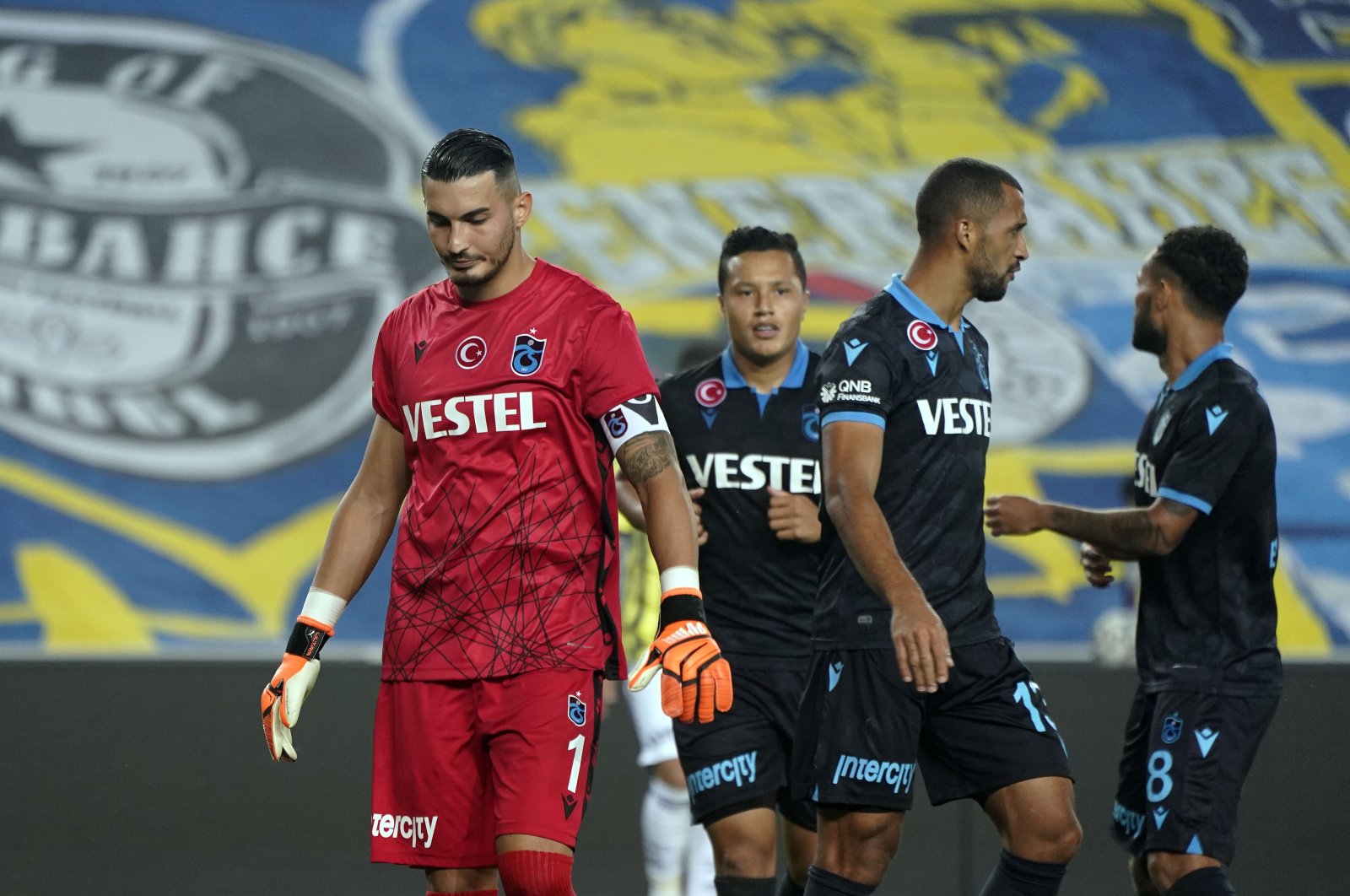 After weeks of derbies and high-stakes clashes, top-flight Süper Lig will finally see a relatively calm matchday with no games particularly standing out

A reinvigorated Fenerbahçe will shoot for the top spot, while last year’s title contender Trabzonspor hopes to put an end to a disastrous run as Süper Lig’s Week 7 kicks off Friday.

Cast down to the depths of the relegation zone after ending last year as runner up, Trabzonspor has been through turbulent times.

Making a mediocre start to the season with two draws and a win, the Black Sea club’s Süper Lig campaign took a turn for worse after it suffered two stinging defeats in a row at the hands of its greatest rivals.

First was the Başakşehir, which snatched the Süper Lig trophy from Trabzonspor during the closing weeks of last season. Despite arriving at Trabzonspor’s home without a single goal scored, Başakşehir returned home with a 2-0 victory.

And last week, Trabzonspor was further humbled by its archrival Fenerbahçe, which hammered the Black Sea side 3-1 at Şükrü Saraçoğlu Stadium in Istanbul.

It wasn’t surprising that after two back-to-back defeats by the club’s greatest rivals gave way to complaints about the club’s new coach Eddie Newton.

After arriving at the club in February as an assistant manager, Newton found himself quickly promoted to head coach during the summer. But with Trabzonspor standing in the relegation zone with just five points, Newton could fall as quickly as he rose.

After the Fenerbahçe defeat, local media in the Black Sea region was quick to point the finger at Newton for the poor results.

Trabzonspor will host Istanbul side Kasımpaşa in Friday’s doubleheader. While Trabzonspor enjoys a superiority against its rival in their past meetings, the Black Sea club’s low morale could create an opening for Kasımpaşa to exploit.

Newcomer Erzurumspor will visit Istanbul’s Karagümrük for Friday’s other match. Standing at fourth place with eight points, a win could propel the Istanbul club to third place, above Galatasaray.

But for that to happen, Galatasaray would need to drop points on Saturday, when the Istanbul powerhouse hosts the capital side Ankaragücü.

Standing at the very bottom of the table with three losses and a draw, Ankaragücü earned only a single point but also has two extra games to play.

Previously destined to be relegated last season and only to be saved by the Turkish Football Federation’s (TFF) decision to postpone relegations over COVID-19 interruptions, Ankaragücü failed to improve itself so far and appeared to be wasting its second-chance.

And with its poor form, it could be just what Galatasaray coach Fatih Terim is looking for.

Left only with Süper Lig campaign after getting knocked out in Europa League playoffs, Terim had to endure judgment from fans and pundits for the past weeks after the Lions lost leadership spot to Alanyaspor.

Opponents of Terim argued that the legendary Turkish coach has lost his tactical edge and blamed him for favoring some players, including Arda Turan, whose transfer to the Istanbul side has divided the supporters.

Standing at third place with 10 points, a win over Ankaragücü will keep Galatasaray in the title race and help Terim fend off any further criticisms.

Sunday will see defending champion Başakşehir seek to further its recovery with a third victory in a row as it visits Konyaspor.

Finding its first victory five weeks into the season, Başakşehir appeared to have recovered from its poor form with a second win after hammering Antalyaspor 5-1 last week.

Losing its two Champions League matches, any surprise setback could cause Başakşehir to fall further behind and depress an already fragile team.

While Beşiktaş managed to secure three points, the win did not come without a scare. After making it 3-0, the Black Eagles was suddenly left with 10 men following Josef De Souza’s red card. Quickly capitalizing on the opening, Denizlispor netted two goals but ultimately fell short of earning a point.

Saturday’s match will be vital for Beşiktaş coach Sergen Yalçın to keep onto his post after his managerial capabilities were called into question over the team’s poor form.

The matchday will end on Monday with Fenerbahçe visiting the Mediterranean side Antalyaspor.

After making its best start to the season in many years, Fenerbahçe emerged as the strongest contender for the title so far.

Enjoying a three-match winning streak and no losses so far, the Yellow Canaries has 14 points, two below leader Alanyaspor.

With Antalyaspor showing weakness in the past three weeks with only a single point to its name, coach Erol Bulut and his men could see themselves at the top if Alanyaspor drops points at Göztepe.

Leader Alanyaspor was set to visit Göztepe in Izmir on Saturday, but the match was postponed after a magnitude 6.6 earthquake shook the Aegean city on Friday, leading several buildings to collapse.

For Monday’s other match, Sivasspor will visit Hatayspor, which returns to action following a two-week break due to coronavirus. Hatayspor had its two previous matches postponed after the club reported 17 of its players had tested positive for COVID-19, making it one of the worst coronavirus outbreaks at a Turkish sports club.