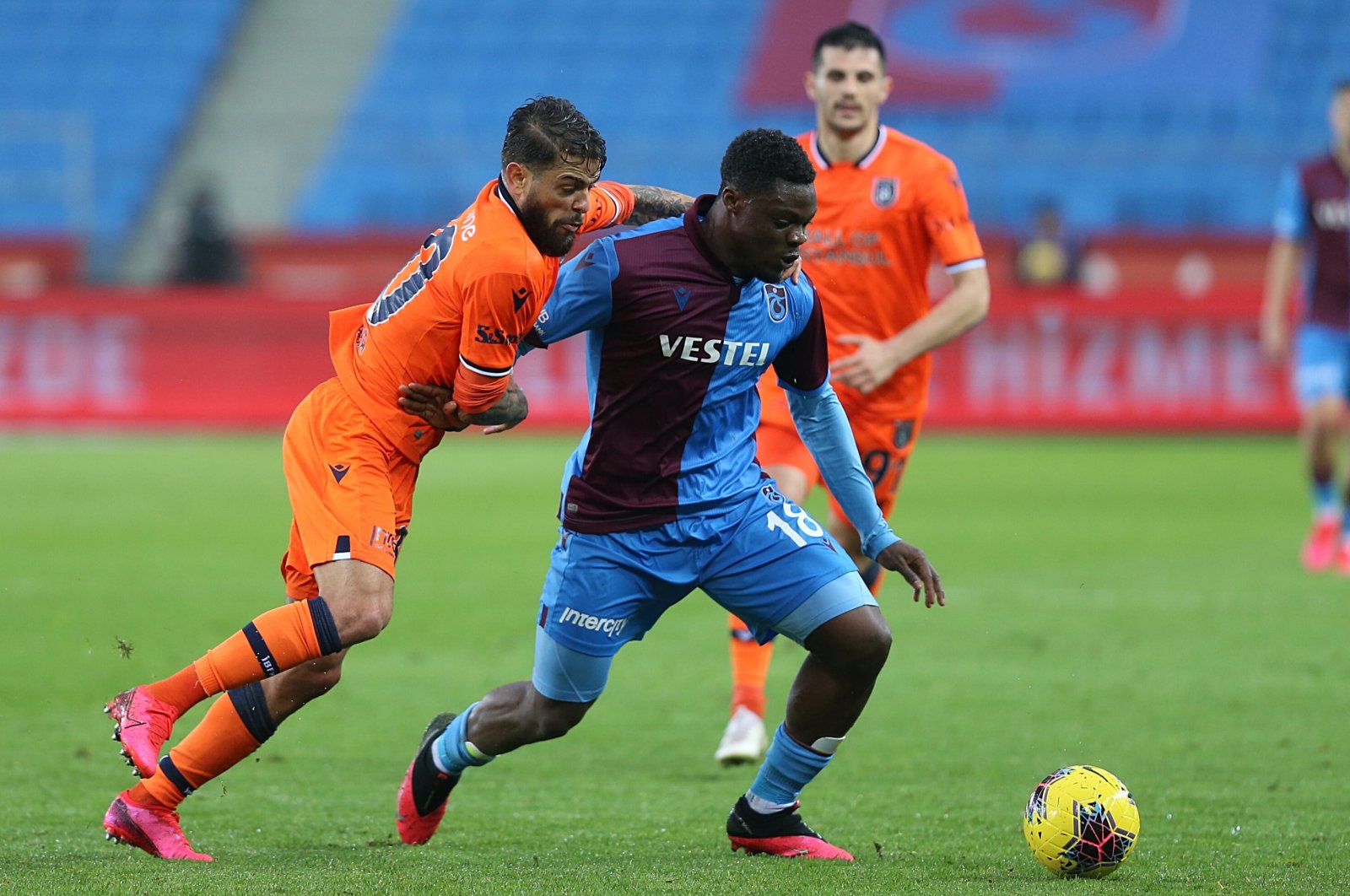 Turkey’s top-flight Süper Lig resumes after the international break with a revenge plot, as last year’s runner-up Trabzonspor will welcome Başakşehir and have a chance to get payback for losing last year’s title at the last minute.

Week 5 will begin with back to back matches on Saturday. Starting with a relegation zone clash between capital side Ankaragücü and Black Sea club Rizespor, the matchday will be followed by two other games before the marquee event of the weekend.

The highlight of the matchday will be the clash between last year’s title rivals Trabzonspor and Başakşehir, which will start at 7 p.m. local time.

While the match would have been a big deal for the Süper Lig regardless of the two team’s past, last year’s drama will no doubt add to Saturday’s clash.

Trabzonspor caught its biggest break to snatch a Süper Lig trophy in nearly four decades and entered the final stretch of last season as the leader and favorite, only to see Başakşehir usurp the former champion in the closing weeks.

Licking its wounds during the summer break, Trabzonspor has been waiting for a chance to hit its opponent where it hurts, and the weekend’s match might give the Black Sea club the chance to add insult to an already injured Başakşehir.

Losing four matches and drawing only once, a defeat at Trabzonspor would be humiliating for Başakşehir coach Okan Buruk and could send the champion team into disarray.

While the club executives voiced their confidence in Buruk and his players, the Istanbul club failed to score a single goal in 360 minutes and a continued poor performance or a potential humiliation might set off calls for dramatic action before things get out of hand.

One saving grace for Başakşehir will be the departure of Alexander Sorloth from Trabzonspor. The top scorer of the Süper Lig last year with 24 goals, Sorloth was also the biggest threat Trabzonspor could wield against its contenders.

After negotiations to extend the loan deal with Crystal Palace ended up in failure, Sorloth returned to his Premier League club only to sign with Bundesliga club RB Lepizig for 20 million euros ($23 million).

Başakşehir also has the statistics behind it. The Istanbul side won four times and never lost in its 10 previous meetings with Trabzonspor. But whether history will repeat itself or be written anew will depend on Buruk’s ability to shake things up at his side.

Sunday will see two of Istanbul’s “Big Three” take on their opponents, while the third, Beşiktaş, will be absent throughout the weekend.

Fenerbahçe will travel to the Aegean province of Izmir to meet Göztepe, where a win could send the Istanbul powerhouse to the top of the table.

Making a better-than-expected start to the season under the helm of its new coach Erol Bulut, Fenerbahçe stands in second place with eight points, just two below leader Alanyaspor.

And with Alanyaspor visiting Galatasaray in Istanbul, the night could end with Fenerbahçe and Galatasaray, Turkey’s two largest clubs, sharing the first and second place between them.

Standing at fourth place with seven points, Galatasaray was toppled from the top spot by Kasımpaşa last week with a 1-0 defeat. Having his European campaign brought to an abrupt end with a send-off from Europa League by Scotland’s Rangers, disgruntled fans were quick to point the finger at coach Fatih Terim.

Trying to fend off criticism and not having a European campaign to focus on, Terim and his men will give everything they've got to avoid falling further away from leadership on Sunday.

Meanwhile, Istanbul’s remaining major club, Beşiktaş, won’t have a match this weekend. After the Süper Lig roster swelled to 21 teams instead of 18 following the Turkish Football Federation’s (TFF) decision to remove relegation over COVID-19 interruptions, one team gets to rest due to the uneven number of teams in the league.