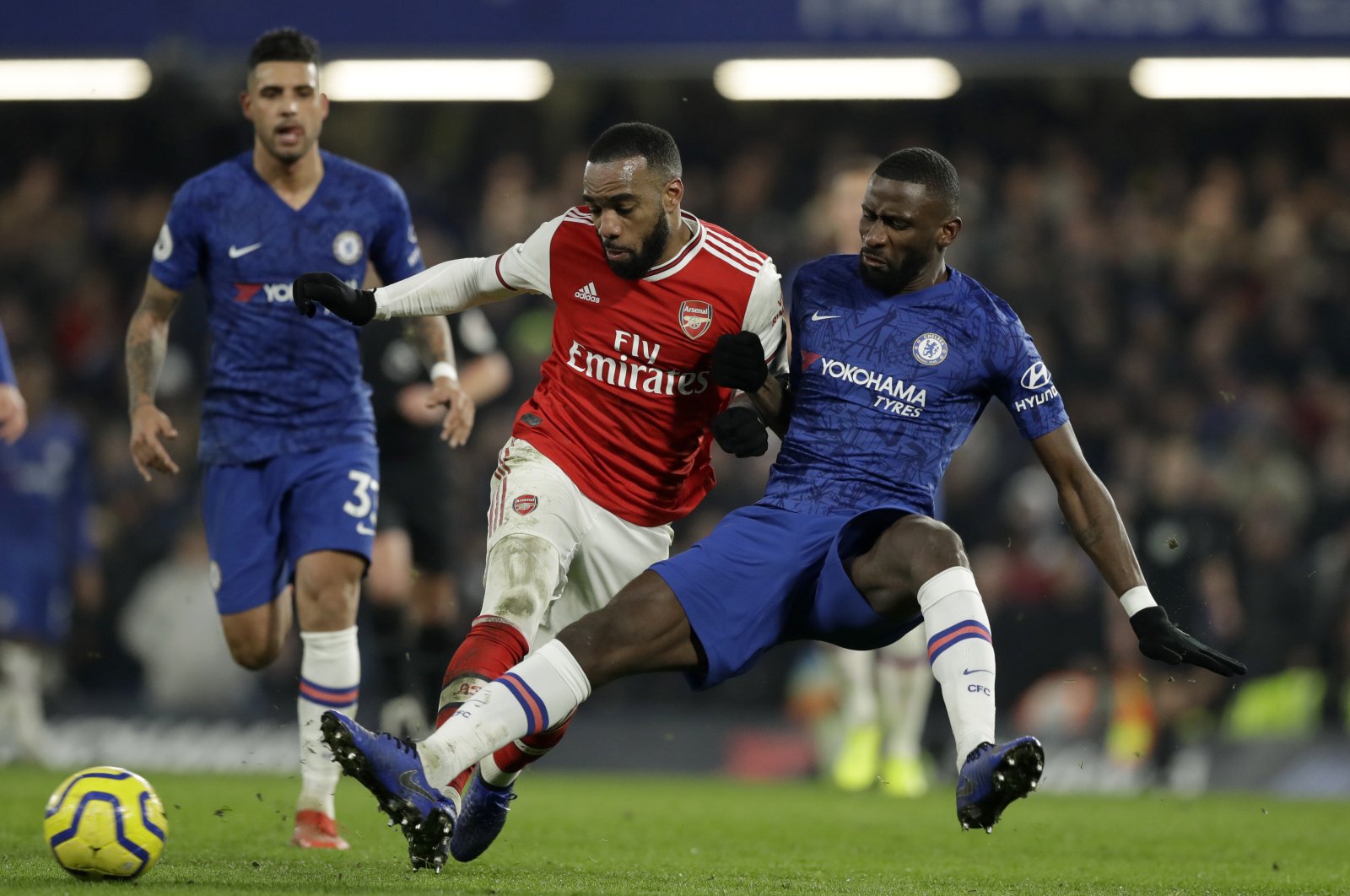 Struggling Arsenal prepares to head into a tough home clash with highflying London rival Chelsea for a Boxing Day derby at the Emirates Stadium on Saturday.

Arsenal has not picked up a domestic win since Nov. 1 and is just four points clear of the relegation zone in 15th place, while Chelsea is hunting for a top-four spot in fifth.

However, Chelsea coach Frank Lampard refused to comment on Arsenal’s poor form as he reckons any derby match provides added incentive and motivation.

"It's not my concern exactly where they are at. My concern is the team at face value in terms of quality, and they are a high-quality team," Lampard was quoted as saying by Deutsche Presse-Agentur (dpa).

"They have had some tough results recently. When you play a derby, form does go out the window. Sometimes the idea of playing a derby is the spur the team needs to try and get a result. We have to expect the best Arsenal," he said.

Lampard confirmed that Ben Chilwell and Hakim Ziyech are "both doubtful" for Boxing Day with Chilwell sustaining an ankle injury on Monday against West Ham. Ziyech is likely to return from a muscle strain next week.

Arteta, meanwhile, understands his job as manager is under threat after a heavy 4-1 defeat to Manchester City in Tuesday's English League Cup quarterfinals.

"It is something that we are fighting against, but we're going to keep fighting. There isn't any other way," Arteta said.

United look to build on momentum

Earlier in the day, Leicester City will welcome Manchester United to open the Boxing Day action as both teams look to close the gap on leader Liverpool.

United may have taken its time to hit top gear in the Premier League this season, but Ole Gunnar Solskjaer's side could find itself in second place and within two points of Liverpool with a win.

Solskjaer faced questions over his future after United's Champions League exit in the group stage and the team’s struggles at home, but the Norwegian has overseen six wins and a draw in seven league games to take his side up to third place with 26 points.

Having shaken off the cobwebs with a 6-2 home win against bitter rival Leeds United last weekend, United will bank on its perfect away record when it travels to Leicester, which is one point above Solskjaer's team but has played a game more.

Only Liverpool can match Leicester's tally of nine wins this season, but Brendan Rodgers' Foxes has also lost five of its 14 games so far – more than any of the top six teams – and was beaten 2-0 by Everton in its last home game.