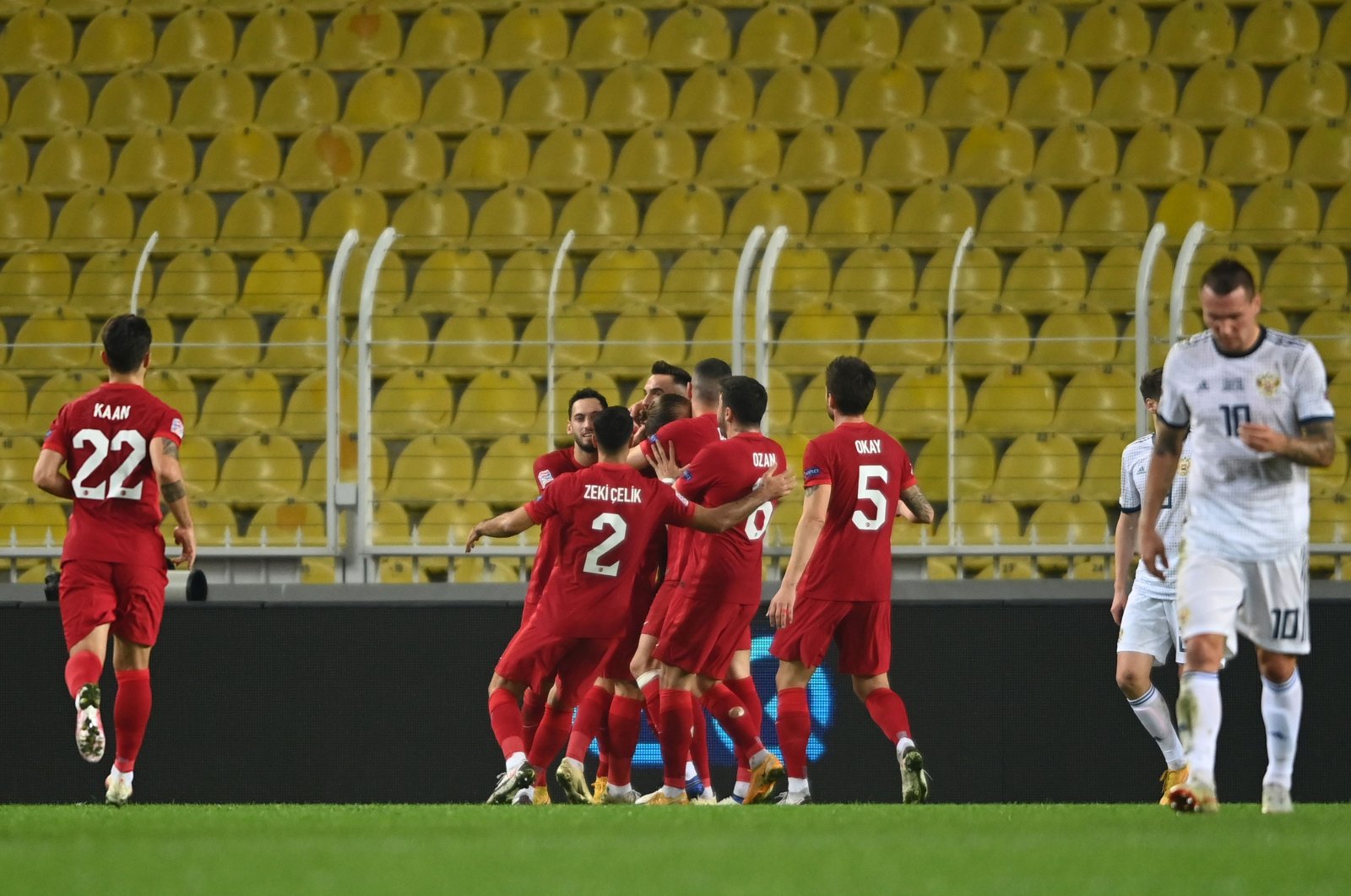 Turkey grabbed its first UEFA Nations League win Sunday after defeating group leader Russia 3-2, with the help of an early red card for the visitors.

Denis Cheryshev gave Russia an early lead but the visiting side was left a man short in the 24th minute after a poor back pass by Magomed Ozdoev left Cenk Tosun with a clear run on goal. Semenov unceremoniously brought him down and was sent off.

Turkey immediately equalized following the red card with Kenan Karaman, who finished with a header into an empty net in 26th after connecting with Caner Erkin's lofted pass.

The second half of the game opened with another reckless play by Russia defense with Daler Kuzyayev's tackle inside the box awarding a penalty for Turkey.

Cenk Tosun slotted the penalty to the opposite side of Russia goalkeeper Guilherme Marinato to make it 3-1 for Turkey.

Turkey's extended lead was cut short, however, after Daler Kuzyaev collected a pass from Vyacheslav Karavaev and rifled a shot into the bottom right corner to make it 3-2.

Sunday's victory not only kept Turkey's hope for promotion into top-tier League A, but it also sent the group wide open into possibilities.

Standing with eight points, Russia was joined by Hungary at the top, which drew 1-1 with Serbia in the other match of the group.

Turkey stands third with six points and still has a chance to finish the group at the top if coach Şenol Güneş and his players can win against Hungary on Wednesday. But it will also require Serbia to at least draw with Russia.

Turkey will have to face Hungary without Leicester winger Ünder due to a yellow card suspension.

Speaking after the match Güneş said he was proud of his players for delivering a much-needed win.

"We lost far too many balls. We couldn't keep up with our opponent. But we fixed our game later on, and when they were left with 10 men, we started to push them. We were better in the first half," he said.

"They are a physically great opponent. I congratulate my players for their efforts and their desire to win. The players and we, and the whole country needed a win like this."