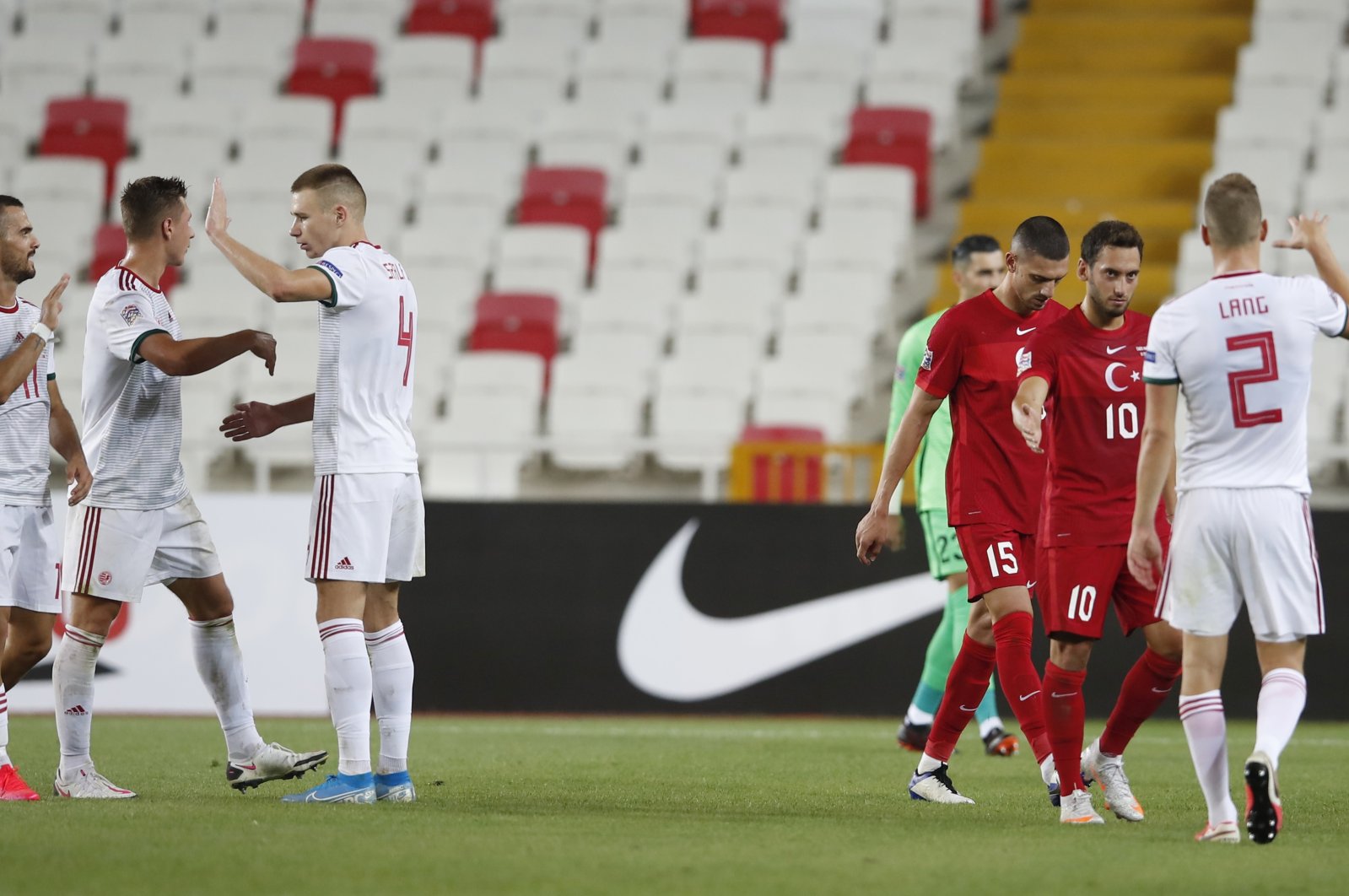 Turkey is off to a poor start to its UEFA Nations League campaign after suffering a 1-0 defeat against Hungary on Thursday.

For most of the part, the League B Group 3 match was a drab affair as both teams adopted a rather cautious approach.

After going goalless for 80 minutes, a spark of brilliance from Hungarian youngster Dominik Szoboszlai broke the deadlock.

Çakır, who otherwise had a brilliant evening pulling off a couple of brilliant saves, was left totally flatfooted by the precision strike.

Hosts Turkey, however, had looked the more vulnerable side after coach Şenol Güneş decided to field a young, untested side.

The first attack came from Hungary in the fourth minute but Adam Szalai’s shot was blocked by Çakır.

The young Turkish goalkeeper made a few more saves to keep his team level against a Hungary side that looked firmly in control of the game.

The visitors were also denied by the woodwork, twice. First, it was Szoboszlai, who hit the woodwork in the 19th minute, and then it was Filip Holender who hit the post in the 31st minute.

The first half ended in a stalemate.

The Turkish side made a better start to the second half but it only lasted the first 15 minutes. Its inexperience was evident in the midfield and near Hungary’s penalty area.

Turkey's experienced frontman Burak Yılmaz looked slow and out of touch. First, he was booked for a mistimed tackle in the 37th minute, and then he missed Turkey’s only clear chance of the match in the 51st minute.

Hakan Çalhanoğlu, another experienced campaigner for Turkey, looked sharp at times, playing some key passes but had little help from the forwards Yılmaz and Yusuf Yazıcı, who replaced Ahmed Kutucu in the second half.

Hungary came close to scoring in the 65th minute with a Willi Orban header but was again denied by Çakır with a brilliant reflex save.

Turkey tried hard to press ahead but the visitors defended well, before finally breaking through with the Szoboszlai wonder strike after Adam Lang was fouled by İrfan Can Kahveci.

The goal was enough to hand Hungary three points which puts them in second place in League 3 Group B.

In the other match of the group, Russia beat Serbia 3-1.

Turkey will travel to Serbia for its next match on Sunday.